The key to speed? 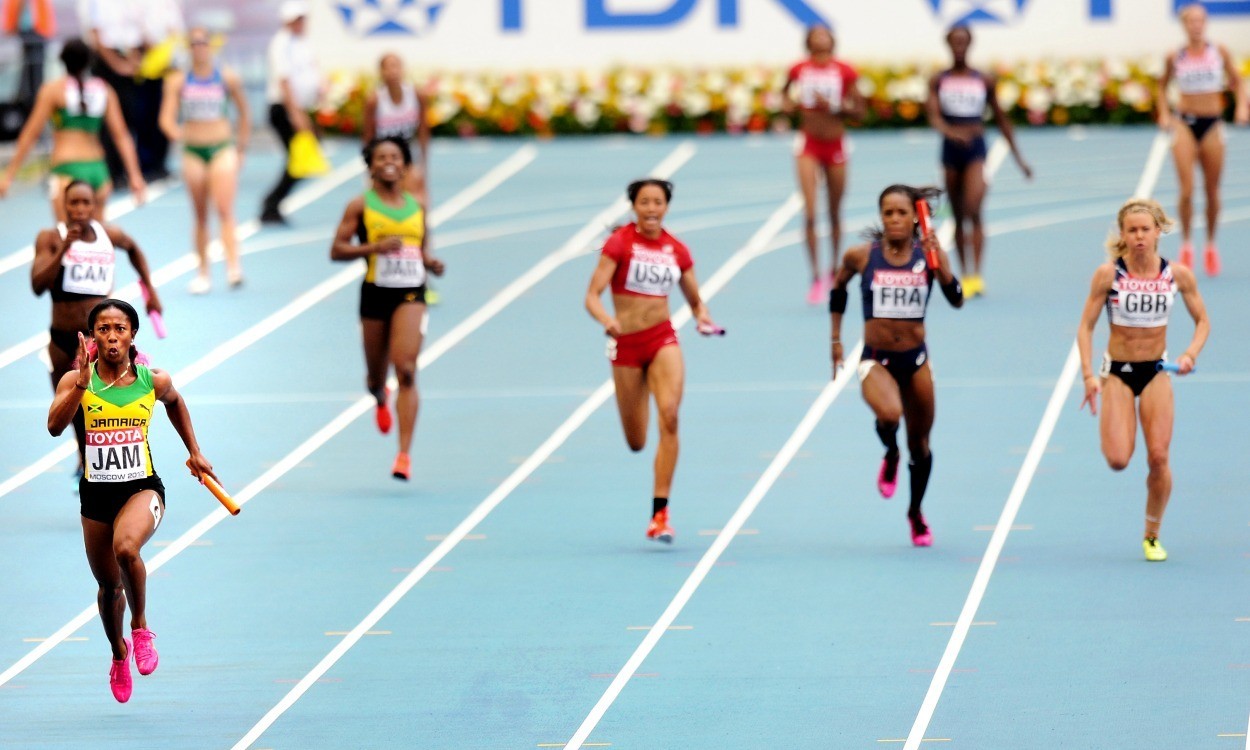 Two new studies at Southern Methodist University, Dallas, have shown that the world’s fastest sprinters have unique gait features that account for their ability to achieve fast speeds.

They suggest that the secret to elite sprinting speeds lies in the distinct limb dynamics sprinters use to elevate ground forces upon foot-ground impact.

Human biomechanics expert and lead author on the studies, Ken Clark, a researcher in the SMU Locomotor Performance Laboratory said: “Our new studies show that these elite sprinters don’t use their legs to just bounce off the ground as most other runners do. The top sprinters have developed a wind-up and delivery mechanism to augment impact forces. Other runners do not do so.”

The findings address a major performance question that has remained unanswered for more than a decade. Previous studies had established that faster runners attain faster speeds by hitting the ground more forcefully than other runners do in relation to their bodyweight. However, how faster runners are able to do this was fully unknown. That sparked considerable debate and uncertainty about the best strategies for athletes to enhance ground-force application and speed.

Clark added: “Elite speed athletes have a running pattern that is distinct. Our data indicates the fastest sprinters each have identified the same solution for maximising speed, which strongly implies that when you put the physics and the biology together, there’s only one way to sprint really fast.”

“We found that the fastest athletes all do the same thing to apply the greater forces needed to attain faster speeds. They cock the knee high before driving the foot into the ground, while maintaining a stiff ankle”

Study co-author and running mechanics expert Peter Weyand, director of the SMU Locomotor Performance Lab, said: “The critical and distinctive gait features identified by the study’s authors occur as the lower limb approaches and impacts the ground. We found that the fastest athletes all do the same thing to apply the greater forces needed to attain faster speeds.

“They cock the knee high before driving the foot into the ground, while maintaining a stiff ankle. These actions elevate ground forces by stopping the lower leg abruptly upon impact.”

The new research indicates that the fastest runners decelerate their foot and ankle in just over two hundredths of a second after initial contact with the ground. The study included track athletes who specialised in 100m and 200m events and more than half had international experience and had participated in the Olympics or World Championships. All the athletes in both groups had midfoot and forefoot strike patterns. Their running mechanics were tested on a custom, high-speed force treadmill that allowed the researchers to capture and analyse hundreds of footfalls at precisely controlled speeds.

The researchers measured ground-force patterns over a full range of running speeds for each athlete from a jog to top sprinting speed. Clark reported: “We looked at running speeds ranging from 3-11m/sec. Earlier studies in the field of biomechanics have examined ground reaction force patterns but focused primarily on jogging speeds between 3-5m/sec. The differences we found became identifiable largely because of the broad range of speeds we examined and the calibre of the sprinters who participated in the study.”

The classic spring model of running does not explain the unique gait features of top sprinters.

The contemporary view of running mechanics has been heavily influenced by the simple spring-mass model, a theory first formulated in the late 1980s. The spring-mass model assumes the legs work essentially like the compression spring of a pogo stick when in contact with the ground. In this theory, during running at a constant speed on level ground, the body falls down out of the air. Upon landing, the support leg acts like a pogo stick to catch the body and pop it back up in the air for the next step. It’s been generally assumed that this classic spring model applies to faster running speeds and faster athletes as well as to slower ones.

After the researchers gathered ground-reaction force waveform data, they found that sprinters differed from other athletes. From there they compared the waveforms to those predicted by the simple spring in the classic model. Clark remarked: “The elite sprinters did not conform to the spring-model predictions. They deviated a lot, specifically during the first half of the ground-contact phase. Our athlete non-sprinters, on the other hand, conformed fairly closely to the spring-model predictions, even at their top speeds.”

Sprinters have a common mechanical solution for speed – one that athletes who aren’t as fast do not execute. Clark concluded: “This provides scientific information so coaches and athletes can fully identify what to train. It is our hope that our results can translate into advances in evidence-based approaches to training speed.”