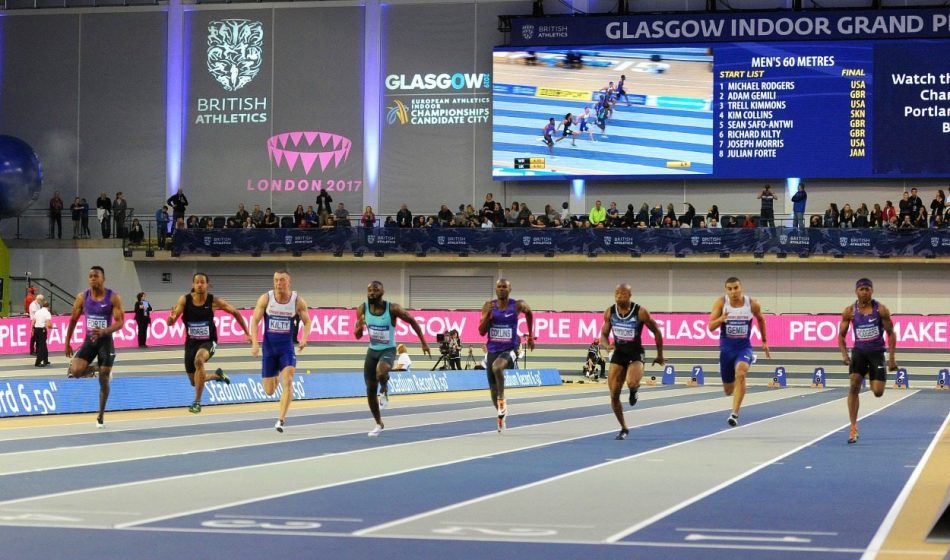 The Glasgow Indoor Grand Prix was ranked the world’s top one-day indoor meeting this winter, but what does it take to create such an event? 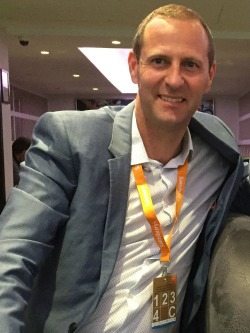 Winners in the Scottish city included global champions Mo Farah, Dafne Schippers and Markus Rehm and AW caught up with the man responsible for getting them there – Spencer Barden.

A former British international who competed at six World Cross Country Championships, Barden took up athletics at around the age of 10 and has been involved with the sport ever since.

Now an athletics event consultant, the 42-year-old works with British Athletics as the federation’s athlete liaison director recruiting the fields for the Indoor Grand Prix as well as for the Birmingham and London Diamond League meetings.

“The Indoor Grand Prix is again the No.1 meet in the world on the ranking list of all the indoor meets so far this season, which is great,” Barden says, with the meeting claiming top spot on the All-Athletics.com list. “It reinforces the fact that it is the world’s best one-day indoor meet, so we are pleased about that. That reflects the quality of the athletes competing, the fields that we put together and obviously the results from the weekend as well.”

“I work as a consultant to British Athletics on organising their events,” explains Barden. “Basically my role is to recruit the fields for the Indoor Grand Prix, and also for the London and Birmingham Diamond League meetings.

“I worked for the federation for 12 years before starting up as a consultant about 18 months ago. My role is to oversee all the operational side of attracting the athletes to come and compete at the meeting and then managing the athletes while they are here during the event.

“I always knew that I wanted to stay involved in athletics and hopefully one day work within the sport,” adds Barden, who was coached by George Gandy at Loughborough and considers competing for GB and at some of the big indoor and outdoor grand prix events among his racing career highlights.

Having started working for British Athletics in 2002 while he was still competing, Barden joined full time in 2005 within the development programme for endurance. For a number of years he formed part of the GB team management for events such as the World and European Cross Country Championships and also at the 2008 Olympic and Paralympic Games.

Barden, who in the past has also organised the elite fields for The Great Run Company’s Great CityGames, then worked with Ian Stewart as endurance manager from 2009, when Stewart was head of endurance. “I was also the assistant meet director when Ian was there, so that’s how I got more involved within events,” explains Barden.

“In 2013 I took over as the athlete liaison director for British Athletics. My first meeting was the Birmingham Indoor Grand Prix
and since then I’ve organised both the Diamond League meetings in London and Birmingham and continued with organising the Indoor Grand Prix as well.”

“It starts back many months before,” Barden says on the initial stages of event planning. “Six months, even as far as 12 months before, you’re looking at firstly where the event sits in the calendar – both the domestic and the global calendar. The Indoor Grand Prix is also part of the IAAF World Indoor Tour, which is a new concept introduced this year and sees athletes score points as part of the series.

“I have to look at which events we have in the meeting and that starts back in September or October time. We have some events set within the programme, such as the Tour events – there were 10 events for us this year in the programme – and then we will include additional events which are non-Tour events, that will focus on maybe events with key British athletes.

“We need to fill a certain amount of air time with BBC TV, so it is important that we have the right number and balance of events to make a good meeting. You have to give a good balance between field events and track events and that all has to fit together with the air time we have to deliver the meeting.”

“Recruitment of the athletes really starts around October or November initially,” explains Barden. “We have to look at when we launch the event and when we go on sale with our tickets and which key athletes can help promote the meet.

“I confirmed Mo Farah for Glasgow in around November,” he adds. “He was one of the key athletes from a British point of view that we used to promote the event from the outset. That builds over the months, then we introduce other athletes.

“Obviously the public want to see the best of the British athletes, so it’s important that we try and confirm those athletes early on. But spectators are also coming to watch the best athletes in the world, so in a way it’s like putting a jigsaw puzzle together. You’ve got the events, which are all the pieces. Those start fitting together and you add the athletes.

“You have a set budget to work to,” Barden continues. “That budget splits into travel, accommodation, prize money and then promotional fees. Some of the key athletes are contracted and paid to come and compete. Not all of the athletes are paid to compete, it is only a very small number, but those athletes can be the world and Olympics medallists or the European champions – the ones that are going to really help you to promote the meeting.”

“For the indoor meetings it’s a short window to look at who is performing well and who is actually competing indoors,” says Barden.

“Pretty much all of the athletes that compete on the circuit, both indoors and outdoors, have agents. So my communication isn’t really directly with the athletes at all, it’s very much with the agents.

“It’s many years of building up a good working relationship with the agents,” he adds. “At the end of the day, there is only a set number of places, so there are a lot more athletes that want to compete than you can actually take. You have to be quite selective in terms of how the fields fit together. That’s where the jigsaw starts to come together.

“The way I look at it, we need the big global stars and you want the head-to-heads,” adds Barden, who recruited both Schippers and Dina Asher-Smith for the Glasgow 60m and had matched up both the Olympic and Paralympic long jump champions – Greg Rutherford and Rehm – before Rutherford withdrew on the eve of the meet.

“It’s disappointing but when you have got very strong fields from the outset, if you lose one or two athletes along the way it still means that you have a good-quality meeting.

“One of the biggest challenges of the job is having to say no to quite a few managers for their athletes,” he adds. “For example, with the women’s hurdles in Glasgow I could have had 12 or 13 wanting to compete but we’ve only got eight lanes, and that’s hard sometimes. You have to explain to a manager why you can’t take that particular athlete, but that’s when that athlete might be available to come in if you have a cancellation.

“I have a wait list of athletes for each of the events. For Glasgow, in the last 10 days I lost around 25 athletes, which is fairly normal to be honest. You have to be ready for that and ready to fill those places.”

“If you look at London, you’re bringing in around 360 athletes and that’s a huge logistical task in terms of putting the right fields together but also getting those athletes to the event and managing them when they are at the event as well.

“It’s a long process. It all looks great when it’s on TV but there is a lot of work that goes on in the months building up to the event.

“When the athletes are at the event it’s down to the athletes to perform, but it’s the months before when all the work is happening.”