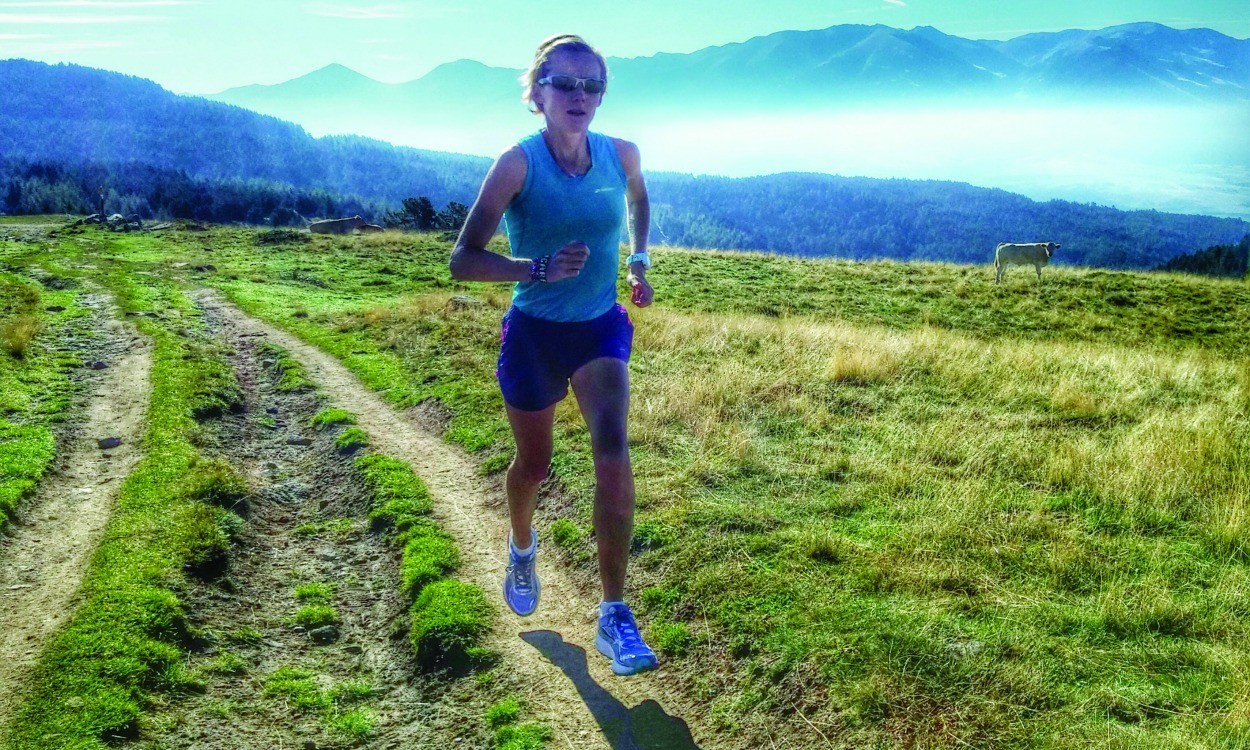 “You’ve always got to dream,” Sonia Samuels declares in what has become a metaphor for her running life. Live large. Think big.

It is an ethos that the Great Britain international acknowledges has served her well in recent times, acting as a mission statement during a rise that has hauled her back from the brink of athletics extinction to the verge of a marathon place at this summer’s Olympic Games in Rio.

Such enticing prospects seemed absurd four winters ago when Wallsend-born Samuels, now 36, was immersing herself fully in the creed of careerism despite an ascent that had brought a smattering of international call-ups. She had a degree from Loughborough University, was newly married and commencing a teaching career that ensured that, at times, there did not seem enough hours in each day.

Something had to give. “I never intended to take a break,” she said. “It was just my circumstances that took over.”

A familiar predicament, even for those whose exertions extend no further than a jog round the park. Paying the mortgage simply took precedence over the pursuit of performance, the Sale Harrier confirms. From elite achiever to fun runner, it was not that Samuels had turned into a sloth. Merely that the drive to push for more had been firmly placed in neutral.

How to engage even first gear again and accelerate once more? It needed some gentle prodding from husband Nick, himself an accomplished middle-distance performer, posing a dilemma for his other half on whether she would forever have regrets at energies unspent.

“You need to decide – are you going to carry on competing, in which case you need to do more, or you do it for fun?” he said. His wife pondered long and hard. “I thought, I’ve always had this dream to be the best athlete I can and I want to find out what that is,” she replied. The choice was to go hard or stay home.

“I thought, I’ve always had this dream to be the best athlete I can and I want to find out what that is”

“That’s when I decided to give athletics 100%, one last time, so I could say I had. And, although I just missed out on London 2012, I didn’t feel I could give up after just one year.”

This, she affirms, was a spur, even on the days when the sacrifices bit. Samuels set steadily about turning thoughts into reality, laying down targets and establishing benchmarks to achieve.

The ambitions were high but the steps deliberately small. “A lot of athletes dream of being an Olympian,” she declares. “You work back and think, ‘what do I need to do to get there?’ That’s when you set mini-goals and steps to get there. You have to walk before you can run. You set intermediate goals to get the big dream.”

Living with her spouse near Loughborough, there has been a concerted effort to use experience acquired as a counter-balance to diminishing youth. The appliance of science is helpful. Much of the difference is counted in plain common sense.

“As you get older, you start looking into things a lot more and think, ‘Is there anything I could be eating that would help with my joints or other areas?’ You want to take good care of yourself as you get older when it takes longer to recover. The food side of things becomes more important.”

Her chocolate addiction is still nourished, she confesses. But there are sensible additives procured. Chia seeds have become an exotic post-workout snack. Outside their kitchen door, the Samuels have cultivated a garden of healthy delights, fresh ingredients that feature frequently in the recipes she posts online.

“You have to walk before you can run. You set intermediate goals to get the big dream”

A green-fingered commitment is involved, which is tricky to keep amid life on the road. “My husband rigged up a watering system to make sure they all get watered. But it’s mainly things like carrots, beetroot, things that can stay in the ground that don’t need too much looking after.

“I’ve tried things like tomatoes, but you need to water them twice a day. So if you go away even just for a couple of days to a race, when you come back they’re off.

“But it’s mainly just about being as healthy as possible. I look a lot into my diet. It’s really helped. Because you can train and do all the other stuff, but it’s about eating well and recovering well, which plays a big part. Which is why I got into all this.” 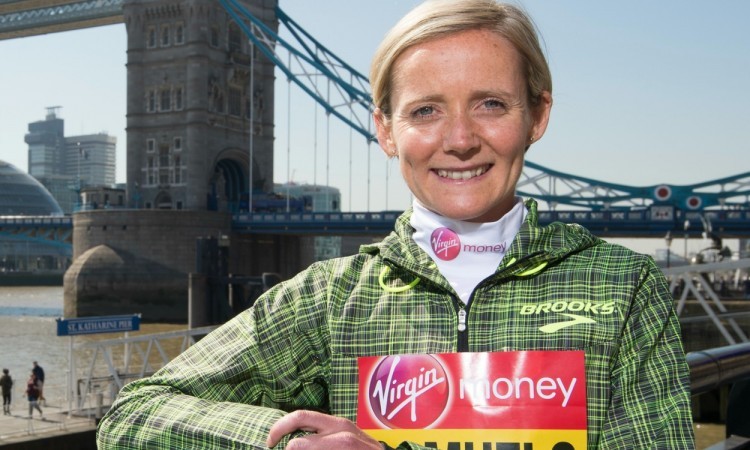 With appetite nourished, there is fuel for the competitive fires. One of only two British women with the domestic qualifying standard for Rio 2016, courtesy of her PB run of 2:28:04 in Berlin last September, Samuels is now involved in a high-stakes game of wait and see.

Top-ranked and eligible for selection, she cannot sit complacently by and expect that no challenger will emerge to thwart her bid before the deadline arrives in April in London. There are no guarantees, which has kept her driven and determined.

“You have to be a medal contender so for me to sit back and think I might just get in would be silly. You have to be in London to make sure you get that spot. Before Christmas it was about making sure I was recovered but also having fun, and having a goal that would get me through the door. But now we’re into 2016, I have to come with a plan to get one of those two spots that are available.”

“I look a lot into my diet. It’s really helped. Because you can train and do all the other stuff, but it’s about eating well and recovering well, which plays a big part”

It has meant the tedium of sessions in the gym, but also finding stimulation at home and abroad. Variety has been an enticing spice since her rededication to the cause. Seeking out new horizons, she adds, is healthy for the soul.

“I love Font Romeu in the summer. It’s just amazing. It’s a beautiful place. Kenya’s pretty inspiring because of the people. You can learn a lot from their mentality and how they see life generally. They think: ‘we might not have a lot but we’re okay with what we’ve got, rather than worrying about what they haven’t got.’

“Here you sometimes see people going, ‘someone else has this, or they’re on funding, or they have a kit sponsor.’ Rather than saying, ‘I’ve got a pair of trainers on my feet, a good group, a track to run on, all the things you need. That’s the thing about Kenya – you can learn a lot about things from them.

“I also love Boston. It’s a happy place for me. I go and train with the Boston Athletics Association group (led by former UK Athletics coach Terrence Mahon) and they’re always full of energy. They’re the loudest people you’ll ever meet. They’re in your face. But they’re full of positivity. Nothing fazes them. ‘You can do this.’ ‘You go, girl’. If I go there, especially before a big competition, I just feel more confident in myself. There’s just a vibe about it.”

Their attitude is addictive, she declares. Within the British DNA, there is a compulsion to cry foul when expectations are not met. “Do you want me to smack you in the face? It wasn’t unlucky, it just wasn’t right on the day,” she shrieks. “It’s as simple as that.” It is apposite to the American attitude of self- reliance and uber-motivation that she has embraced to the max.

“I couldn’t just go straight into a marathon. I had to build that strength first. It’s always about the bigger picture”

“Everyone is so reserved here. It’s like ‘if I could just do this…’ They are, ‘just go and get it’. You take little bits from wherever you’ve been and use them for yourself. That’s helped me, travelling to new places and experiencing new things. It keeps things fresh. Going and training with other people and seeing how they train can help.”

It has been a long road to the point of fulfilment. All the sweeter, you sense, for having almost walked away. No overnight success, Samuels has peaked then climbed again. No quick fixes, just long-term targets.

“I liken it to building a car,” she observes. “The slower you take and the better job you do, the better the vehicle at the end of it. I’ve spent the last couple of years working a lot in the gym to get stronger. I couldn’t just go straight into a marathon. I had to build that strength first. It’s always about the bigger picture. How can I best achieve that? How can I get there without hurting myself? How can I achieve in the meantime? Yes, it’s about being patient.”

And, lest we forget, dreaming wishes that might yet come true.