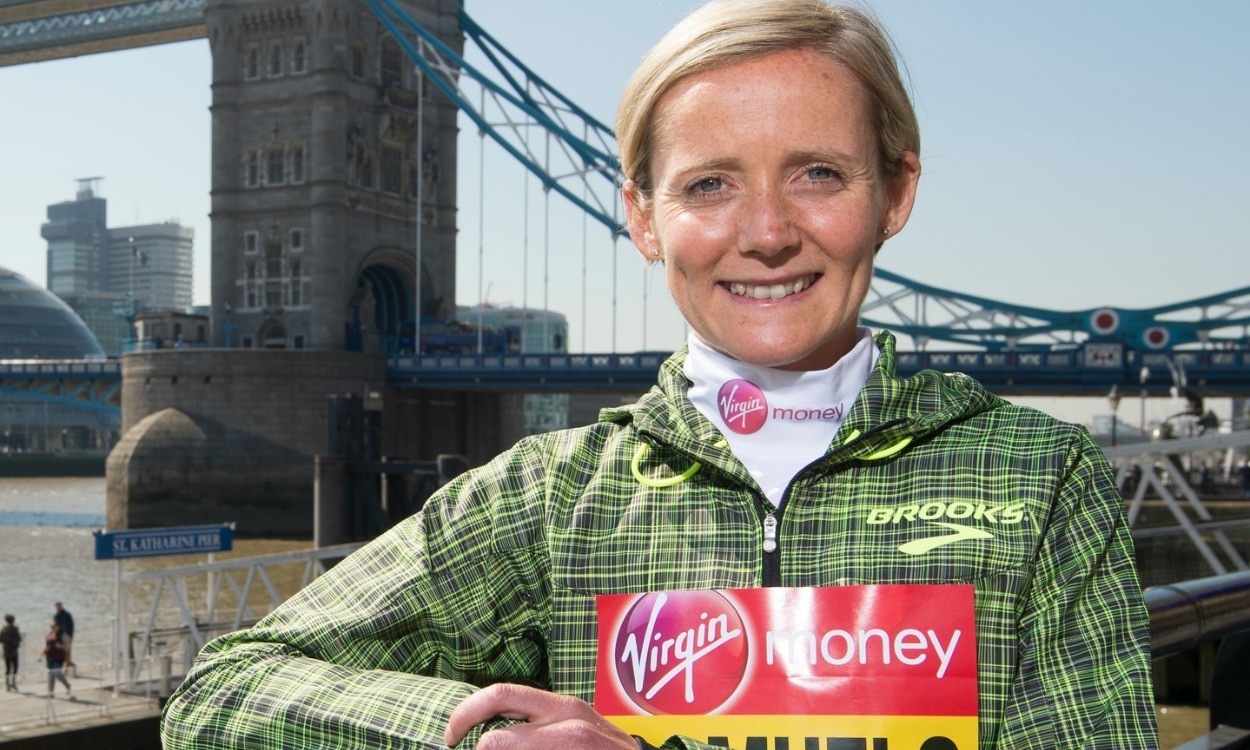 World marathon 16th-placer returns to the distance for the first time since Moscow on Sunday and is looking to go sub-2:30

Having last year run faster than ever over 10,000m on the track as well as over 5km and 10km on the roads, Sonia Samuels is hopeful that she’ll experience similar success when she steps back up to the marathon in London on Sunday.

The 35-year-old took a break from 26.2 mile action in 2014 following her 16th place finish at the 2013 IAAF World Championships marathon in Moscow – her first major summer championships – and is pleased with how her preparations have gone for the Virgin Money London Marathon, but the experienced athlete knows that come race day, anything can happen.

“Everything has gone really well so far,” she says. “The build-up has gone pretty smoothly, which is good in one way but it’s a bit nerve-racking in the other because you think it’s all gone well so you should run well, but anyone who runs a marathon knows that on marathon day anything can happen.

“I have a goal in mind and it’s always to better my PB so if I can go sub-2:30 that will be fantastic. But as long as I can say at the end of that race I did everything possible, I gave it everything, then that is good.”

Since her early days as a junior cross-country champion, Samuels has taken on a variety of distances and terrains. She made her marathon debut in London in 2012 and later that year ran her current PB of 2:30:56 in Berlin. After the World Championships the former national 10,000m champion decided to turn her attention back to the track and it paid off as she ran 32:39.36 in Palo Alto at the start of a summer which also saw her run for England at her first Commonwealth Games.

“I decided that last year I would have a break from the marathon stuff, revise my 10,000m PB on the track and just have a different outlook on things and it worked,” Samuels explains. “It was really refreshing so when I came into January, getting ready for this build-up, I was really ready to put everything into it. I’m glad I’ve done it.”

“I have a goal in mind and it’s always to better my PB so if I can go sub-2:30 that will be fantastic”

Samuels, who has competed at four World Cross events and last winter finished 15th for GB at the Euro Cross in Samokov, prefers not to race too much in her marathon build-up, so after competing on the country she ran one more 10km in 2014 before 13.1 miles at the Lisbon Half Marathon earlier this year.

“I’m the kind of person, when I’m marathon training I don’t particularly like to race,” she says. “I like to do my build-up. I have a focus, it’s for the 26th of April, and that’s when I want to run well.”

Having previously been coached by George Gandy, Samuels is now under the guidance of Terrence Mahon and was also coached for a spell by her husband, Nick, himself a 2:30 marathoner. She receives support from specialist running brand Brooks, who she has been sponsored by since 2010, and recently went on a training trip to Kenya with the London Marathon.

“Kenya went really well, I absolutely love it out there,” explains Samuels, who says she has been covering 110 miles a week in training, stepped up from the 100 per week she has done in the past. “I think there’s no better place to prepare yourself mentally and physically for competition because it’s hard training out there.”

In London Samuels forms part of an elite women’s line-up which includes what has been billed as a Kenyan ‘fantastic four’ featuring Mary Keitany, Edna Kiplagat, Florence Kiplagat and Priscah Jeptoo as well as Ethiopia’s Aselefech Mergia and another five athletes who have gone sub-2:25.

With her sights having been firmly set on getting to London in good shape Samuels hasn’t made any more immediate plans for this year, however she has allowed herself to look a little further ahead, to Beijing and Rio.

“You spend three or four months preparing for this marathon and you can’t see past it,” she explains. “I have a few things in mind but it depends how I recover.

“It would be great to run in Beijing. I think it would be good preparation for a race like you would experience in Rio just for the conditions. I think you’ve just got to take every opportunity. If I get the opportunity to go to Beijing then I’d love to do it.”

On her Olympic ambitions, she adds: “I always said I was going to retire after 2012 and I’m still going because I have a dream. If I get there, I get there, and if I don’t, I’ve got no regrets trying.”