Smiles and satisfaction from GB marathoners in Rio 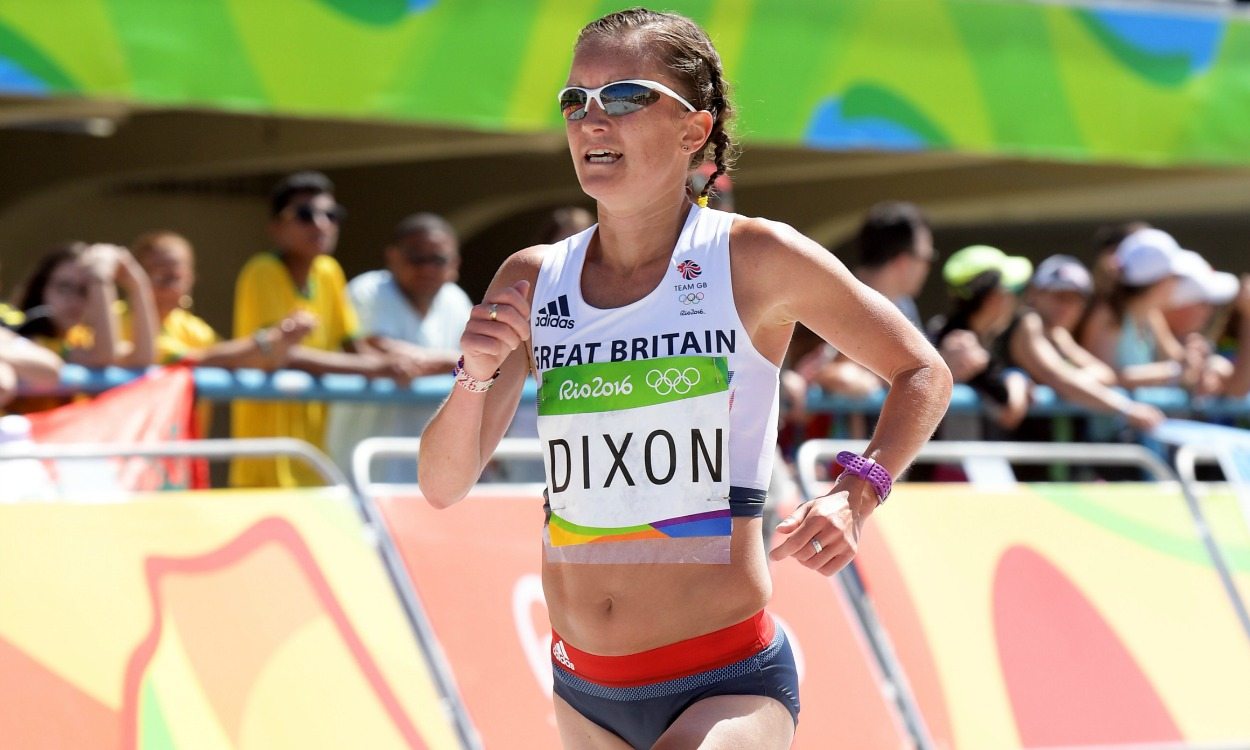 Alyson Dixon celebrates with a Borini, burger and a beer as she conquers Rio course with teammate Sonia Samuels

There was a carnival atmosphere at the end of the women’s marathon on Sunday morning and two of the biggest smiles of all came from the British runners Alyson Dixon and Sonia Samuels.

The sun burned fiercely overhead the finish area in the Sambodromo district of Rio as a vibrant crowd cheered the finishers home and the battling Britons soaked up the noise and excitement on their weary legs as they reflected on satisfying performances.

Both started steadily and moved through the field impressively, to the extent that Samuels could only remember being passed by one athlete throughout. In the final stages, Dixon pulled ahead of her teammate to finish 28th in 2:34:11, as Samuels finished in 30th in 2:34:36, but both were satisfied with their day’s work at the Olympics.

“I just want a burger and a beer now,” said Dixon in typically grounded fashion before telling AW her Olympic hopes had been in jeopardy in recent days after she fell during a training run in Font Romeu, injuring herself in the process.

So Mo Farah is not the only British Olympian at these Games to take a tumble? “I think he must have copied me,” Dixon joked.

Samuels reflected on her effort: “I worked through the field and to have only one person pass me in the whole race is a good feeling. The last 7km was packed with so much noise and coming into the finish was an amazing setting. There were great sights to take in during the race and I had a peep at them as I was running. It was hard not to.”

Samuels added: “If I have one regret, it’s perhaps not going harder earlier, but then if I’d done that then perhaps I might have struggled whereas I feel strong now.” 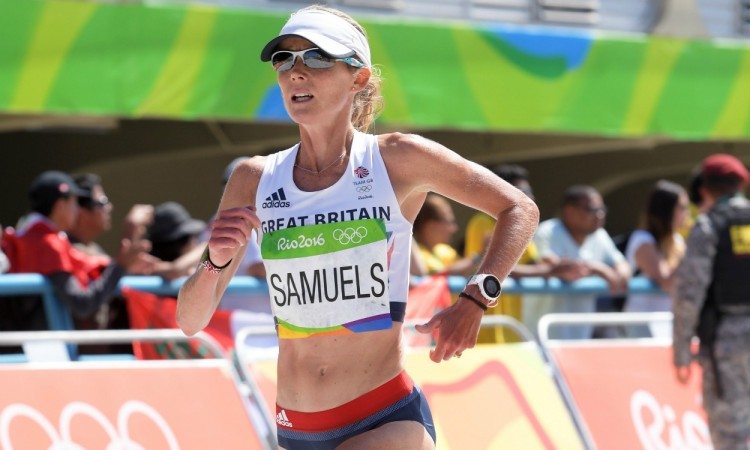 If Samuels distracted herself from the pain by occasionally taking in the scenery, then Dixon was keeping an eye out for her parents, who she spotted roadside cheering her on. “There was amazing support on the course,” she said. “I heard ‘come on, Sunderland’ or ‘go on, Great Britain’ or ‘God save the Queen’ quite a few times and there was a big Sunderland Strollers banner at one point.”

Like Samuels, Dixon also said it was her plan to run conservatively and felt strong and had the energy at the finish line to do ‘the Borini’ pose – the trademark celebration of Sunderland striker Fabio Borini, which Dixon has mimicked in the past.

She was 10 minutes behind winner Jemima Sumgong, but this was her moment. Dixon and Samuels are aged 37 and this was their first Olympics – the culmination of years of training and hard work – and they did not waste the opportunity to give it their all.

“Hopefully we’ve done everyone proud,” said Dixon, as she limped tentatively away on her marathon-beaten legs to get her well-deserved beer and burger.

» A report on Jemima Sumgong’s win can be found here