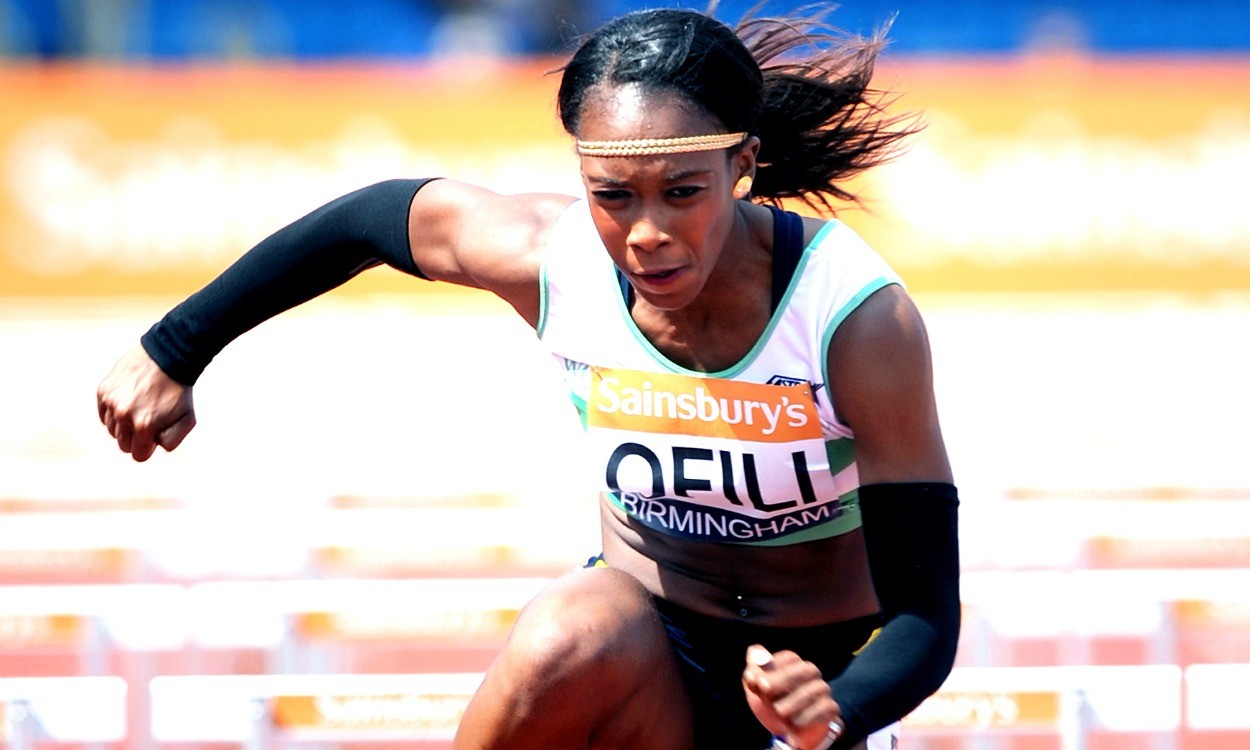 It was the first time British record-holder Porter had gone head-to-head with her younger sister in a 100m hurdles race and the 27-year-old later described it as having been “really special”.

The sisters are both US-born but have a British-born mother and Porter began representing GB in 2010. Her 20-year-old sibling, who set her PB of 12.60 this season, recently followed in her footsteps and had her GB allegiance confirmed last month.

Speaking of Ofili’s potential after their medal-winning performances in Birmingham on Saturday, Porter said: “She’s a fierce competitor. If she continues to improve I know big things are in store for her.”

You can watch the full interview with Porter and Ofili below.

» See the July 9 edition of Athletics Weekly magazine for in-depth reports, pictures and results from the Sainsbury’s British Championships