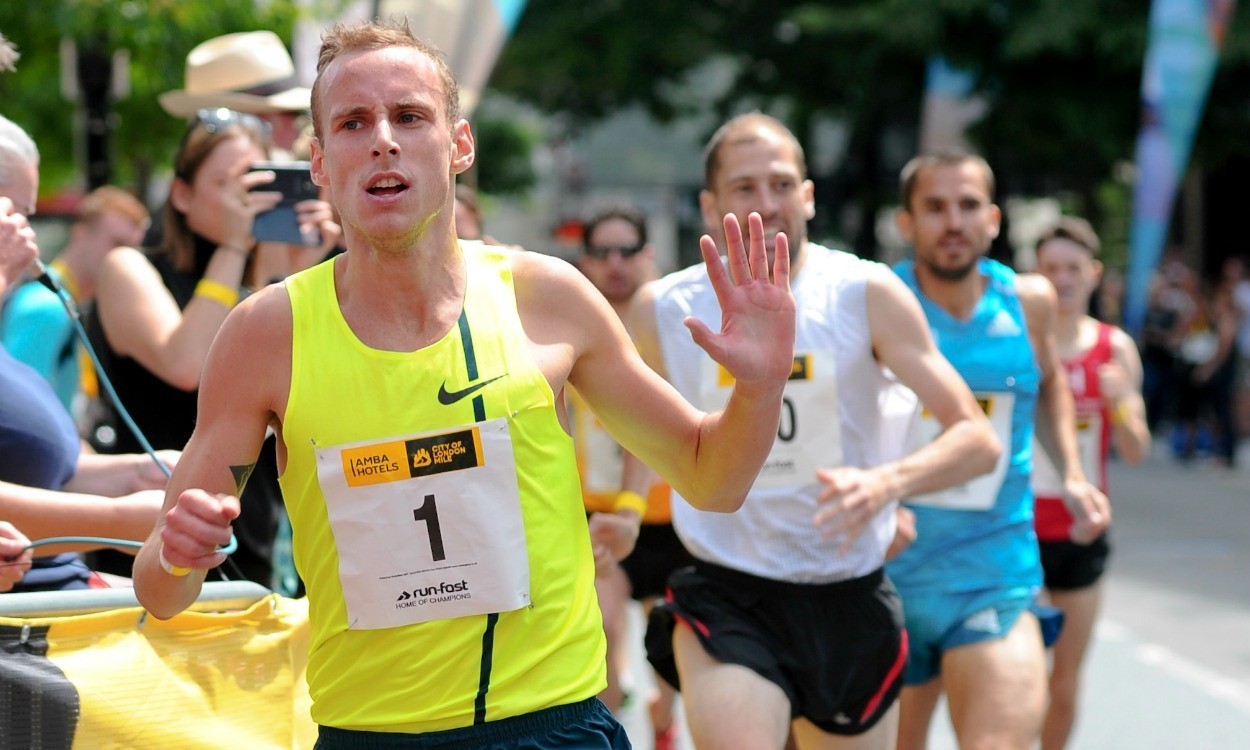 Australia’s Commonwealth Games-bound athletes Ryan Gregson and Genevieve LaCaze won the first ever Amba Hotels City of London Mile which made an impressive impression for its inaugural running with thousands taking part in various waves and age groups.

The BMC races, which started outside St Paul’s Cathedral, saw 3:31.06 1500m runner Gregson narrowly hold control but Chris Warburton pushed him all the way to the line and shared the winning time of 4:04.

Wales’ Chris Gowell took third in 4:05 while World Masters champion Anthony Whiteman suffered an off day and finished 15th in 4:22.

Gregson’s partner Genevieve LaCaze, who is running the steeplechase in Glasgow and has run 9:37.16 this summer, kicked to victory in the women’s race taking first place in 4:44. That gave her a £1000 prize but was outside the 4:36 required for the £500 bonus.

800m specialist Selma Kajan finished strongly to make it an Australian one-two and she pipped Scotland’s Morag MacLarty and their respective times were 4:45 and 4:46.

» See next week’s AW, out Thursday June 26, for more in-depth coverage of the Amba Hotels City of London Mile