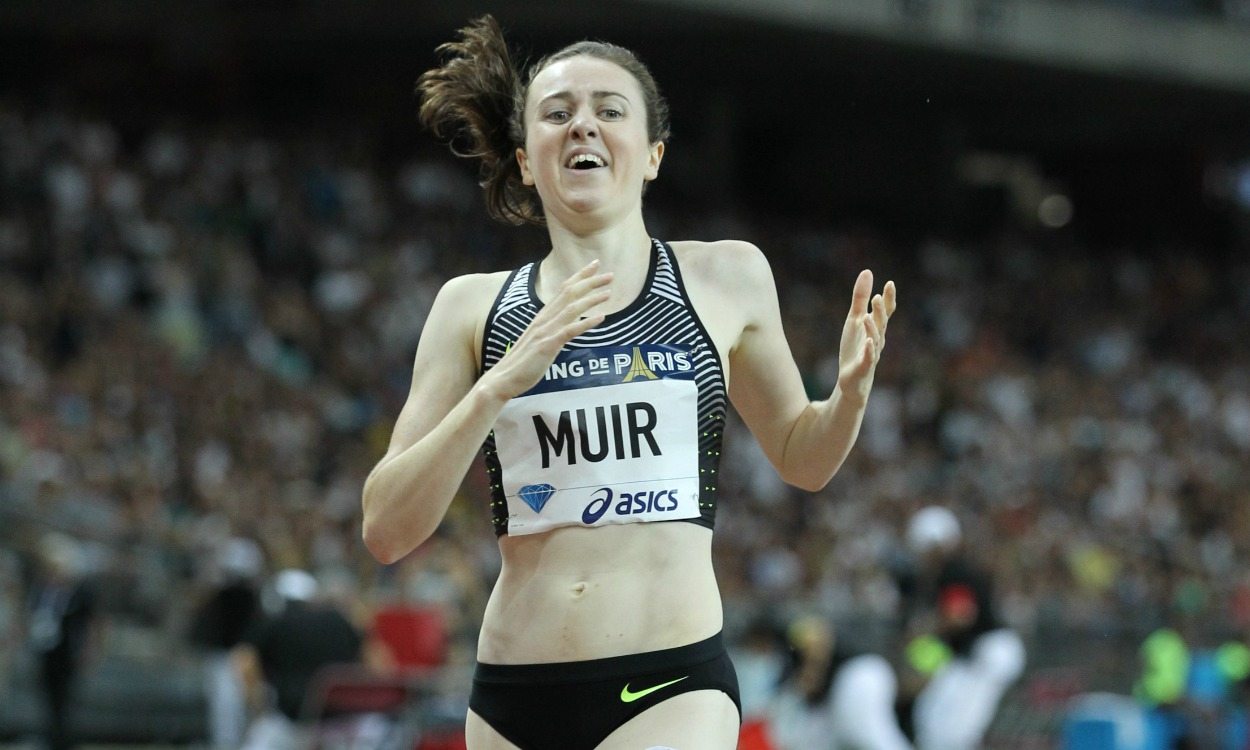 After coming close to the world steeplechase record when winning the Olympic title in Rio, Ruth Jebet smashed the eight-year-old mark with a time of 8:52.78 at the Meeting de Paris on Saturday (August 27).

On a hot evening which reached 33°C at the Stade de France, the Kenyan-born 19-year-old, who represents Bahrain, took more than six seconds off the world record which had been set by Russia’s Gulnara Galkina in 2008 and finished more than nine seconds clear ahead of Kenya’s world champion Hyvin Jepkemoi, who had claimed silver behind Jebet in Rio.

Emma Coburn had improved her own American record with 9:07.63 for bronze in Rio and she was again third in Paris, clocking 9:10.19.

“Today I’m very happy,” said Jebet. “I tried many times to beat the world record and today we decided to push each other to go for a good time.

“I was not expecting such a big difference with the record. I think I finished my season today.” 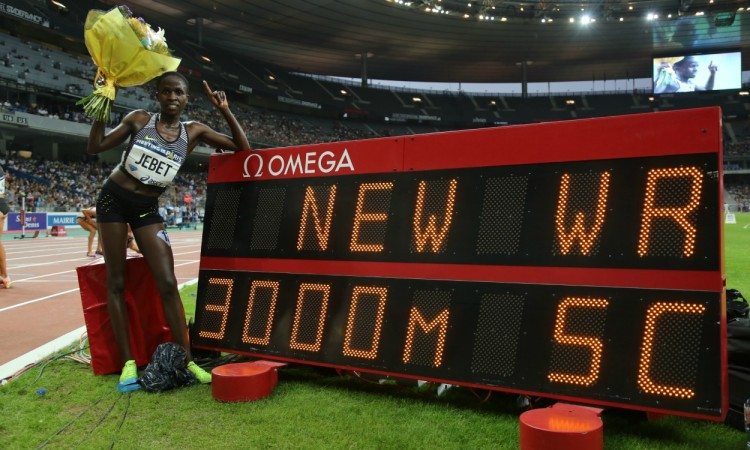 Just 10 days after her seventh place finish in Rio, Laura Muir ran a phenomenal 1500m to take another two seconds off her own recently set British 1500m record, dominating the Diamond League race to clock 3:55.22 for victory to also break the meeting record and go quicker than any other athlete has this year.

Ahead at the bell and with another gutsy run, the 23-year-old Scot surged again to hold off Olympic champion Faith Kipyegon and world indoor champion Sifan Hassan of Netherlands, who clocked 3:56.72 and 3:57.13 respectively, to storm to victory and move to 13th on the world all-time list.

“The race was amazing,” said Muir, who clocked a superb sub-60-second last lap and led six athletes to personal best performances. “I couldn’t believe the time, especially since I didn’t do one track session since Rio.

“I just went with the pacemaker and I knew I had to dig in and hold on during the third lap. I’ll be in Zurich next week to finish my season.”

Muir had broken the British record for the first time at the London Diamond League meeting a couple of weeks before the Olympics when she clocked 3:57.49 to better the mark which had been set by Kelly Holmes in 2004.

Another British athlete to impress in Paris was Desiree Henry in the 200m as she clocked 22.46 behind world champion Dafne Schippers’ winning 22.13. That time moves the 21-year-old, who formed part of Britain’s bronze medal-winning 4x100m relay team in Rio, from joint 21st to equal third on the UK all-time list behind Dina Asher-Smith and Kathy Cook and matches the time run by Jodie Williams.

After missing out on selection for the Ethiopian Olympic team, teenager Yomif Kejelcha won the 3000m in a world-leading world under-20 record of 7:28.19 from Morocco’s Abdalaati Iguider and Ethiopia’s Rio 5000m champion Hagos Gebrhiwet. Over in the men’s 800m the top eight all went sub-1:44 and the top two sub-1:43 as Kenya’s fast finishing Alfred Kipketer came through to claim victory in a 1:42.87 PB from Algeria’s double Rio Olympic silver medallist Taoufik Makhloufi with 1:42.98. Kenya’s Jonathan Kitilit had been leading in the home straight but couldn’t respond to the kick of Kipketer and Makhloufi, finishing third with a PB of 1:43.05.

There was a brilliant battle in the men’s shot put, as just one centimetre separated New Zealand’s Tom Walsh from USA’s Olympic champion Ryan Crouser. Walsh’s winning area and meeting record 22.00m came in the final round, after Crouser’s 21.99m from his third throw. The men’s triple jump saw another close contest as USA’s Chris Carter leapt 16.92m ahead of Cuba’s Alexis Copello and Colombia’s John Murillo, both with 16.90m.

Renaud Lavillenie provided a home victory in the pole vault as he cleared 5.93m to beat USA’s Sam Kendricks after his silver medal-winning performance in Rio.

Kenya’s world champion Nicholas Bett, who was disqualified in Rio and had failed to show top form this year, won the 400m hurdles in a 48.01 season’s best from USA’s Olympic champion Kerron Clement with 48.19. Turkey’s Olympic bronze medallist Yasmani Copello was third in 48.24 ahead of Puerto Rico’s two-time world silver medallist Javier Culson, who was also disqualified in Rio after a false start in the final.

USA’s Kendra Harrison, who missed out on selection for Rio, continued her winning ways after her world 100m hurdles record of 12.20 in London and 12.42 victory in Lausanne as she clocked 12.44 to dominate in Paris. Behind her, fellow American Dawn Harper-Nelson and Britain’s Cindy Ofili ran 12.65 and 12.66 respectively.

The men’s 100m was won by Ivory Coast’s Ben Youssef Meite in a national record-equalling 9.96. There was another fine time by sprinter turned bobsledder Joel Fearon, who clocked 10.05 for fourth, while his fellow British sub-10-second man Chijindu Ujah ran 10.15 for eighth.

Natasha Hastings, fresh from forming part of USA’s gold medal-winning 4x400m relay team in Rio, won the 400m in 50.06 for a clear victory ahead of Jamaica’s Stephenie Ann McPherson with 50.33, while Anyika Onuora, who helped Britain to relay Olympic bronze, clocked 51.70 for seventh.

Olympic bronze medallist Ivana Spanovic won the long jump with 6.90m from Britain’s Lorraine Ugen with 6.80m, while Shara Proctor finished fourth with 6.55m. Spain’s Olympic champion Ruth Beitia claimed another victory as she cleared 1.98m in the high jump, while Jakub Vadlejch of Czech Republic beat Germany’s Julian Weber and Olympic champion Thomas Rohler in the javelin with a PB of 88.02m.

The Diamond League series now moves on to Zurich on September 1 for the first of the two finals.