Run for the hills 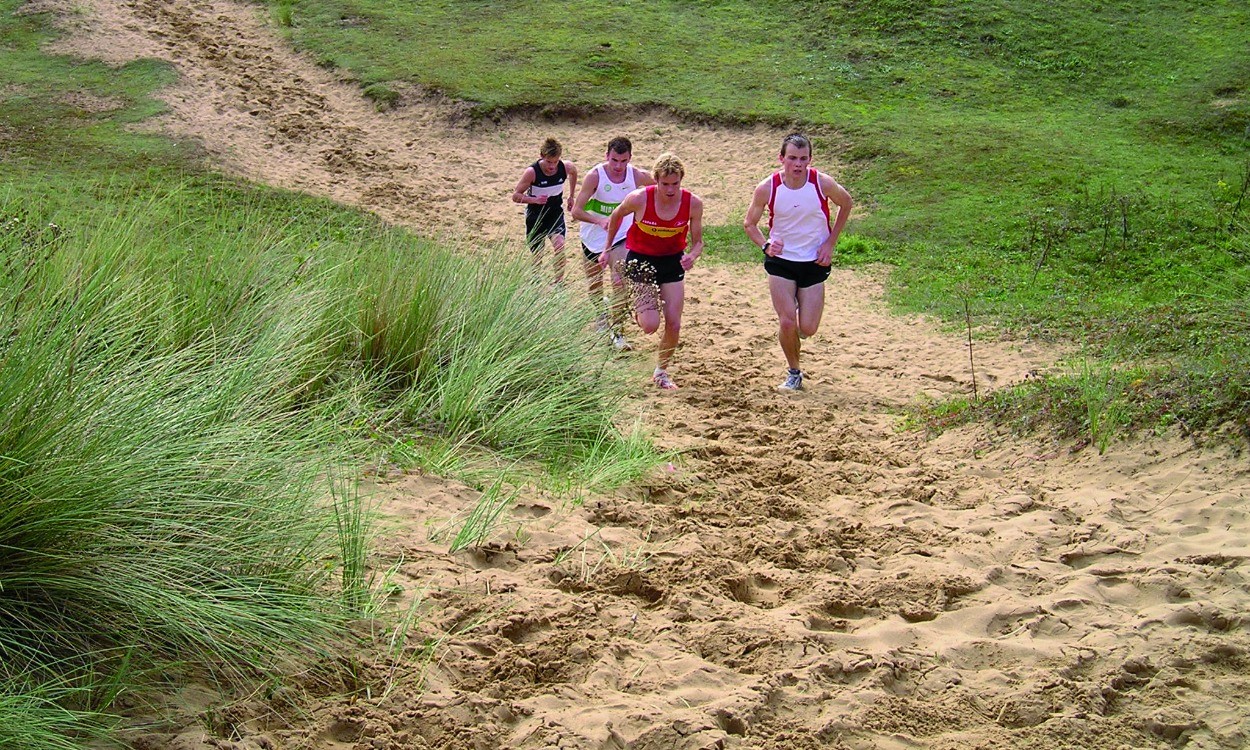 It’s autumn and the hills are beckoning, but how best to run up them? Matt Long explains

Hills matter. Whether you are a runner, jumper or thrower, uphill training should be an integral part of your periodised training programme at this time of year.

As much as you might dislike them, the inclines develop a key facet of fitness that is crucial for all athletes: strength endurance.

A study at the esteemed Karolinska Institute in Stockholm found that marathon runners who performed hill sessions twice-weekly over three months improved their running economy by three per cent.

Physiologists have shown how athletes who train on hills have far higher concentrations of aerobic enzymes, allowing muscles to function at continued high intensity over prolonged periods without fatigue and loss of form.

What matters, though, is how you run hills. You’ll need to make several biomechanical adjustments when tackling any incline, compared to running on the flat. Although high hips, a strong leg extension and good toe-off are vital for running on the flat, hill running requires a more vigorous arm action, exaggerated knee lift and a slight forward lean.

Your head and eyes should be fixed on a point 8-10 metres ahead and, the steeper the climb, the more likely it is that you’ll need to shorten your stride length.

It’s tough. Your arms and legs might not be working in quite the harmonious way they do on flatter terrain and the additional biomechanical stressors placed on the body can lead to loss of form and potentially to injury.

Form is important, so focus on it. And then decide which type of hill session is for you:

SHORT HILLS
Speed or power based athletes benefit from ‘short hills’ lasting between 10-25 seconds, ideally effected over a 35-45 degree incline. Too steep a hill is not good news as it simply stresses the lower back, hamstrings and calf muscles. On very steep inclines, your Achilles tendons will be put under strain on your journey up and your quadriceps and shins take the strain as you descend. Sprinters who specialise in the 60m indoor or 100m events can break their hill runs into short repetitions typically numbering between 3-6 reps across 2-4 sets. Aim for near full recovery with a walk back down to the start.

MEDIUM HILLS
These repetitions typically take between 25-45 seconds to complete and are ideally performed over a 25-35 degree incline. Any athlete who competes in the longer sprints, perhaps 200m but especially 400m, should include these in their training, but they are also a mainstay of middle distance athletes as they help to develop the lactate energy system. Recoveries can be a timed interval or a walk back for the sprinters; middle distance athletes should jog back down to prevent their heart rate from dropping too low before the next repetition.

LONG HILLS
Run up a slightly more forgiving incline of between 15-25 degrees, these should be anything from 45 seconds to three minutes duration. For endurance athletes who are looking to develop their aerobic as well as lactate energy systems, they are essential. In order to avoid the scenario of overly long jog down recoveries, try progressively adding
between 20 and 100 metres by running off the top of the hill – known as ‘over the top sessions’ or alternatively so-called ‘flat- bottom’ sessions where the extra distance is added before the hill is reached.

HILL FARTLEK
This can include a number of short, medium and long hills which are run at a higher rate of exertion than steady state running and which are typically between 50 and 400 metres in duration. Ideally, they should be interspersed throughout the run at various points. As with a traditional fartlek, this mode of training is great for developing both a lactic, lactate and aerobic energy systems in a single session.

KENYAN HILLS
These typically take place on a loop and are run either for a set time or a certain number of laps. Including uphill, flat and downhill sections, these ‘rolling’ sessions are great for running hard but ‘free’ in terms of enjoying the rigours of the terrain.

TEMPO HILLS
At elite level, some athletes integrate their hill work within a broader session. For example, Birmingham University-based Alison Leonard, who reached the European championship 800m semi-final last year, does a regular winter session that entails six minutes run at tempo pace, 8x30sec hills, three minutes at tempo pace, 8x30sec hills, finished off with six minutes tempo running. The tempo work is run on grass with the hills being run on a nearby trail.

The British championships 800m bronze medallist says that for her, “it’s both a stamina based session, but the hill reps with continuous jog down recoveries allow you to work on conditioning and strength”. However good an athlete you are, hills are never easy. “It is one of those sessions where you go home and don’t get up the rest of the evening,” Leonard says.