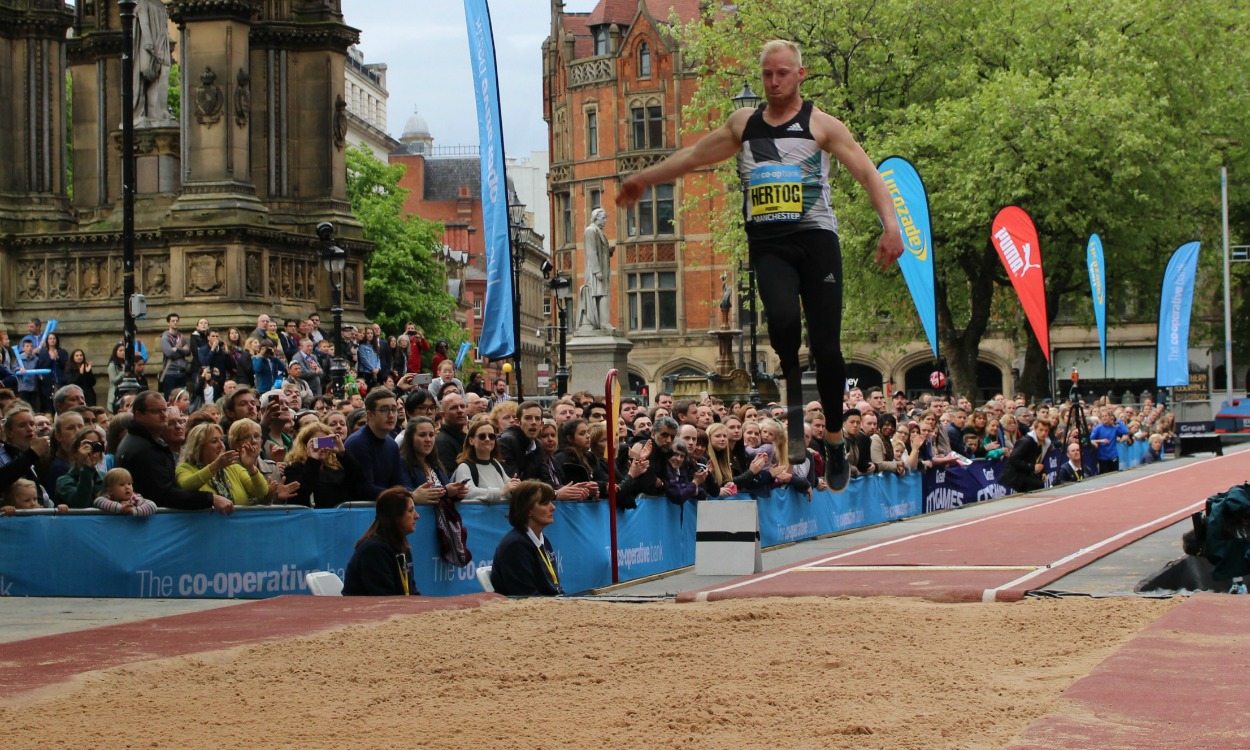 Four years after claiming javelin bronze at the London Paralympics, Ronald Hertog will be hoping for further Games success in Rio, but this time in the long jump.

The 27-year-old, who was Netherlands’ flag-bearer at London 2012, dislocated his shoulder in the lead up to the competition but still managed to secure a place on the podium. Following the Games, that injury together with back problems caused the Dutch athlete to consider an event switch and after starting out with jumps of less than six metres, he improved to 7.09m during a year.

Since then, Hertog has gone on to leap a long jump PB of 7.53m and become the Dutch champion, beating two-time world silver medallist Ignisious Gaisah.

“I have been doing able-bodied events for a couple of years now and I think my biggest achievement so far is becoming Dutch champion last year,” said Hertog, who had to have his right leg amputated after being involved in a car accident at the age of 13. “I beat all the able-bodied guys. I did not expect to do it there, but it was a one-time thing I guess. That really put me on the map for other events.”

“I think at the end of this year in Rio, my transformation from a javelin thrower to a long jumper is complete”

After claiming the Dutch title, Hertog secured IPC world silver in Doha behind Germany’s Markus Rehm, who leapt a T44 world record of 8.40m. “I think at the end of this year in Rio, my transformation from a javelin thrower to a long jumper is complete,” he told AW.

Last Friday, Hertog became the first ‘blade jumper’ to compete in the able-bodied competition at the Great CityGames Manchester and leapt 7.00m in a contest won by Olympic champion Greg Rutherford with 8.20m.

The Dutch athlete believes that competing against able-bodied athletes and having to fight for every centimetre in the sand is important as the standard of T44 long jumping continues to rise.

“I really like the idea of being able to compete against people for every centimetre of jumping,” he said. “That gives the competition a better feel.” 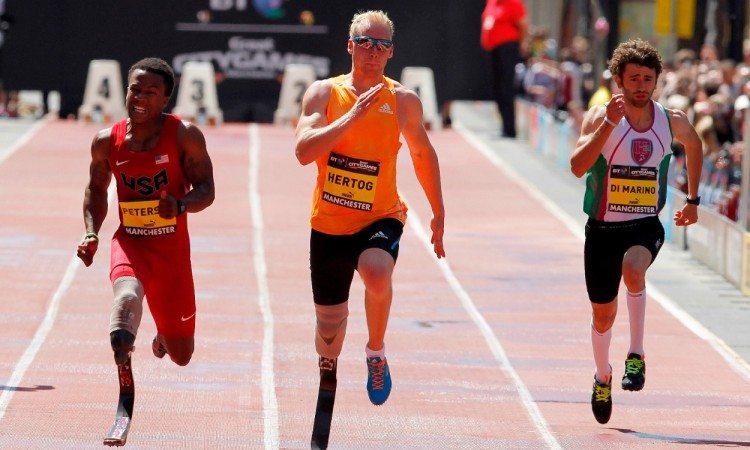 On the same evening that Hertog was jumping 7.00m in Manchester, Rehm was leaping 8.13m at the Golden Spike meeting in Ostrava for the furthest jump of the competition. London 2012 Paralympic champion Rehm’s  8.40m PB would have been enough for Olympic gold in the British capital three years ago and is also just one centimetre off Rutherford’s winning jump from the IAAF World Championships in Beijing in August.

Last year, Rehm spoke with AW at the London Anniversary Games where the athlete explained how he had been denied a second national title despite recording the longest jump at the German Championships for the second year in a row.

The decision followed questions about whether Rehm’s blade gives him an advantage when competing against able-bodied athletes, with the situation requiring consideration because of the distances he is achieving. A working group has since been established by the IAAF to studying the generic use of prostheses in competition, with Rehm, who like Hertog jumps off his blade, having expressed his goal of competing at the Olympics this summer.

“I am facing the same difficulties this year (as Rehm) because I am not allowed to compete (at his national championships), which is a shame because I would love to defend my title,” said Hertog. “The thing is that the athletes on their own don’t make a big deal about it. I spoke to Ignisious Gaisah, he said to me ‘well it doesn’t really matter to me if you have one leg or two legs or if you are able-bodied or disabled, I just want to jump further than you can’. I think that is the general philosophy among athletes, at least in the Netherlands. Only the governing board, they make a big deal about it.

“Are the performances comparable? That is the big question,” he continued. “My feeling says that it is comparable, because if you look at the progression we’ve made … it’s logic that we are competing against able-bodied people now or jumping around about the same distances. For Markus Rehm, I think even if he had two legs he would have been a really good long jumper because if you just look at his technique in the air, it’s impeccable. I’m still working on it because I’m still transitioning from being a javelin thrower to long jumper, but I think I’m getting there. I just need a couple more years to fine-tune it.”

On Rehm’s Olympic aims, Hertog added: “I think it is good that he is making a fight for it. He has jumped the distances and let’s be honest, there is no other Paralympic guy who can jump that distance.

“There has been no proper research on jumping off a blade. There is being a test now so I am very curious to find out what the results are and how to interpret them, because that’s another story as well.”