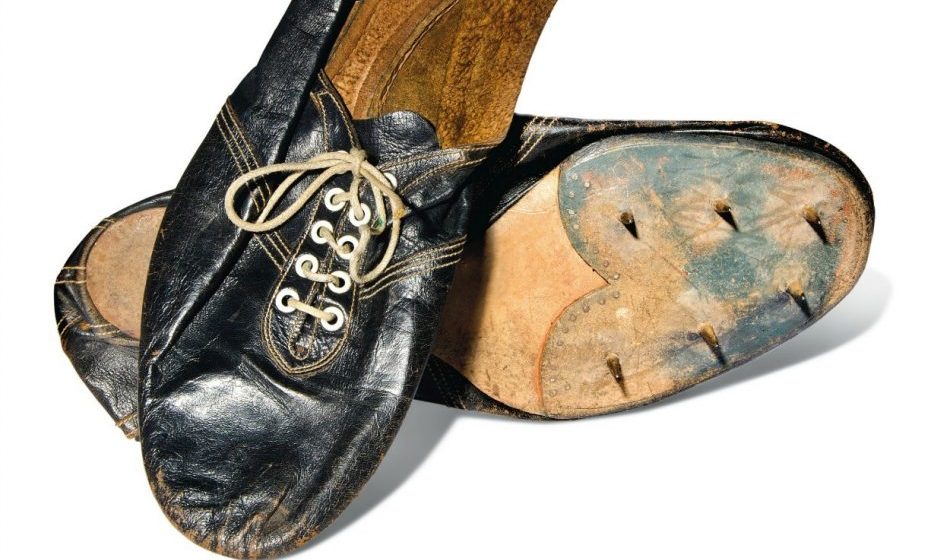 The spikes Roger Bannister wore when running the first ever sub-four-minute mile at Iffley Road in 1954 carry an estimate of £30,000-£50,000

The shoes worn by Roger Bannister when he ran the first sub-four-minute mile at Iffley Road in 1954 are to be auctioned by Christie’s in September.

Made by Charles Law of GT Law and Son, the spikes weighed just four and a half ounces.

“I could see there was an advantage in having the shoe as light as possible,” said Bannister, who clocked 3:59.4 for the mile in Oxford on May 6, 1954. “The leather is extremely thin and the spikes are unusually thin, as I used a grindstone to make them even thinner.

“These shoes are the last tangible link I have with the four-minute mile. All my trophies are now on display at Pembroke College Oxford, where I was Master.”

“They served me great purpose, I’m grateful to them,” said the 86-year-old.

Last year Bannister, who went on to become a distinguished neurologist following his achievements on the track, revealed how he had been diagnosed with Parkinson’s disease. On the sale of his shoes, he added: “I think it’s the right time to part with them and I plan to give part of the proceeds to the Autonomic Charitable Trust (ACT) which encourages the area of neurological research to which I have devoted most of my life. Other worthwhile causes in which I have an interest will also benefit.”

Earlier this week the BBC reported how a stopwatch which had been used to time Bannister’s first sub-four-minute mile sold for £20,000 when auctioned at Sotheby’s.