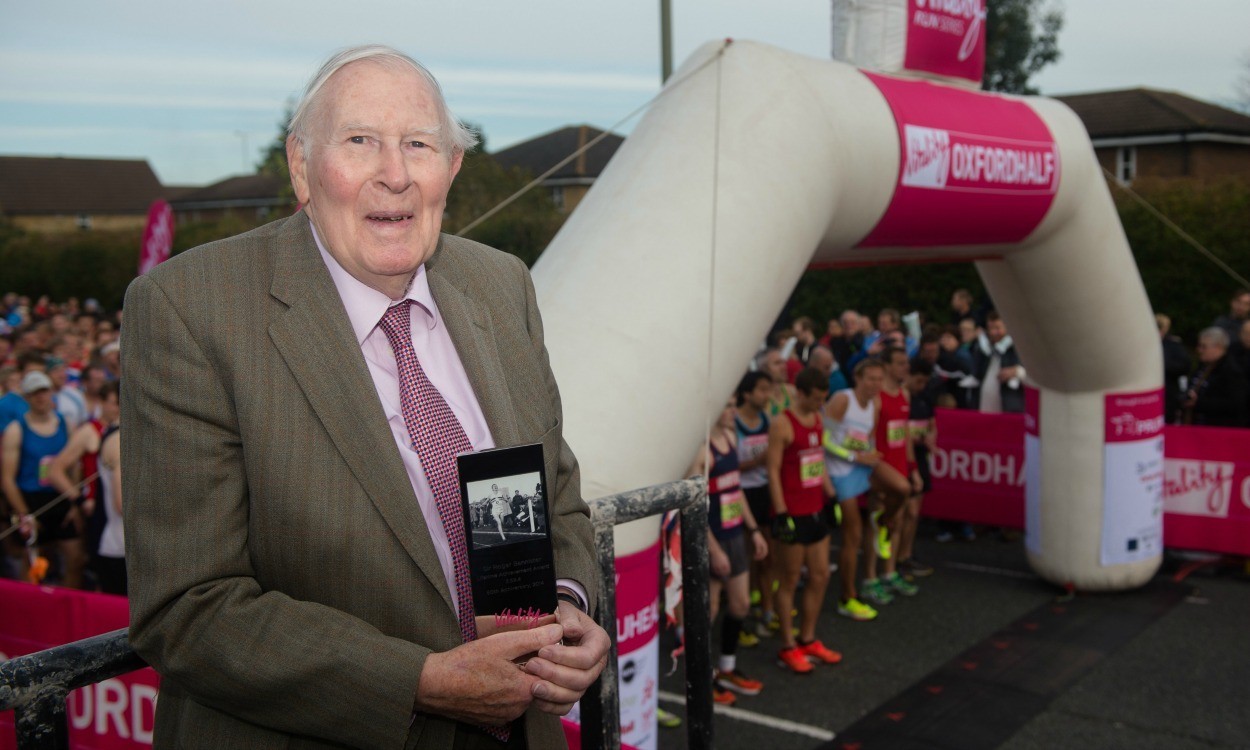 Sir Roger Bannister received a lifetime achievement award at the start of the Oxford Half Marathon on Sunday.

Before starting the event which saw 6000 runners head off from the Kassan Stadium, the 85-year-old – who in 1954 became the first man to run a mile in under four minutes – was presented with an award by former 110m hurdles international Jon Ridgeon.

The award was set-up by race sponsors PruHealth linked to its Vitality scheme.

Bannister, who still lives in Oxford where his epic achievement took place at the Iffley Road track, said: “It was fantastic to be able to start the race today, I hope everyone enjoys the route as it is a great area which takes in some stunning scenery.”

Ridgeon added: “It is a great honour to have Sir Roger starting the race and I am delighted to present this award as he was a hero and inspiration to me in my athletics career.”

Celebrating 60 years since Bannister’s achievement, runners were also given the opportunity to run a timed mile around the Iffley Road track in addition to the half marathon event.