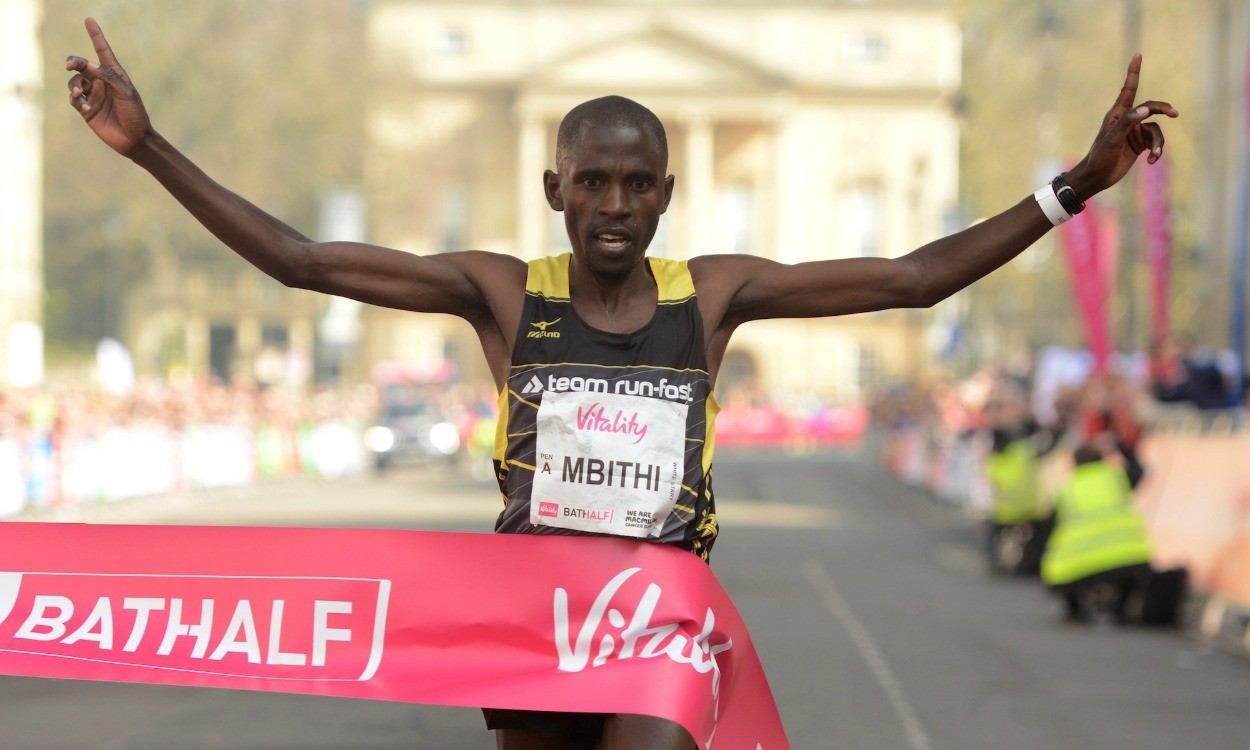 Robert Mbithi broke the course record, while Lenah Jerotich completed a Kenyan double at the Vitality Bath Half Marathon on Sunday (March 13).

Clocking 61:45, Mbithi bettered the 62:01 run by Edwin Kiptoo in 2012 to finish ahead of Jonny Hay of Aldershot, Farnham & District AC. Hay crossed the line in 64:53 after a sprint finish to beat Kenya’s Gideon Kimosop into third place by two seconds.

Jerotich, who like Mbithi is also of Run-Fast, dominated the women’s field and won the title with 72:24. Tracy Barlow of Thames Valley Harriers secured second place in a 74:25 PB ahead of Hayley Munn of Winchester & District AC who finished in 76:46.

A total of 12,700 runners and tens of thousands of spectators celebrated the 35th Bath Half Marathon under sunny skies. 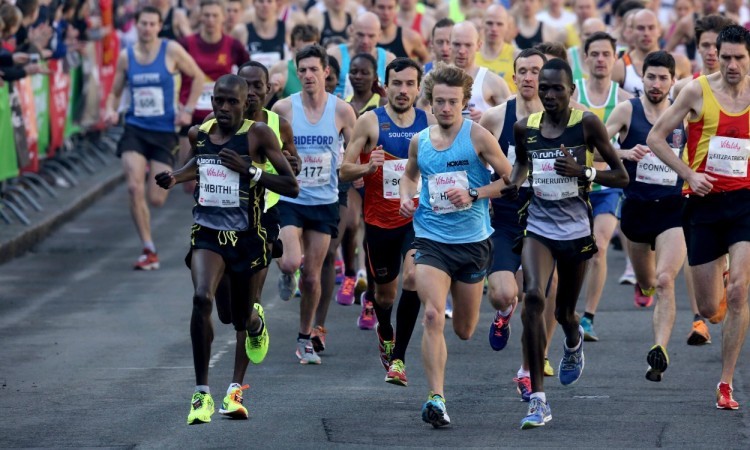 The two-lap 13.1-mile event was started at 11am by Sharron Davies MBE, before David Trick, Stuart Hooper and Maximus sent the family fun runners on their way at 11.20am.

Mbithi wasn’t the only record-breaking athlete as, clocking 73:50, Marin Rees of Les Croupiers RC ran the fastest ever half-marathon for a 63-year-old and also claimed the world record in the M60 age category.

“We are absolutely delighted with the turnout for this year’s event, which has been another fantastic year for the Vitality Bath Half Marathon with some record-breaking performances including a new men’s course record,” said race director Andrew Taylor from Running High Events.

“This year has seen our highest number of official charities, and we are hoping to have raised well over our previous £2.1 million record in fundraising which is a magnificent achievement.

“Congratulation to the winners, and to every single runner who crossed the finish line. It has been another special and inspiring year for the Bath Half, and a wonderful celebration of its 35th birthday.”

The 2016 Bath Half Marathon will be the last race to use the current course. From 2017 onwards, redevelopment of the Green Park area will cause the road to be diverted behind the bus station, making it the first adjustment to the route since 2006.