On the road to the ASICS Greater Manchester Marathon 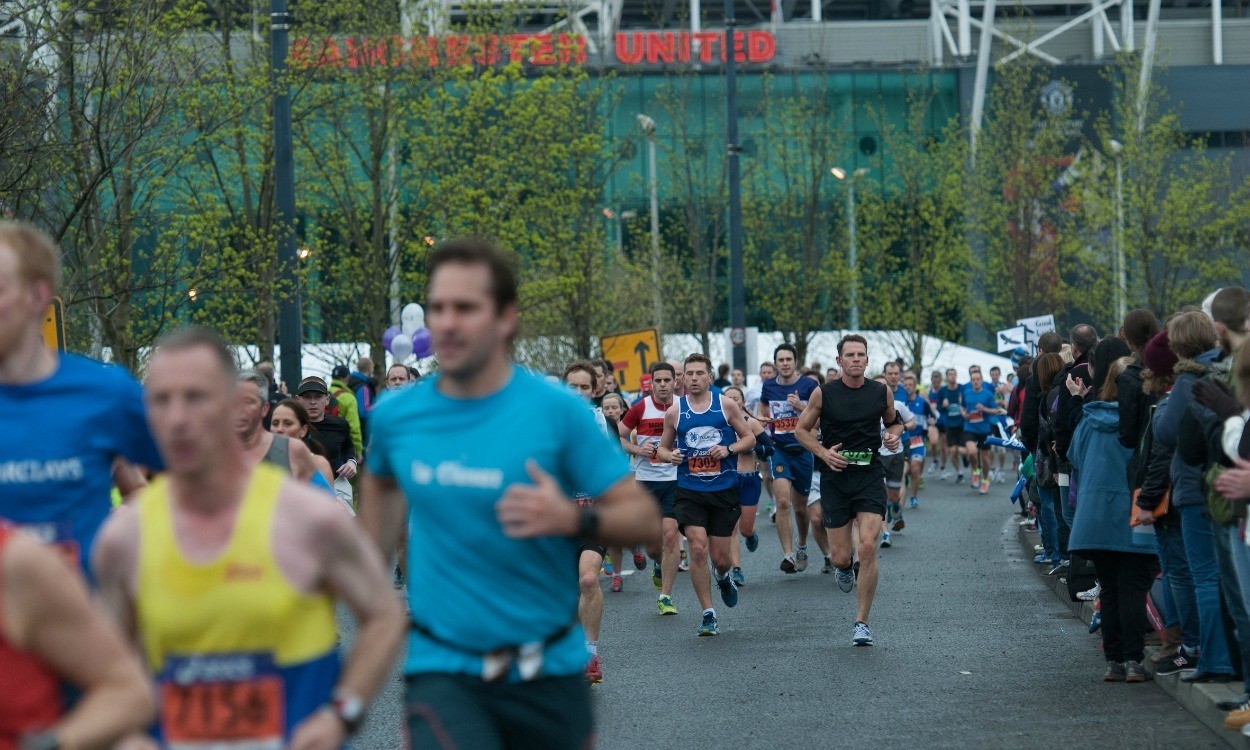 Andy Pearson, Tom Martin, Gill Bland and Amile Inusa are among the thousands of runners currently in training for this year’s ASICS Greater Manchester Marathon.

They were the four lucky applicants after Athletics Weekly teamed up with event organisers to run a competition to find two male and two female ambassadors ahead of the event on April 19.

You can find learn more about the four ambassadors here. 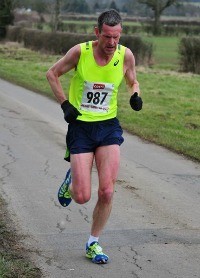 My name is Andrew Pearson and I’m 43 years old with about 27 years of running experience. I’ve been reasonably successful over the shorter distances with a 5km PB of 15.11 and a 10km PB of 32.26 but had never really made the marathon my focus event.

In 2012 I ran 2:46 in the Marathon of the North. Although my preparation was ok I hit the wall at around 23 miles which left me determined to master the marathon and over subsequent marathons I reduced my PB to 2:37:20 at Chester in 2014.

All my marathons to date have been learning experiences which for me is part of the attraction of the event.

I ran the ASICS Greater Manchester Marathon last year and finished in 2:39:21. I was really pleased to have gone under the 2:40 barrier at Manchester but did this off a fairly limited build up as a result of injury in the early part of the year. Having experienced Manchester last year I was really keen to commit to doing this again in 2015 and have a more focused build up.

I was really pleased to be offered the chance to become an ASICS Greater Manchester Marathon ambassador and have the opportunity to share my training and race experiences with a wider audience.

My ambition in 2015 is to continue the progress I am making with the event and run around 2:36. It’s been a gradual process for me to chip away at the time and each marathon I’ve done has been a little quicker as I’m becoming more confident in my ability.

Training has gone well with consistent weeks of 65-70 miles focusing on base long runs. I’ve maintained a weekly interval based session. I’ve had two build up races so far finishing the Brass Monkey Half in 74:19 and Snake Lane 10 in 55:56. I’m up to 23 miles in my long runs so my training now will focus on more marathon-specific work using tempo runs at marathon pace. I’m running a 20 mile race five weeks before Manchester at my target marathon pace. 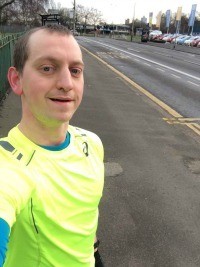 I signed up to run six miles for Sport Relief in March 2010 having hardly ever run outdoors for long periods of time. I really enjoyed the run as it was a challenge and I decided to run a half marathon as I wanted to test myself further. Being from Nottingham I signed up for The Robin Hood Half Marathon finishing in a time of 1:53:54. The feeling of running in such a big race was great, I was quite nervous but it was fun even with tired legs for the last three miles. I had caught the running bug.

Having run in several half marathons, two marathons and an ultra marathon, I now have the massive challenge of being one of four ASICS Greater Manchester Marathon ambassadors. When I found out that I had been chosen I was so happy and excited to get started with the rigorous weeks of training. This is the first training plan that I have followed, before I had just made up my own routines. I have just got to the end of the fourth week of the ‘MYASICS’ training plan which is going well so far and I’m finding it fun and challenging at the same time. There’s still a long way to go before race day though!

I, like many others, am hoping to achieve a PB on race day and the MYASICS plan features a race prediction, which so far is encouraging. 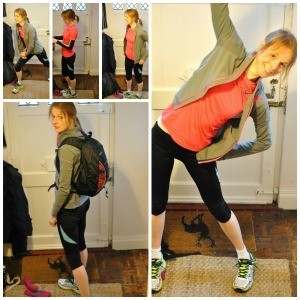 I was excited and relieved when I found out I’d been accepted to be an ASICS Greater Manchester Marathon ambassador. I say relieved because I’d reached the point where I really needed help with training plans, nutrition and motivation if I was to harness my enthusiasm and reasonable aptitude for distance running.

I’ve run three marathons, bettering my PB by 10 minutes each time, but I have never trained with others and only used a Forrest Gump-esque plan of “just run lots”. After being selected I contacted a coaching company who devised a plan which fits into my daily run-commute and is a great mixture of speed work, long runs and drills. It was a treat to visit Runners Need to test and select my Kayano 21 running shoes. They’ve been easy to settle into – no niggles despite doing long runs in them straight away. The ASICS kit is getting a hammering (though not the tiny shorts yet – too cold!). It’s comfy, stylish, chafe-free and fast-drying.

The main battle I’ve faced so far in my training is having to think. This might sound odd but I’m used to switching off my mind when running. Now there’s a challenge in my sights I need to concentrate. When doing a threshold run I find I have to talk myself through it and I notice how my arms cross my body when I slack off. This is new and difficult. I steel myself before checking my pace after a run, but it’s incredibly rewarding when I realise I’ve done ok.

I’ve loved comparing notes with fellow ambassadors as it’s an encouragement to try harder. MyProtein shakes and a heartrate monitor are also aiding my efforts and I’m hoping to do my first group run this week with the Advent Running group. I’ve found that new challenges bring new areas of enjoyment in my training. My next target is to hold 6:40 min/miles for 10 minutes at a time.

The MYASICS training app says the best I can do is a 3:06 marathon. I’m determined to prove it wrong and make 3:00. There, I said it. 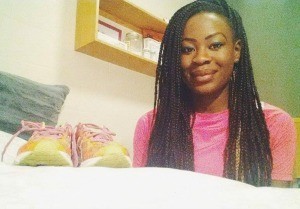 My journey with running began rather sporadically and randomly. During secondary school, I was always selected as a back-up runner for the cross-country team. I must have attended one training session a month, much to the dismay of our coaches, but somehow managed to compete alongside the more dedicated runners. I then took a hiatus from running when I joined a new sixth form college. My only interaction with the sport was watching athletic meets on television from the sofa.

A couple of years into university, I joined a social women’s-only running and training club. I made close friends and saw my fitness improve over the year. However, my distance never reached over 5km.

After the university summer holidays, I found myself in a position where I was now the new leader of the group. We continued to run and the club grew in numbers. However, we were restricted in making changes to our training plans due to the company we were affiliated with.

Over the year, I gained more experience of leading a run club and learnt from more experienced leaders in the field. The next year, I decided to set up my own mixed run club at the university, called Run Wild. We have grown in number to about 70-80 regular students. We train together, race together and support our local community together.

I love the social and encouraging aspect of running with friends. It has led me to explore new parts of Manchester, improve my running fitness and be offered some amazing opportunities over the years.

I have taken part in a few 10km races and regularly run a half-marathon distance in my own time. I also enjoy HIIT workouts, doing yoga, using the athletics track and most recently, trail running! For me, variety is key.

Being selected as a ASICS Greater Manchester Marathon ambassador was daunting at first, particularly as I have never seen myself as anything more than a ‘casual runner’. However, I saw this as an opportunity to challenge myself physically and to be more intentional with training. So far, training has been wonderful and I feel my body getting stronger. I no longer hesitate on whether I should run or not. Now, I call a friend or two, lace up my trainers and just run.

The words of Bill Bowerman have been my mantra- “If you have a body, you’re an athlete”.

» For further information on the ASICS Greater Manchester Marathon see greatermanchestermarathon.com and look out for updates from the four ambassadors in the near future