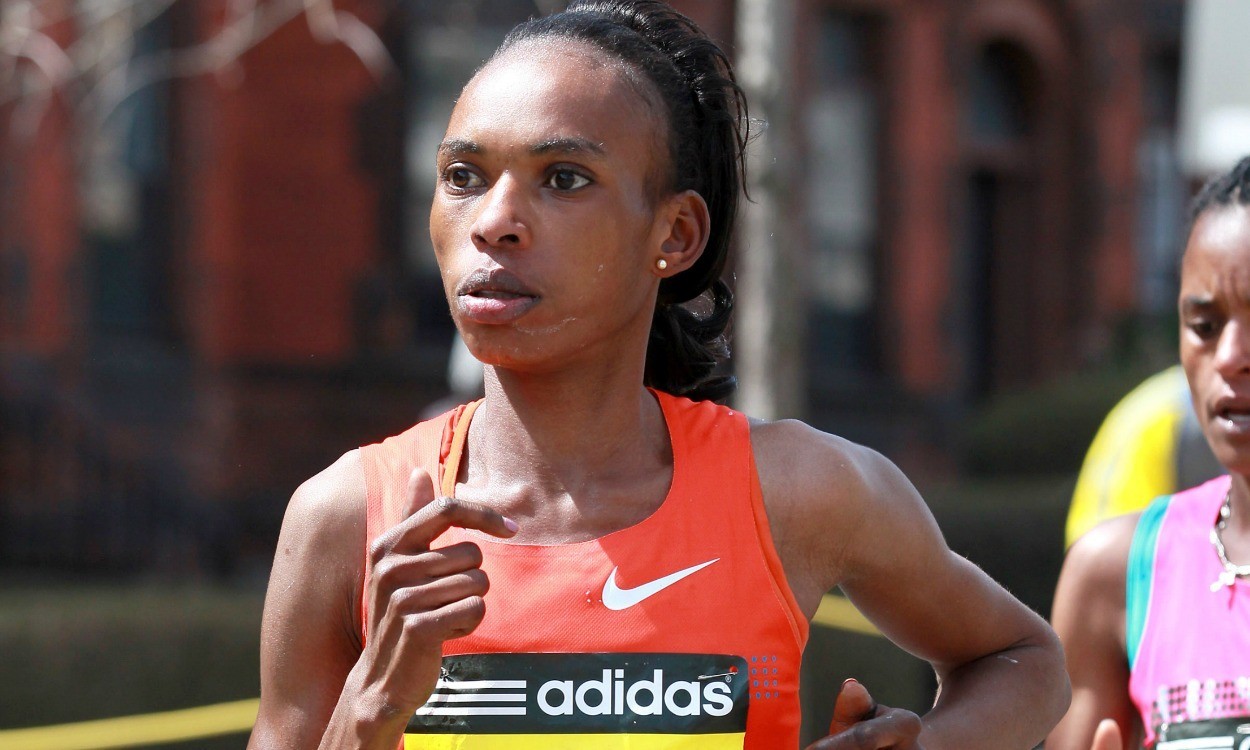 Rita Jeptoo, who failed an A sample doping test in September, has been provisionally suspended from competition and has requested that her B sample is tested, according to Reuters.

On Tuesday Reuters reported Jeptoo had ordered a B sample test and quoted Athletics Kenya’s senior vice president David Okeyo as saying: “We took her through the defense procedure as per the IAAF rules. She also requested that further test be performed.

“As at now, she is provisionally suspended from competition as she goes through the procedure. That is the standard procedure. But that does not mean she has been sanctioned. We will discuss the rest after the B sample has been tested.”

It is not yet known when the B sample test is to take place.

Jeptoo’s positive A sample test caused the postponement of the awards ceremony for the 2013-14 World Marathon Majors (WMM) series, which had been due to take place after its final race, the TCS New York City Marathon, on Sunday.

The 33-year-old athlete had been due to collect the women’s prize, including a cheque for $500,000, at the awards ceremony after having secured her WMM series victory with a win at the Bank of America Chicago Marathon, which took place on October 12, after the out of competition test.

Earlier in the year she had also successfully defended her Boston Marathon title in a course record time of 2:18:57 and topped the WMM series table with a maximum 100 points. She was the first athlete in the history of the race series to have claimed the maximum points available.