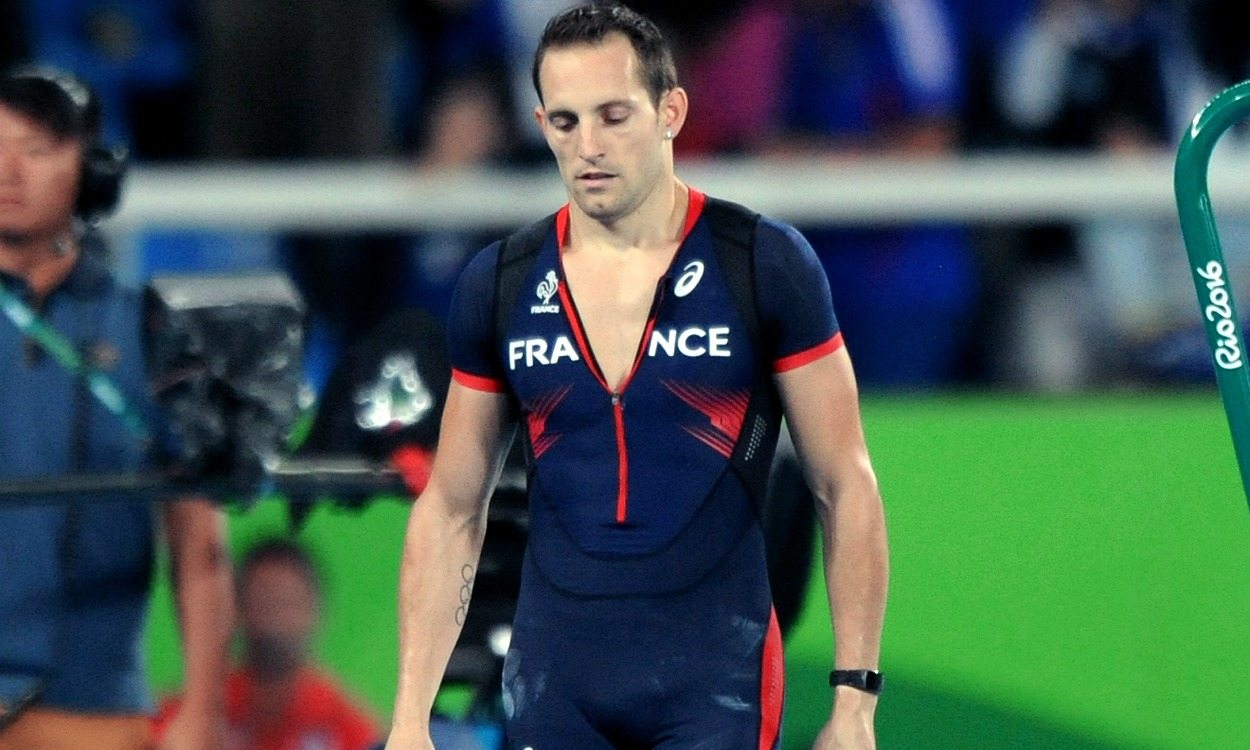 In the second part of his Olympic review, Tom McNab analyses the pole vault, long jump and distance events

Let’s start by recapping where athletics is positioned. It is not a developing sport, except for in nations coming from a low base. Therefore, if British athletics wishes to improve it must change outlook and look to other sports for example. That will mean better deployment of existing resources and use of experienced coaches.

Equally importantly, we can’t continue to offer at club-level a service relying on an uncertain voluntary force. Much of the income has been spent indirectly on networks or development officers instead of performance, but that must change. We must re-examine our competitive structure and try to maintain more of the vanishing youth athletes.

SWUP is a term I created as an immediate reaction to Renaud Lavillenie’s conduct in the Olympic pole vault final. It stands for Strategic Wisdom Under Pressure, summing up the Frenchman’s superlative effort. Rain had lashed down pitilessly on the vault runway and he decided to wait until it had subsided, entering on a dry runway as late as 5.75m, by which time the Canadian Shawnacy Barber had vanished.

But it worked. Lavillenie vaulted superbly, clearing 5.98m. Here SWUP came in again, for the Brazilian Thiago Braz, realising that even success at that height would leave him in silver, opted out. My money was still on Lavillenie. Wrong. Braz produced a Beamonesque clearance to take gold. Magnificent.

Pole vault was originally called “high jump with pole”, long before the American Cornelius Warmerdam cleared 4.77m with a bamboo pole in the 1940s. Russian coach Vitaly Petrov would have found little to criticise in Warmerdam’s technique – a high springy plant, staying back, swinging through to line up with the pole as it reached the vertical. It was exactly the same as the technique of the current-day elite. Braz travelled thousands of miles to Italy to be coached by Petrov.

The technical level of this event is good, but what we do not have are sprinter-jumpers of the calibre of Carl Lewis or Mike Powell. The event is not complex, the main elements being speed, accuracy and board-strike.

The two and a half hitch-kick was rarely performed well in Rio, with the final movement almost invariably rushed, because of lack of flight-time, and many competitors failed to land with heels in line.

Greg Rutherford has no cause to blame himself, because he gave it everything that he had, attacking the board with ferocity and accuracy. The debate over his “foul” jump cannot have helped, but he is a warrior, one of the best field event athletes in British history.

The women kept it simple, using ‘hangs’ or one and a half hitch-kicks, and both Tianna Bartoletta and Brittney Reese showed great runway speed and accuracy. Here, it is worth mentioning Britain’s Jazmin Sawyers, who showed immense maturity at her first Olympics.

If there is to be coach of the Olympics, it must surely be Bartoletta’s coach, the American, Rana Reider. For it is hard enough to switch take-off legs in long jump, but damn near impossible in triple jump. Yet this is what Reider has done with Christian Taylor, producing a technique indistinguishable from that achieved from his stronger leg. I noted the hop- step distances of Taylor and Will Claye were almost identical at just short of 12 metres. But Taylor’s jump-distance was better, close to 6 metres, from his previous take-off leg.

The technical content of distance running is modest, but Rio underlined the research that shows how ability over 400m correlates highly with distances up to ultra-marathons.

Steve Ovett went to his coach Harry Wilson as a 47-second 400m runner, while Seb Coe ran below 47. Mo Farah can clearly run sub-50 seconds and this means that he can produce sub-53-second final laps. This surely has strong implications for the training of distance runners.

However, this is only if they stay on their feet, of course. Farah was fortunate to come out of his 10,000m fall in one piece, and he then went on to have a stumble in his 5000m heat. If there is to be a golden rule, then it is surely to run wide when the pace is slow, which it often is in the finals of major championships.

The men’s shot featured the best rotational technique that I have ever witnessed, from the American Ryan Crouser.

What we often see is a fast rotation and a rushed lift from a shallow strike-position, and with that, great volatility. Not so with Crouser. He winds up, goes in with good balance with a long left arm, then wraps it in to speed up the rotation, as the right knee cuts in.

He lands well back on his right toe, coiled, then explodes out of it, driving in and up with both legs. Superb.

All-round athletes have the most to teach coaches. This is because they are forced to use modified versions of specialist techniques. Both Ashton Eaton and Brianne Theisen-Eaton deploy step-back techniques in shot – a method first created in the 1960s – and similar modified techniques in almost every other event. But surely there is a ‘best’ method. Yes, but that method has to relate to the individual, particularly in early experience of the event.

It is ludicrous to attempt to deploy an O’Brien shot technique using a standard shot with a 12-year-old novice, or a Fosbury Flop with a wee lass for whom getting up on to the landing bed represents a personal best.

Yet I have seen this happen regularly. An IAAF high jump film of some years back showed that, even with the best jumpers, their high point is often before the bar. A rhythmic, locked-in approach, hitting the correct take-off point in the same vertical position, taking the high point directly above the middle of the bar is vital.

Practice does not make perfect. Practice makes permanent, and it is high-percentage take-off strikes in good positions that effectively recruit muscle fibres.

I had hoped for three or four British relay medals. When the men ran 37.78 to close on the British 4x100m record at the Müller Anniversary Games, their checkmarks were conservative, all runners taking the baton at around eight strides. I had hoped for a stretch in checkmarks and around 37.4 in Rio, but it was not to be. The Chinese, probably 0.2 seconds or more per man slower than GB, pushed Bolt all the way to the line, with stunning exchanges and high baton-speed. The latter is what Britain’s women achieved in securing a worthy bronze.

The 4x400m fiasco, in which GB’s men were disqualified, stresses the need for inline cameras to confirm the visual judgements of an official, and I attach no blame to the athletes or coaches.

This naivety was repeated in the keirin in cycling, where there were two re-runs at the start because of a lack of cameras. The exchange area in the long relay has always been a contact sport, and similar common sense from the official should have prevailed in this instance.

» The first part of this series can be found here