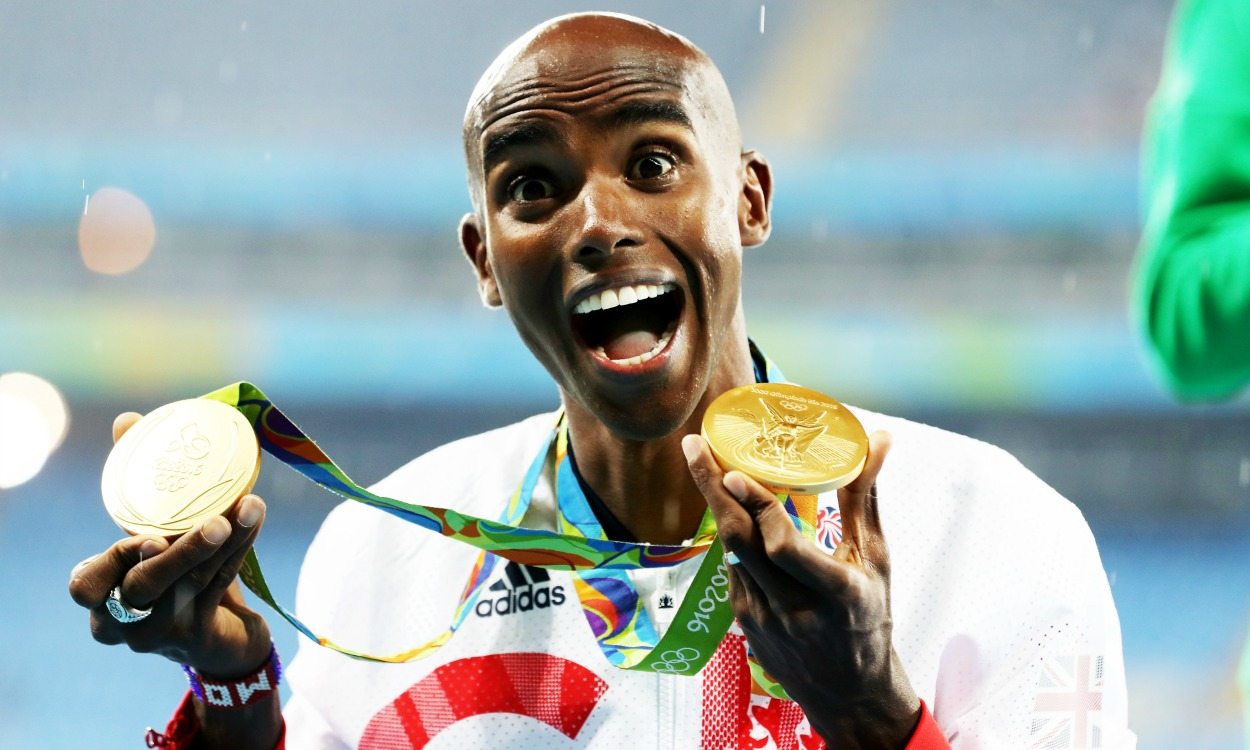 After 10 days of Olympic Games action, take a look at how many medals we correctly guessed and let us know how that compares with your own predictions!

Ahead of Rio 2016 Olympics athletics action we put together a list of medal predictions, but how did we get on?

Here we compare our predictions against what actually happened. You can find all the medal winners listed here, with a link through to each of our online reports. Check out the August 18 and 25 editions of AW magazine for further coverage!

Bolt again got the gold but De Grasse went one better than his 100m bronze to get 200m silver as Gatlin struggled with injury and Merritt placed sixth. France’s Christophe Lemaitre just pipped GB’s Adam Gemili to bronze as both athletes clocked 20.12.

We got the top three right but in the wrong order as Van Niekerk stormed to a world record ahead of James and Merritt.

A fine run saw Rudisha retain his title but it was Algeria’s Taoufik Makhloufi and USA’s Clayton Murphy in silver and bronze respectively.

We had Centrowitz down for a medal, just not the gold he went on to win! The American beat Makhloufi and New Zealand’s Nick Willis, while Kiprop finished sixth.

No Kenyans even made the final so that already ruled Ndiku out of the medals. We were correct with our gold and bronze medal predictions but USA’s Paul Chelimo got the silver.

Again, our gold medal guess was right but Kamworor finished down in 11th as the minor medallists were his fellow Kenyan Paul Tanui and Ethiopia’s Tamirat Tola, who pipped Demelash by just 0.01.

Kipchoge did continue his domination to get the gold but Ethiopia’s Feyisa Lilesa claimed silver and USA’s Galen Rupp the bronze.

Gold and bronze were as we predicted, but Spain’s Orlando Ortega secured silver as Allen placed fifth.

Gold did indeed go to Clement, but instead of Bett it was another Kenyan in silver – Boniface Mucheru. Bronze was won by Turkey’s Yasmani Copello, just ahead of Ireland’s Thomas Barr. Bett was disqualified in his heat, while Tinsley was sixth in his.

Kipruto did get the gold and initially Kemboi also claimed a medal but was later disqualified and lost his bronze. Silver went to USA’s Evan Jager and bronze to Mahiedine Mekhissi of France.

Again, correct guesses on the medallists but in the wrong order as Drouin got gold, Barshim silver and Bondarenko bronze.

Surprise gold medallist was Brazil’s Thiago Braz da Silva, who we listed as an ‘outside tip’ in our magazine previews. He beat Lavillenie and Kendricks.

Henderson got the gold and Rutherford the bronze as South Africa’s Luvo Manyonga secured silver.

Kovacs was beaten to the title by Crouser, while New Zealand’s Tomas Walsh was third and Storl seventh.

A Harting did win but it was Robert’s younger brother Christoph as the older sibling failed to qualify for the final. We were right with the silver medallist, but Germany’s Daniel Jasinski claimed bronze.

We got one medallist in the list but in the wrong place as Nazarov got gold ahead of Ivan Tsikhan of Belarus and Poland’s Wojciech Nowicki as Fajdek failed to make the final and Pars was seventh.

Eaton did win, but Warner was third, Kazimirek fourth and France’s Kevin Mayer secured the silver.

There was another victory for Jamaica, gaining Usain Bolt his ninth Olympic gold, but Japan were second and Canada third. USA were disqualified and Britain placed fifth.

USA won from Jamaica and Bahamas as Britain was handed a controversial disqualification in their heat.

It was Toth from Tallent as Diniz placed eighth despite struggling out on the course. Bronze went to Japan’s Hirooki Arai, who was briefly disqualified but later reinstated.

Our predictions as to the medals claimed by the two Jamaicans were correct, but struggling with injury in the lead up, Schippers placed fifth, while silver was won by USA’s Tori Bowie.

We didn’t predict that Thompson was going to complete a sprint double but we did correctly guess the three medallists, just in the wrong order, as Schippers secured silver and Bowie bagged bronze.

Felix was pipped to the title by Miller, who dived over the line, while Jamaica’s Shericka Jackson claimed the bronze and Francis was fifth.

Our top two prediction was correct but bronze went to Margaret Wambui ahead of Bishop.

Kipyegon defeated Dibaba for gold, while Jenny Simpson was third and Muir seventh.

After her 10,000m world record, Ayana didn’t have the pace to stick with eventual winner Vivian Cheruiyot and Obiri and she claimed bronze.

Ayana was a hugely dominant winner, breaking the world record on her way to victory. We got the other two medallists correct too, but in the wrong order.

Sumgong completed the first part of the Kenyan marathon double and Diababa did win a medal, but bronze. Tufa didn’t finish and silver went to Bahrain’s Eunice Jepkirui Kirwa.

Another event in which we correctly guessed the three medallists but in the wrong order as behind winner Rollins, Ali got silver and Castlin bronze.

Muhammad was a dominant winner, while silver went to Denmark’s Sara Slott Petersen and bronze to USA’s Ashley Spencer as Hejnova finished fourth and Doyle eighth.

We were correct in predicting that Jebet would get the gold and she almost broke the world record on her way to doing so. Kenya’s Hyvin Jepkemoi claimed silver and Emma Coburn broke the American record for bronze.

Beitia did indeed get a medal, but it was the gold as the 37-year-old claimed her first major senior title. Silver was secured by Bulgaria’s Mirela Demireva and Croatia’s Blanka Vlasic the bronze as Lowe just missed out on countback, the top four all having cleared 1.97m.

Reese was beaten by team-mate Tianna Bartoletta on her title defence and Spanovic got bronze rather than the silver we predicted.

We predicted it! Our three guesses were correct for this event.

Perkovic and Caballero did both claim medals, but gold and bronze respectively as silver went to France’s Mélina Robert-Michon.

Wlodarczyk broke her world record to retain her title in style as Zhang’s result did also match our prediction as she got silver. A British record-breaking final throw from Sophie Hitchon got her the bronze ahead of Heidler.

Croatia’s Sara Kolak claimed a surprise victory from South Africa’s Sunette Viljoen, while Spotakova did win another Olympic medal but this time it was bronze.

Another surprise victory came in the heptathlon as Belgium’s Nafissatou Thiam set five PBs from the seven events to take the title ahead of Ennis-Hill and Theisen-Eaton.

The same as the shorter relay and we again predicted it correctly.

Hong did get the gold but it was Mexico’s María Guadalupe González who claimed the silver and China’s Lü Xiuzhi the bronze.