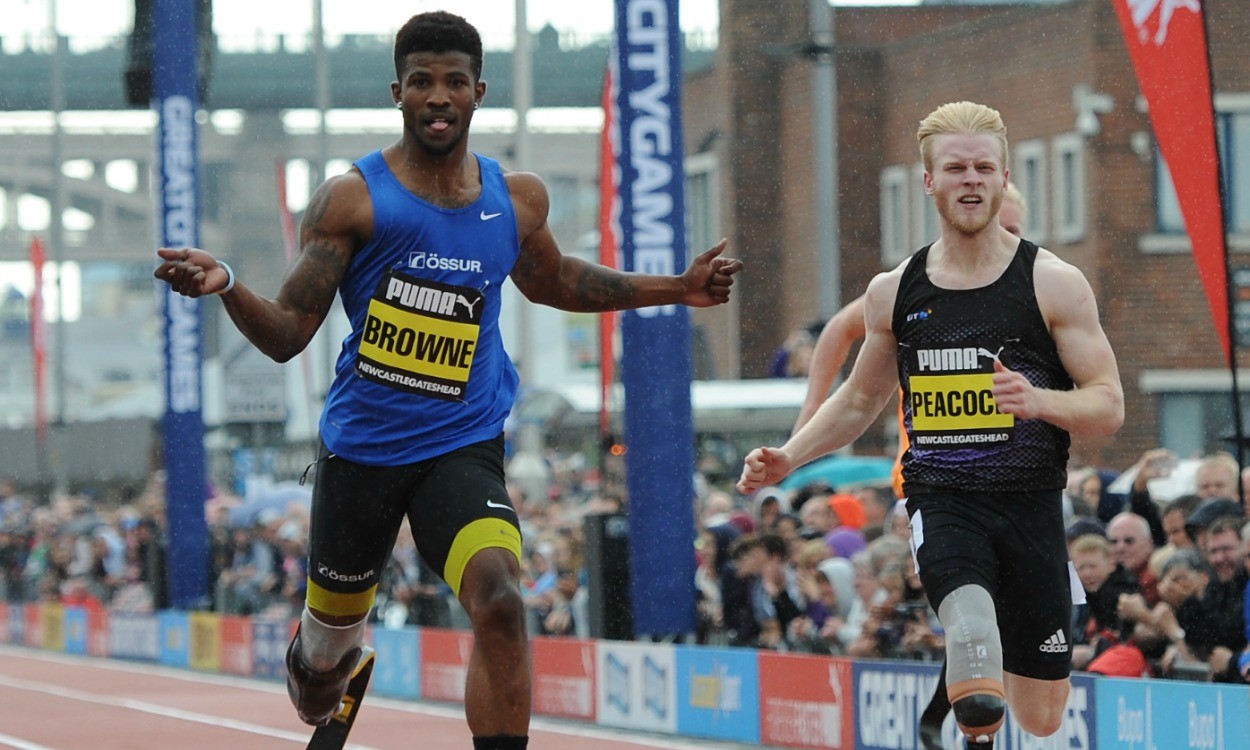 Richard Browne broke his own T44 200m world record at the Memorial Van Damme in Brussels on Friday and the American sprinter has set his sights on going faster still in 2015.

On a memorable evening in the Belgian capital the single-leg amputee sprinter stormed to victory in 21.62 to take 0.29 seconds off his previous best. In recording that 21.91 at the Mt SAC Relays in April, Browne had become the first T44 athlete to dip under 22 seconds and now wants to do the same with the 21-second barrier.

“I’m only about 90 per cent right now,” explained Browne. “Hopefully I can get down to that 20-point-something range which is my aim for next year.

The day after running his world record in Brussels and Browne was back on the track, lining up alongside the likes of his British rival Jonnie Peacock – the world and Paralympic champion – at the Great North CityGames in Newcastle.

The American was again victorious, clocking 10.94 to Peacock’s 11.09, but despite his quick times and recent victories, Browne is yet to win a major individual title and is targeting global golds to go with his world records.

“I’ve been here for a year now and all I hear is that Jonnie is the world champion,” he said.

“I’m growing really tired of it, so hopefully next year I cannot only break the world record in the 100m again, but become world champion in the 100m and 200m.”