Relay delight for Britain on final day of European Championships 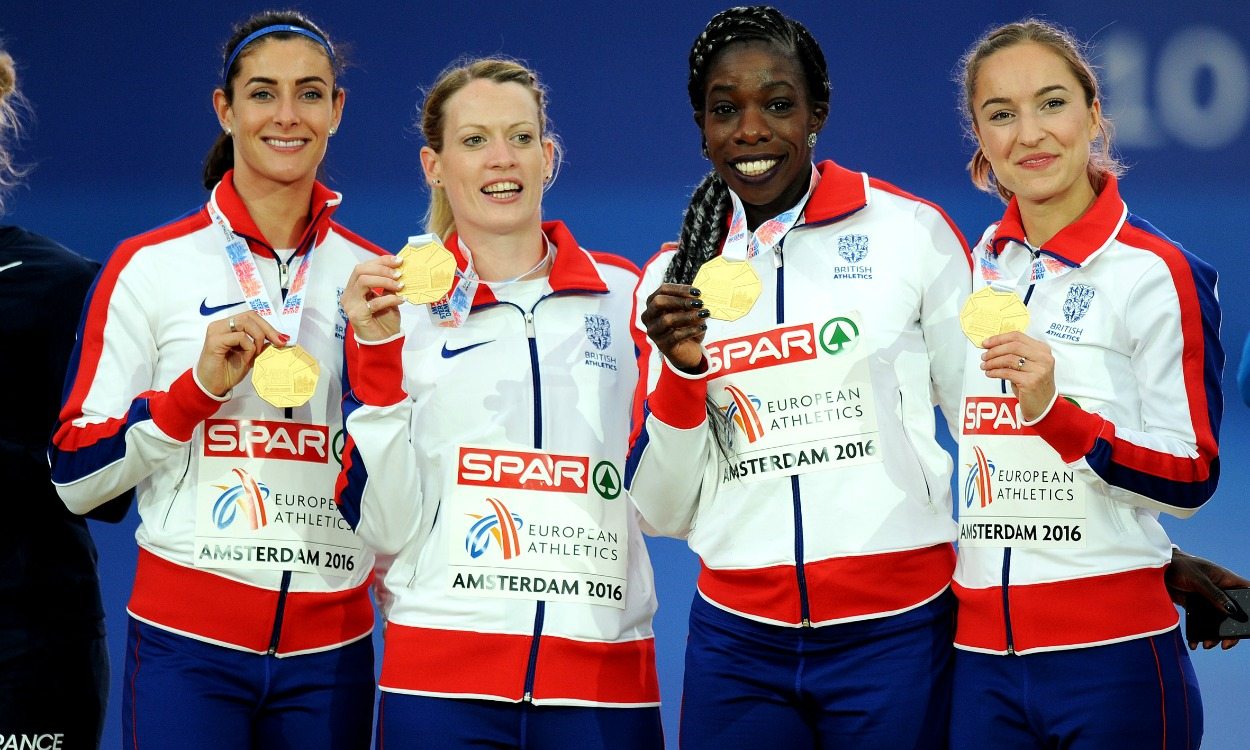 Poland, Great Britain and Germany emerged as the big winners as the European Championships drew to a close in Amsterdam on Sunday (July 10).

With six victories during the five-day meeting, Poland won more golds than any other nation. But no country captured more medals than Britain and Germany as they each took five golds and 16 medals in total.

Close behind, Turkey finished fourth in the medals table with 12 medals – the same number as Poland – although their success came with controversy due to their team featuring a number of transferees.

The host nation, Netherlands, can be proud after finishing in fifth place with four golds and seven medals. But on the road to Rio few countries will gain as much confidence from the championships than Britain, who in addition to the medals tally topped the placings table, where points are awarded for top eight positions, ahead of Germany.

Two of Britain’s golds came in the final session in the relays, while the men’s high jump and 800m also proved successful hunting ground for GB athletes.

Emily Diamond used to be a talented tennis player and took part in teenage events in Wimbledon in her youth. But while Andy Murray was winning his second men’s title in London, Diamond was storming around the first leg of the women’s 4x400m in Amsterdam before handing over to Anyika Onuora, Eilidh Doyle and Seren Bundy-Davies as the GB team (pictured above) won gold in style in 3:25.05.

Bundy-Davies said: “The girls gave me such a good lead, they keep putting me in such a good position, so all I have to do is just bring home the gold.”

Ellington said: “The main thing was all about safety. We knew we had the fire power to get the job done. We are a bit disappointed that we didn’t run faster but we did the job and got the gold medal. The team have been on plenty of training camps together so we have got to know each other a lot better.”

Not all relays went Britain’s way, though. Matt Hudson-Smith went into the last leg of the men’s 4x400m with a decent lead after good work from Rabah Yousif, Delano Williams and Jack Green. But the British champion was run down in the home straight by Kevin Borlee of Belgium.

The Belgium squad, which featured three Borlee brothers in total, clocked 3:01.10 ahead of Poland, who came into second place as Hudson-Smith lost his form in the closing metres when victory was in his sight.

Bolstered by Dafne Schippers, Netherlands were too strong for Britain in the women’s 4x100m and the Dutch quartet set a national record of 42.04 ahead of Britain. Still, Asha Philip, Dina Asher-Smith, Bianca Williams and Darryl Neita ran well to clock 42.45 for silver ahead of Germany.

Away from the relays, a tremendous finish to the men’s 5000m saw a Spanish one-two from Ilias Fifa and Adel Mechaal, but they did not have much time to celebrate due as they held on desperately in a frantic blanket finish to the race.

Both Fifa and Mechaal, plus bronze medallist Richard Ringer of Germany, were all awarded the same time of 13:40.85, while Henrik Ingebrigtsen of Norway produced a tremendous finish to come fourth.

Eighth at the bell and detached from the leaders, Ingebrigtsen used his 1500m speed to close on the leaders but finished a frustrating one hundredth of a second behind the winner – and indeed all three medallists – in fourth.

The men’s 800m was more clear cut as Adam Kszczot successfully defended his title in 1:45.18 ahead of fellow Pole Lewandowski as GB’s Elliot Giles continued his tremendous breakthrough season with a PB and podium place in third.

Giles said: “It is my first GB vest, my first championships and my first medal, so that is an achievement in itself. I actually thought I had got second but I am really happy with the bronze medal. It was also inside the Olympic qualifying standard which is huge! I wanted to win, that may seem like a long shot but I am really confident in my ability.”

Angelika Cichocka of Poland outkicked Sifan Hassan of Netherlands to win a slow 1500m in 4:33.00. Cichocka ran a 58.6 last lap to charged past the favourite from the host nation in the finishing straight, while Ireland’s Ciara Mageean won bronze and Sarah McDonald was ninth for Britain.

In the field, Gianmarco Tamberi of Italy won the high jump with 2.32m. Behind, two Britons made the podium with Robbie Grabarz, the 2012 European champion, taking silver with 2.29m and his GB teammate Chris Baker sharing bronze with Germany’s Eike Onnen after they also cleared 2.29m.

In the men’s hammer, Pawel Fajdek helped Poland to their medals table-topping performance as he took gold with a throw of 80.93m while GB’s Chris Bennett finished 10th with 70.93m.

After winning gold and bronze in the women’s half-marathon earlier in the day, Patricia Mamona gave Portugal the women’s triple jump title as she jumped a national record of 14.58m (0.8).

» The July 14 issue of Athletics Weekly will feature full coverage from the European Championships with more than 20 pages of reports, photos and results from Amsterdam