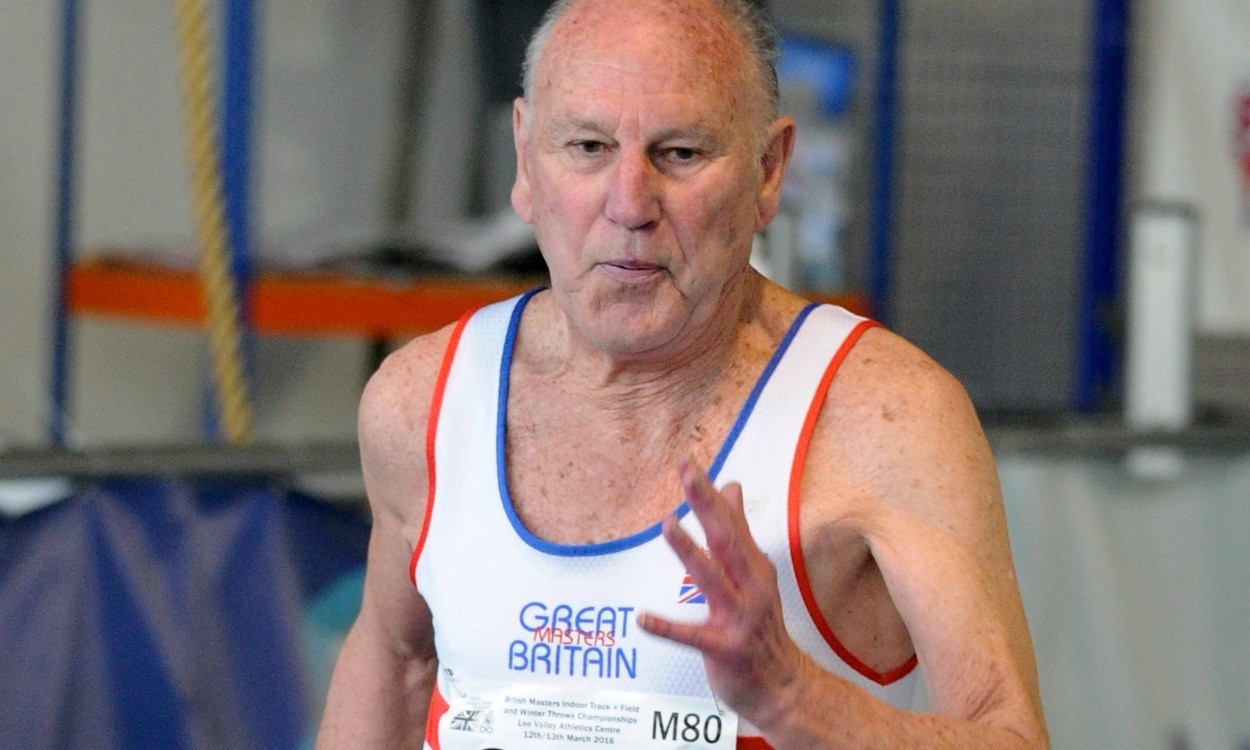 A look at some of the top domestic and global performances from the past week, including an M80 world 60m hurdles record by Tony Bowman and a course record by Jade Jones at the Silverstone Half

Online coverage of the Inter Counties Cross Country Championships, the Bath Half Marathon and other major overseas events is already available, but there was also plenty of other action this weekend.

While her son Harley was winning the Inter Counties under-13 title, Di Norman won the W40 400m, 800m, long jump and shot titles.

Pippa Earley claimed the under-17 women’s pentathlon title, moving to fifth in the UK all-time list in the age-group with her score of 3811 points. Portugal’s Marisa Vaz Carvalho, competing as a guest, scored 3992 points to win overall.

Josh Hewett claimed under-17 men’s heptathlon gold with a PB of 4603 points.

Stephen Green’s report plus photographs of the event will appear in this week’s issue.

Barnabas Kipkoech of Kenya won the men’s race in 66:05 and second overall was the leading woman Damaris Areba, who won in 70:58.

This event over one of the toughest courses in the South was held for the 40th time and saw a clear win for Highgate’s Shaun Dixon in 71:42.

W50 Clare Elms was first woman in 83:59, holding off a challenge from course record-holder Andrea Green, who has an outright PB of 73:28 from winning the 2000 Bristol Half Marathon.

The original race in 1977 was famously won by Olympic 800m champion to be Steve Ovett.

Jade Jones broke her own course record as she won the women’s wheelchair race in 58:55, with Mel Nicholls second in 58:56. Both women took more than three minutes off Jones’ previous record of 62:09.

In the mass race, Michael Aldridge and Nicki Nealon were the winners in the men’s and women’s events, finishing in 73:07 and 83:00 respectively.

Eunice Kirwa claimed victory in 2:22:40 as Tomomi Tanaka won the battle to be first Japanese in 2:23:19, a second ahead of Rei Ohara, which should give her the final place in Japan’s Olympic team.

Britain’s women claimed team silver, with Jenny Nesbitt leading all six athletes to top 25 finishes. The team had three in the top 12, Nesbitt finishing fourth with a time of 22:05 for 6.2km. You can read a blog post about Nesbitt’s experiences here.

Ahead of GB was Japan, while Italy placed third.