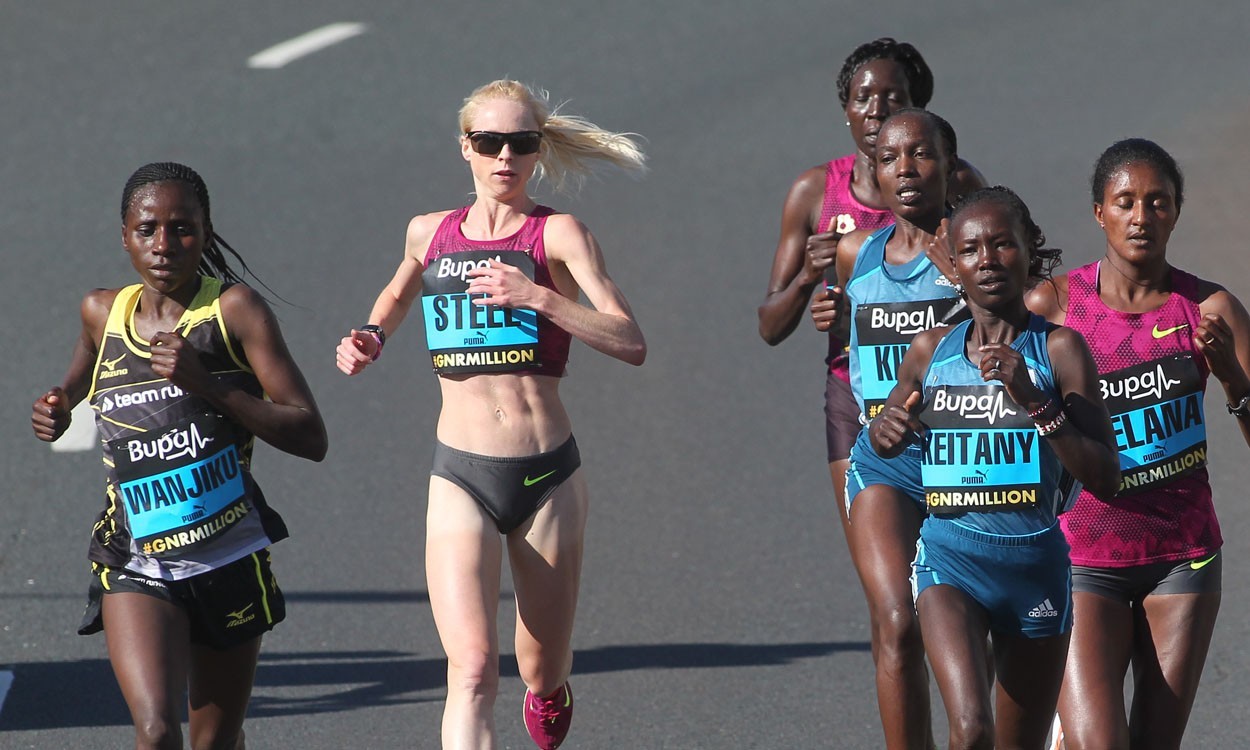 Course record-holder set to face the likes of Tigist Tufa, Priscah Jeptoo and Gemma Steel on Tyneside in September

A year after breaking Paula Radcliffe’s course record by a second, Mary Keitany is set to defend her Morrisons Great North Run title.

The Kenyan, who ran 65:39 to win the 2014 event on Tyneside, is due to face the likes of Ethiopia’s Tigist Tufa, who prevented Keitany from completing a hat-trick of Virgin Money London Marathon victories earlier this year, when she lines up for the half-marathon event on September 13.

The elite women’s field for the IAAF Gold Label race is also set to include Priscah Jeptoo, Kenya’s Olympic marathon silver medallist and 2013 Great North Run winner, and Britain’s Gemma Steel, who finished as runner-up to Keitany last year in 68:13. Ethiopians Birhane Dibaba and Shure Demise as well as Japan’s Reina Iwade are other entries.

Keitany’s victory last year came when she was on the comeback trail following the birth of her second child.

“I was not expecting to break Paula Radcliffe’s record,” she said. “It was my first half-marathon after a long break.”