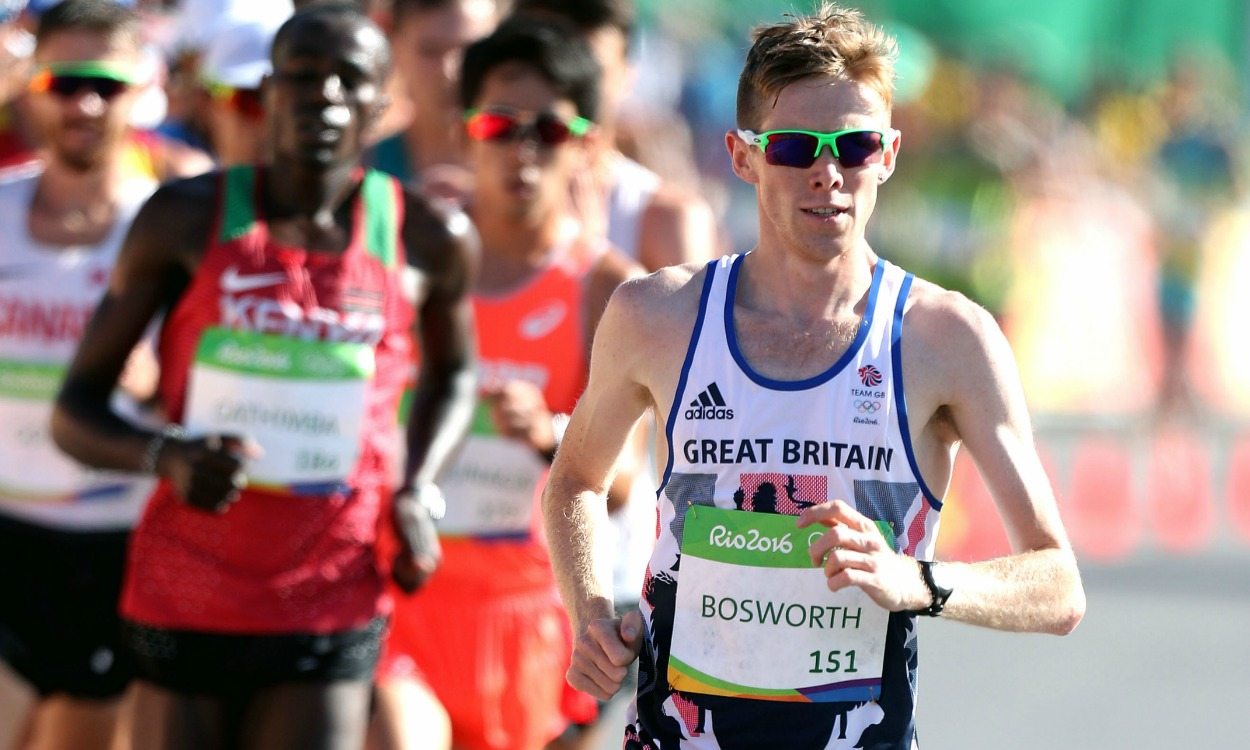 Bosworth finished sixth in Rio over the 20km, and plans to compete in his first 50km race in two years’ time

Tom Bosworth will step up to the 50km walk at the end of 2018 in a bid to officially become Britain’s greatest ever race walker across the whole spectrum of distances.

Bosworth enjoyed an outstanding 2016 as he twice broke the national 20km record – once en route to a sixth-placed finish at the Olympic Games – to add to a growing collection of British bests which include 3000m, 5km indoors and outdoors, and 10km.

The 26-year-old from Tonbridge is yet to attempt the man-killer distance as he targets international medals at the shorter championship event, but told AW ahead of the Great South Run 5km, where he walked the distance in 20:10, that increasing the distance up to 50km is something he is planning to do not too far down the line.

“In my mind I’m looking at 2018 because there’s no major world champs. There’s the Commonwealth Games and the Europeans. So I’ll do those and perhaps look at a 50km towards the end of the season,” Bosworth said, adding that his coach, Andi Drake, would be pleased to finally hear him commit to it.

Bosworth compared the increase to a 10,000m runner opting to take on half-marathons and marathons. “It’s very similar for us to say that 20km is like a bit of a sprint, so let’s step it up to 50km. It’s such a brutal event and takes so much out of you.”

The country’s current No.1 over 50km, Dominic King, qualified for the London 2017 World Championships earlier this month with a personal best of 3:55:48 in Germany, which moved him to second on the British all-time list behind five-time Olympian Chris Maddocks.

Bosworth has worked tirelessly in recent years not only to raise his own level to a world-class standard, but also help boost the profile of the event domestically after spending years in the doldrums.

Earlier in the summer 19-year-old Callum Wilkinson became the first British walker to win a world title in 52 years when he took 10,000m gold at the World Junior Championships in Bydgoszcz, and Bosworth is proud to see British walkers making a long-awaited return to the top.

“[King] is setting the way there. I’ll soon step up, maybe in the next few years and challenge him. Because at the end of the day I want to complete the set of records and 50km is the last one,” he added.