Psychology: Behind the headlines 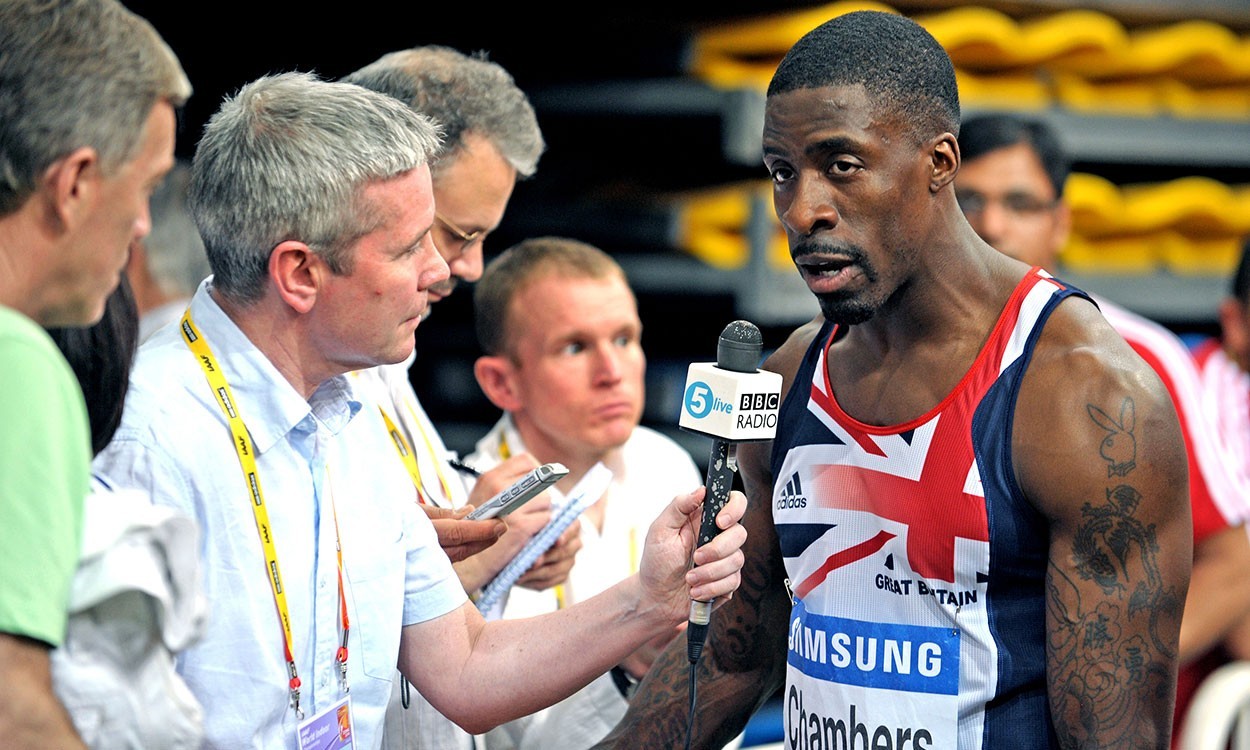 There are hundreds of variables that can impact on an athlete’s ability to perform. Anything from individual physiology to coaching, from their mental resilience and motivation levels to injury susceptibility can make a difference to the outcome of a competitive season.

In theory, the impact of an athlete’s media profile should be very low down on the list of potential for interference. Yet, recent events have highlighted that this is often not the case. In fact, the mindset of athletes can be affected in a range of media situations – from having to answer journalists’ questions through to their upset if portrayed negatively in coverage.

To investigate the extent to which being thrust into the public eye can influence performance, I have recently conducted a study on the subject. Over the summer of 2015, I interviewed 10 retired Olympic athletes, each of whom had dealt with media interest in their sporting careers at some level. My aim was to find out precisely how, from a psychological perspective, they and their performances had been affected. Was it good, or bad? Here’s what I discovered.

The introduction of 24-hour sports news and the integration of social media in everyday life means that athletes now
feel pressure not only to perform in the stadium, but all the time. In many cases, every comment they make, from how well a training session has gone though to derogatory team banter, is now viewed by a wide audience. Increasingly, athletes feel they have to put on a “media face” in public and must restrain themselves from showing upset or frustration.

One elite athlete told me: “I’d never be angry, I’d never be upset. If you do that in front of cameras, the media see you as a person out of control.”

This athlete felt that being in the public eye slowed down their self-reflection process and prevented them from moving on after bad races.

Newspaper and TV journalists love a neat, linear narrative and nothing fits better than an athlete living up to their highly publicised expectations. But such pressure can cause stress for the athlete concerned as they become sensitive and highly attuned to how their performances might be perceived.

Many experience a deep sense of failure when believing they have underperformed, even if they still exceeded a coach’s expectation. Equally, when they are not the typical shape or size for their event, they feel acutely self-conscious.

One of the athletes in my research was only 15 when a journalist commented on her size. “That made me devastated. I just wanted to quit,” she said.

Along with heightened individual expectations, there is a growing concern about the media’s obsession with medals and comparative standings in medal league tables.

Athletes told me that this media fixation with winning medals increased anxiety if they had a realistic chance of making the rostrum and caused immense frustration if they were improving but not of medal-winning standard.

The overwhelming feeling was that their hard work and efforts go unrecognised. As a result, they became more and more demotivated.

Even if an athlete enjoys their media profile, it can detract from their performance, my research found. In many instances, media and sponsorship obligations limited the time an athlete had to train and recover and caused them to think through the implications of every word they uttered. Their concern was, if they were to say the wrong thing, they would risk attracting negative social media comments which they found mentally draining.

For some, the implications are serious, as one athlete told me: “Between training, media engagements and last-minute team meetings it meant I didn’t actually get an evening meal the day before I competed at the World Championships. Not sure I actually got lunch either.”

In sport, social media can be both a blessing and a curse. On a positive front, it allows athletes to keep in touch with friends and family when competing or training abroad and gives clubs and teams easy access to fans.

However, it is also a direct source of stress for athletes who see negative messages, as one outlined in an interview with me, saying: “You can have 100 people saying really lovely, encouraging things to you and you can have one troll saying something really personal and that is what will stick with you.”

The thirst for stories and information about athletes can result in them feeling that certain elements of the media are highly intrusive in their daily lives. I discovered that athletes became most frustrated when they felt judged by those who had little knowledge of their event, such as non-expert journalists or ill-informed members of the general public.

Some athletes displayed worrying traits, such as a continual fear of being “knocked down” by the media. Consequently, they, purposefully maintained a lower media profile in order to protect themselves from the trauma. However, they conceded that a lower media profile resulted in difficulty attracting sponsors.

They worried that ducking out of social media would not only affect their income, but their ability to gain employment following retirement from the sport.

What my research concludes is that athletes can find themselves damned if they do engage in raising their media profile just as they might be damned if they don’t. Perhaps, then, the impact of media attention should be moved up the list of factors that coaches and psychologists need to think about when advising their athletes about goals and success.

» Dr Josephine Perry is a sports psychology consultant and researcher at performanceinmind.co.uk