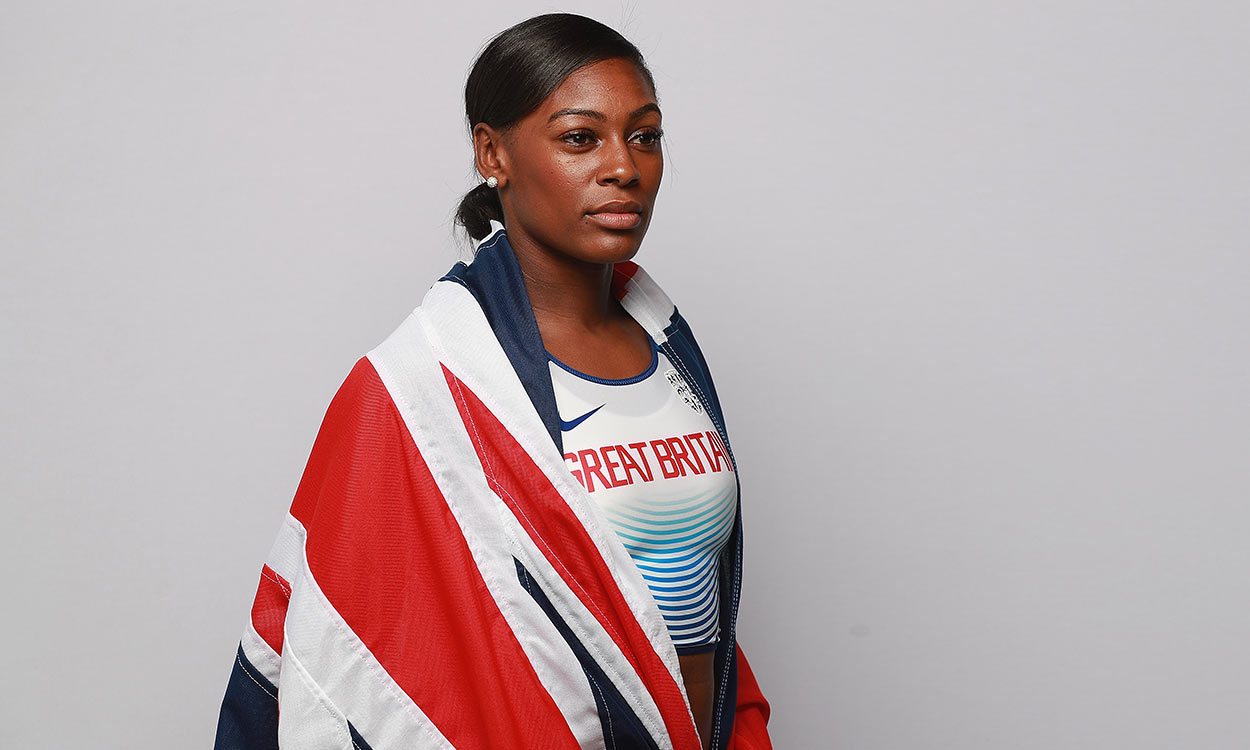 When Perri Shakes-Drayton ran the third leg in the 4x400m heats at London 2017, it was three days short of four years since her last championship run, the final of the 400m hurdles at the IAAF World Championships in Moscow. To see her back on the track – a reward for her perseverance and never-say-die attitude – pleased a lot of British athletics fans.

At the time of the injury, Shakes-Drayton was in the form of her life. She had won bronze in the 2011 European Championships and at the 2012 World Indoor Championships she had anchored the GB 4x400m team to a rare gold and victory over USA, holding off Sanya Richards-Ross on that final leg in Istanbul.

In 2013 she showed great speed on the flat as she won the European indoor 400m title and the 400m in the European Team Championships in 50.50 the same year.

She also set a PB of 53.67 at the 2013 Anniversary Games so that only Sally Gunnell, among British women, had a faster 400m hurdles time.

In Moscow she was a real medal prospect as she qualified fastest in the heats and second fastest in the semi-finals. In fact her semi-final time of 53.92 would have taken silver in the final, but she seriously injured her knee during the race and faded to seventh.

I had wondered at what point in her rehab the decision that she had to give up hurdling was taken and was shocked by the answer.

“The day it happened,” she replied. “I flew home from Moscow and saw the surgeon and the UKA doctor who was looking after me, Dr Rob Chakraverty, said: ‘no more hurdles’. I was upset but I said ‘okay I’ll put that behind me’.”

The diagnosis was damaged cartilage in the knee and a torn posterior cruciate ligament.

“I had to learn to walk again, like a child”

The next few months were quite traumatic. “To start with I had to be non-weight bearing for three months and at times I was in a wheelchair to make life easier because being on crutches was quite tiring after a while – even though it improved my upper body strength. I had to re-arrange my house and live downstairs because I couldn’t go up the stairs.”

For the next few months she did do pool sessions – aqua-jogging with a float. There was a lot of swelling in the knee and she just had to be patient waiting for the swelling to go down.

As far as rehab went, it was about trying to get movement, extension and flex in the knee. After about six months, she was able to put weight on the knee, as she remembers: “I did a lot of gym sessions, working on my other leg too so that it stayed strong while wanting the left leg to catch up with the right.”

At the 2010 European Championships in Barcelona, she had won individual and relay medals. Four years on, it was a different story. “While the 2014 European Championships was happening, I went over to the States to work with a physio,” she says. “I made great progress, it was all about balance and trusting the knee, trying to challenge the knee in different directions when it came to balancing. I had to learn to walk again, like a child.”

She continued to make progress. “I remember the day that I was able to cycle, when I knew that I was getting full motion in the knee,” she explains. “It was January 2015 before I started to run for the first time. It wasn’t smooth but it was a building block.”

She continues: “But as I was making progress something else went wrong with my knee and I had to go back for surgery. I had a plica membrane removed and got a screw in my knee. That set me back a bit.” 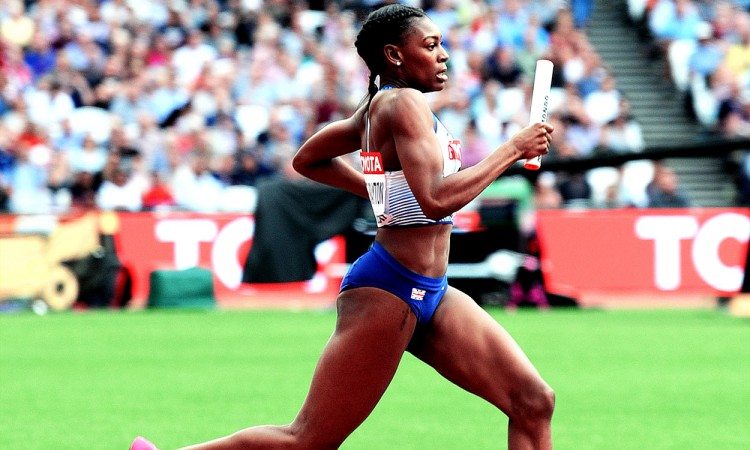 She ran four races, all in 52 seconds and bits – two seconds slower than in 2013 but that, she feels, was okay. “I knew it was a process, because when you open up the season – even when you are not injured – you tend to improve, the more races they have,” she explains. “You improve the more you do. So I thought: ‘this is okay, it’s the start. I can build from it’.”

She ran in the Olympic Trials for Rio and made the final but did not finish the race. She recalls: “I tried to make the 2016 Olympics but I picked up another injury, in my hip, and had to have surgery again. So I missed out on going to the Olympics. That was devastating.”

Then her amazing positivity took over again. “I said to myself this injury [hip] is nowhere near as bad as my knee so I can overcome it. I am going to keep going. Until my legs fall off and I am not physically capable of moving or running so I just can’t do it – then I’ll stop.”

She explains how the process worked in her mind: “If someone had told me it would take four years to get back to where I needed to be, it probably would have been a different story. I would probably have thought, ‘forget that’ but being the person I am (I was determined) and also all the time I was making progress and I was thinking I’m closer, I’m closer, even though I didn’t feel like myself.

“I was telling myself ‘this is how I am going to feel for the rest of my life’. My knee is never going to feel the same and I accepted that. So when I was able to run, I was managing my knee.

“I am going to keep going. Until my legs fall off and I am not physically capable of moving or running so I just can’t do it – then I’ll stop.”

By the time of the 2017 British Championships in early July, she had only run twice and this year proved to be a battle. “I started my season very late and even leading up to the trials, I was having issues and wondering if I could make the trials,” she says. “I even feared ‘you know what, you are done with athletics’. Sometimes when I was training I was wondering if I would be able to run.

“The fact that it has turned out like this is amazing. I was over the moon to be selected for London 2017 because I didn’t think it would ever happen again. I knew I wasn’t where I had been. I was happy to take the spot for the relay – because I had been doubting whether I would even make trials.”

In London 2017, she ran the heat of the relay where Britain finished second to the United States – as they did in the final when, ironically, without Shakes-Drayton in the team, the time was slower.

The 28-year-old says of her London 2017 experience: “I loved it, I enjoyed every minute of it, even though it went really fast. I’ve missed being on a world-class stage and it felt really good.”

Having come through that test she is optimistic about the future. “I’m looking forward to the winter. For the first time for four years I’m going into winter without having to do rehab or prehab and I can get straight into it – doing the hard graft in the cold in Mile End. But I am happy that I am.”

She has hopes for 2018 now that she has proved that she is back. “What I would hope for is to make teams, to comfortably make teams. Anything else would be a bonus. I was told that I wouldn’t be able to run indoors again but I feel confident in myself that I can.”