The performance-enhancing benefits of wearing the right sports bra 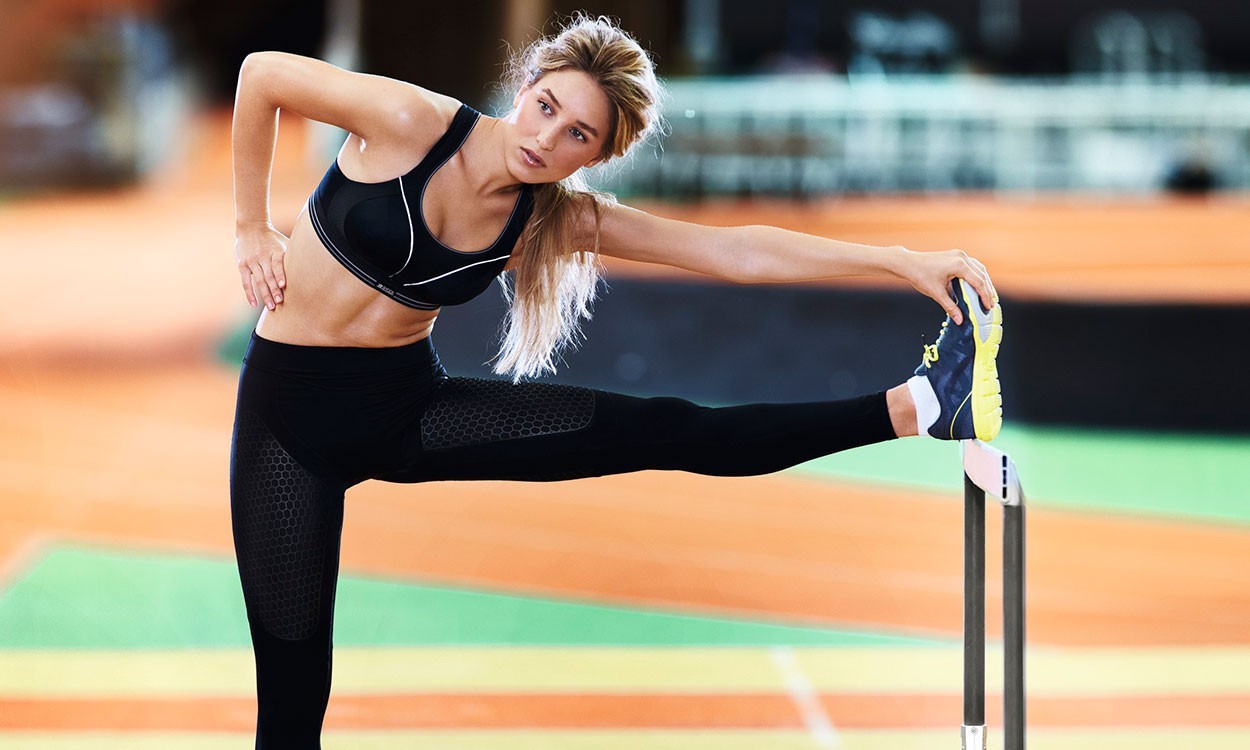 Exercise scientists now think that wearing the right sports bra can enhance the performance of female athletes. Peta Bee looks at the evidence

For years, feet have been the focus of scientific attention when it comes to athlete clothing. Decades of research into how feet respond to the pounding in a workout means many of us will buy trainers only after in-store gait analysis has determined how forcefully we land and how efficiently we stride.

Now, though, researchers have shifted their focus upwards. For the latest body parts to come under rigorous analysis are the breasts. How they jiggle and where they bounce are now of such scientific interest that entire university departments are dedicated to studying the link between fitness and the bosom.

To those who consider them simple anatomical structures, the field of “breast biomechanics” might seem an unnecessary academic development. But any woman bigger than an A-cup will tell you that the trauma of taming an unwieldy cleavage in order to complete a training session is, indeed, worthy of high-tech investigation.

With no muscle and only the fragile outer skin and connective tissues called Cooper’s Ligaments giving support, breasts are a law unto themselves when it comes to movement, swaying and bobbing independently of the torso. A series of experiments by the University of Portsmouth’s Breast Health research group, headed by Dr Joanna Scurr, chartered the trajectory of breasts using infrared cameras and found they don’t merely bounce up and down, but move through a complicated figure-of-eight pattern when a woman runs.

Unconstrained, each breast swung as much as 21cm in space during activity on a treadmill and, even when wearing a standard sports bra, Dr Scurr and her team showed there was still considerable oscillation. The more vigorous the workout, the more mobile the appendages become – so running causes more sway than walking. And since the average breast weighs 200-300g, so the level of discomfort and the potential for embarrassment rise accordingly. Reducing speed from a sprint to a jog has little effect on lessening bounce. Too much can eventually cause irreversible sag as the delicate structure is strained to its limits.

Quite how significantly this jiggle factor influences a woman’s enjoyment of running was the subject of a study carried out in conjunction with the Portsmouth lab that was published recently in the British Journal of Sports Medicine. Dr Nicola Brown, a lecturer at St Mary’s University Twickenham, surveyed 1300 runners of all shapes in the Virgin Money London Marathon to find out if their breasts affected their enjoyment or performance. Brown found that despite 90% of the women always wearing a bra when they exercised, the running experience of one third of her subjects was soured by some level of breast pain.

“We had women with bra sizes from a very small AA cup to those with a 40HH cup,” Brown says. “Unsurprisingly, the women with larger breast sizes reported the most frequent breast pain, but the interesting thing was that about one quarter of those wearing an A cup also complained their breasts were sometimes sore when they exercised.” For some, breast pain was linked to the hormonal changes of the menstrual cycle, while having a baby reduced incidence, possibly because composition of breasts alters with pregnancy and breast-feeding.

But overall exercise seemed to make the soreness worse. Around 25% of the women said they cut their runs or training sessions short or reduced the intensity because of their breast pain. “It can have a huge impact and can mean women compromise on the quality or quantity of their exercise,” Brown says.

Wearing the right bra, says Dr Brown, is likely to make a big difference. “It can reduce discomfort and soreness in about 85% of women,” she says. But finding that elusive product isn’t easy. “Things have improved a lot, but not every bra suits every person and people wear the wrong size or style which reduces support,” Brown says.

In another study, Brown asked the same marathon runners if the design of  their sports bra – the positioning of straps, width of the chest band and other factors – impacted on their breast pain. “Around 50% of subjects said it did,” she says. It supports findings from research carried out at the University of Wollongong in Australia, which found that shoulder straps slipping or cutting into flesh around the shoulder were the two most disliked features of sports bras with 23% of women indicating the straps were the first bra feature to fail.

Unsurprisingly, manufacturers are revelling in the emergence of such findings and the discovery that breasts carry such weight in the world of science. The market for the once humble and slightly greying sports bra is booming. Although they come in various incarnations, most fall into one of two categories: compression – the kind that bandage breasts to flatten them againstthe chest – and encapsulation – that cradle each one individually.

Yet when existing ranges were reviewed at the University of Wollongong a couple of years ago, scientists concluded that effective bras probably don’t yet exist. Most of those currently available limit vertical bounce, but not lateral. “There is scope for more improvement as manufacturers still don’t take into account things like individual breast shape and density in sports bras,” says Selaine Saxby, founder of the UK’s leading sports bra retailer, LessBounce.

For the last few years, the Wollongong scientists have been trialing an intelligent sports bra complete with tiny sensors in the fabric that would monitor and measure even the smallest movement in the breast to better stop the wobble.

Ultimately though, there can never be a single sports super-bra. A rule of thumb, says Saxby, is to buy three new sports bras with each new pair of trainers and to rotate them with each gym session or to replace after 30-40 washes when the fabric’s life is over. There should be no gaping, no chaffing, no Grand Canyon cleavage with a sports bra that fits well. They should keep things in place in a test-jump. And the holy grail of all women, says Saxby, should be to find the one that leaves them jiggle-free.