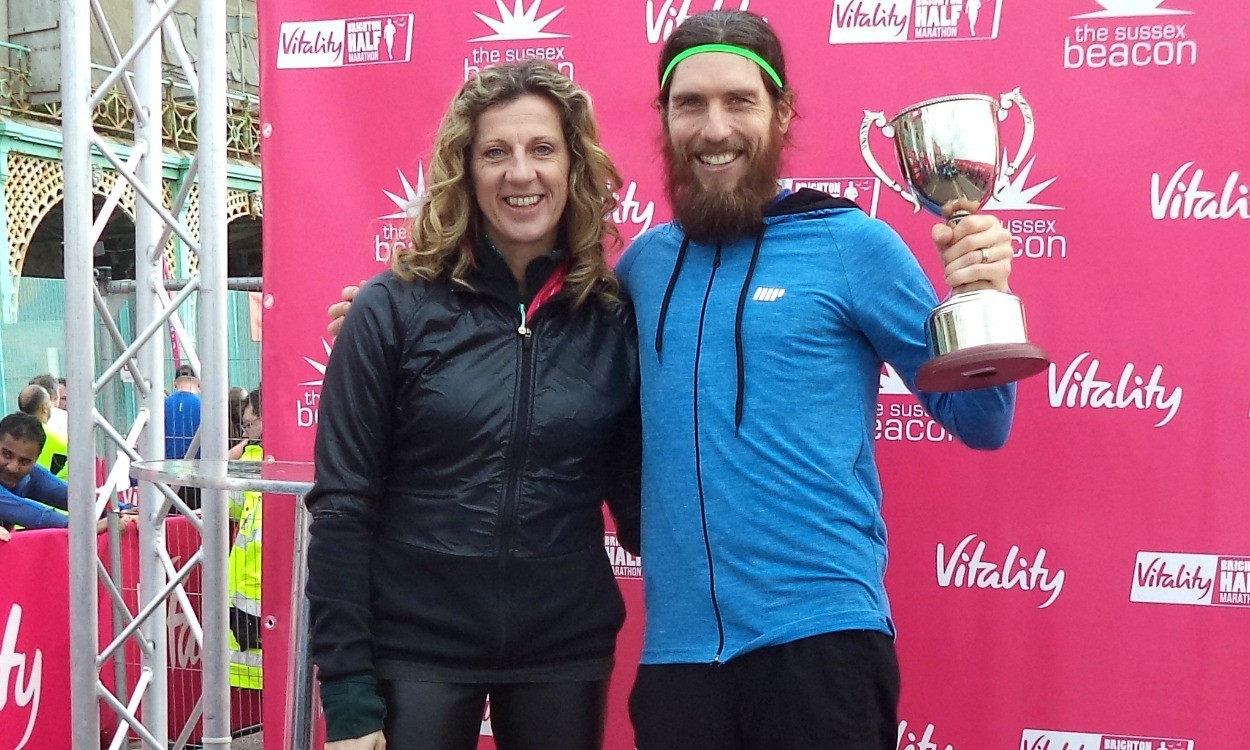 A look at some of the athletics results from the past week, including a course record by Martelletti for his fourth consecutive Brighton Half Marathon win

More in-depth coverage of the Indoor British Championships can be found here and here, while an English National Cross Country round-up is here, and Scottish and Welsh Cross Country results here.

Paul Martelletti won for the fourth year in a row in a course record 64:54.

It was his third half-marathon success of the month, having also won at Watford and Tunbridge Wells, and he was also successful in a Met league cross-country and ran a solo 14:32 parkrun.

Leigh Lattimore, in her debut over the distance, took the women’s event in 75:53.

Martin’s Duff”s reports plus photograph will appear in this week’s AW magazine.

In hot conditions Bedan Karoki of Kenya outsprinted compatriot Leonard Barsoton to win in 27:42 It was also a close women’s race with Mary Wacera leading five runners inside 32 minutes and winning in 31:49.

South of England cross-country silver medallist Chris Zablocki, who is working in Chichester after moving from the USA, ran the second fastest ever time in this event of 12:49, 10 days after competing in the US Marathon trials.

Cindy Ofili clocked 7.99 to finish as runner-up in the 60m hurdles. That time is just 0.02 off her personal best.

Nethaneel Mitchell-Blake won the men’s 200m final in 20.53 after having run 20.51 in the heats for a British under-23 best and to go equal fourth on the UK indoor all-time list.

Canadian Tim Nedow won the shot with 20.71m ahead of Poland’s Konrad Bukowiecki who again improved his European junior indoor all-time best with the senior implement to 20.61m.