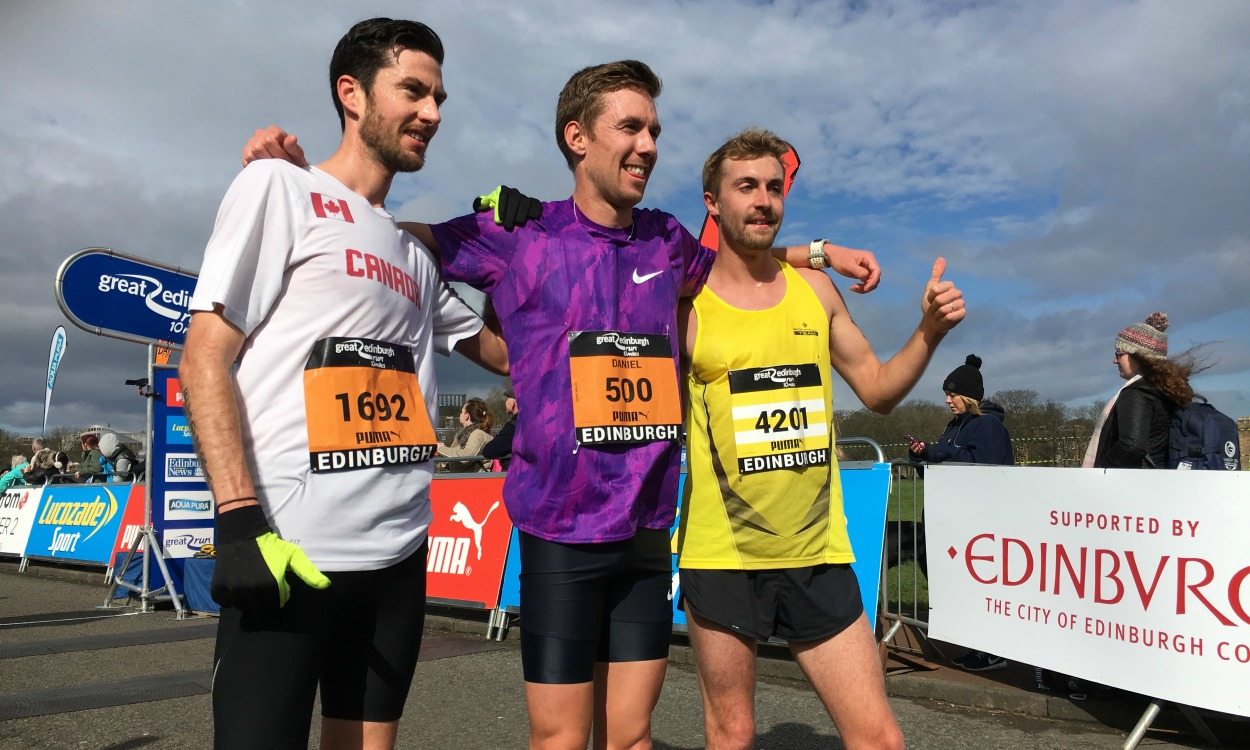 More than 5000 runners pounded the historic streets of Scotland’s capital for the Great Edinburgh Run on Sunday, taking in sights such as Holyrood Palace, Arthur’s Seat, Greyfriars Bobby and Edinburgh Castle in the only running event that goes through the centre of the city.

The first female finisher was Australia’s Hillory Davis, who clocked 66:13.  She was followed by Janet Dunbar and Catriona MacDonald in respective times of 66:46 and 68.28.

It was a first for the Great Edinburgh Run as the male and female winners are boyfriend and girlfriend, both based in Colorado.

On his victory, Wallis said: “It was a very challenging course, but a great event and I’m really pleased to have been first over the line.

“I didn’t know how hilly it was to be honest. Now I know what a hill is!

“The day was made all the sweeter with Hillory winning her event too.” 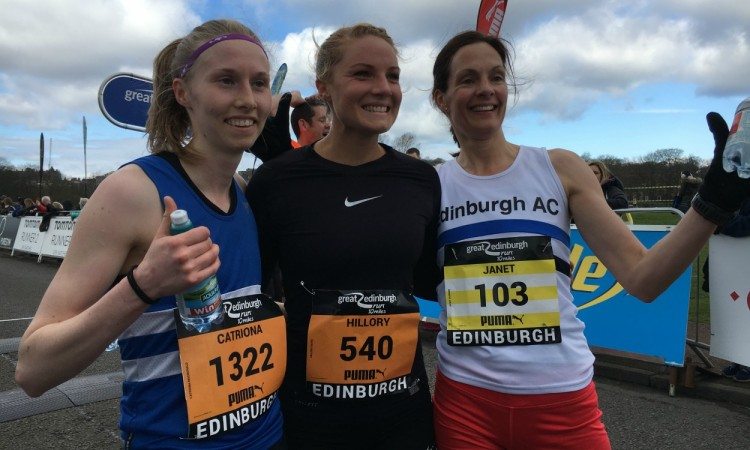 Andy Mitchelmore from event organisers The Great Run Company said: “It was another great day in the Scottish capital for the Great Edinburgh Run.

“The Toddler Dash and the Family Mile were great additions to the day and it was pleasing to see so many people out supporting the runners along the route.

“The fact this event was full to capacity a week before taking place shows that there is an appetite for high-quality running events in Scotland.

“With the Great Women’s 10K and the Great Scottish Run still to come this year, I’m confident that this promises to be a great year of running north of the border.”