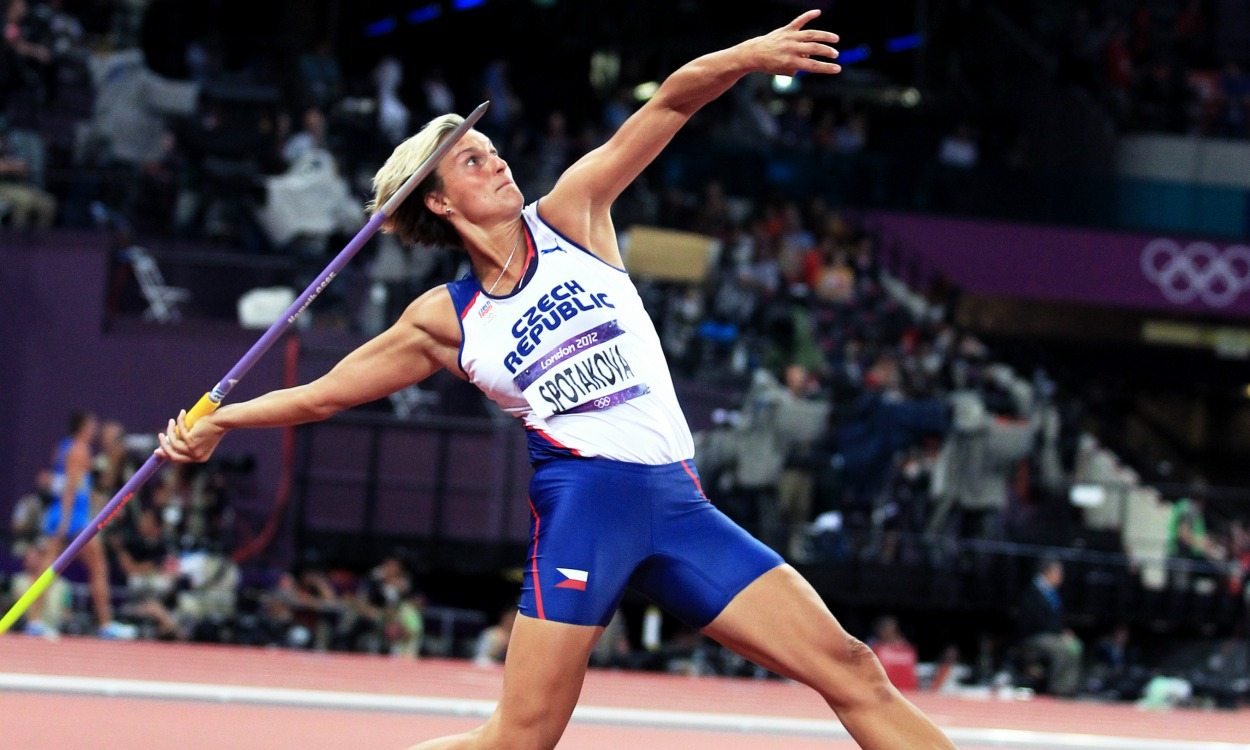 In a continuing series, Steve Smythe looks at the history of events at the Olympics, this time focusing on the women’s javelin

The javelin wasn’t included in the first Olympics to have women’s events in 1928 but made a debut in 1932. Over the years it has seen surprisingly close contests, seven of the competitions being separated by less than 70 centimetres.

Eleven athletes have won two medals but none of them added a third.

Barbora Spotakova would seem to still have a good chance of, if not becoming the first triple champion, at least taking a record third medal.

The first winner, Babe Didrikson, had become famous in the American Championships and Olympic trials, winning six events and setting world records in the hurdles, high jump and javelin and singlehandledly winning the team contest despite being the only member and beating the 22-woman contingent at the University of Illinois. She didn’t throw at her best in Los Angeles but still won gold and also won that medal in the hurdles.

Within a year she was banned from athletics because she had allowed a picture of herself to be used in a car advertisement. She then became one of the greatestever women golfers and was the first American to win the British Open.

Germany dominated 1936 with a one-two and then Austria won in 1948, though there was little improvement with just two metres between the first three winning distances.

The Czech Dana Ingrova was seventh in London in 1948 but by Helsinki in 1952 she had married Emil Zatopek and shortly after he won the 5000m, she too won gold as her first-round 50.47m was an Olympic record.

Zatopkova (Ingrova) just missed a medal in Melbourne in 1956 with a similar distance as in Helsinki as Latvian Irene Jaunzeme won easily with 53.86m to gain a Soviet gold. The Soviets also won gold in 1960 through Russian Elvira Ozolina’s 55.98m. Second went to Zatopkova, who at the age of 38 became the oldest women’s track and field medallist. The Czech had set a world record in 1958.

Ozolina had broken that record and then improved it and was still record-holder and favourite for Tokyo in 1964. However, the record went in qualification to her team-mate Yelena Gorchakova, who threw 62.40m. The final was surprisingly won by 17-year-old Mihaela Penes, who improved by five metres to win with 60.54m. Gorchakova was only third and upset with fifth, Ozolina went straight to a hairdresser and got her head shaved.

Gorchakova’s distance lasted as a world record until 1972 when it was broken twice in a day, the second time being the first over 65m, by Ruth Fuchs. The German also improved the Olympic record to 63.88m to win gold in Munich and then defended with 65.94m in Montreal in 1976.

The German dominated the sport until July 1980, when she lost her world record and she was only eighth in Moscow that year as Maria Colon’s 68.40m broke her Olympic record. The Cuban became the first non-white athlete – male or female – to win a throws event.

Germany also won in 1988 through the first 80m thrower, Petra Felke, and also in 1992 with Silke Renk. The next two Olympic titles went to Nordic countries. Heli Rantanen became the seventh Finnish javelin champion in 1996 but the first woman winner from her country. Norway’s Trine Hattestad, now using the redesigned implement with records started afresh, won gold in Sydney in 2000 in her fifth Olympics.

In 2004 Cuba’s Osleidys Menendez took the title with 71.54m missing her world record by a centimetre.

Barbora Spotakova was a surprise world champion in 2007 but in good form for Beijing a year later. She opened with 69.22m, but that was still only good enough for second at the end of the first round as Russian Mariya Abakumova led with 69.32m. In the fourth round Abakumova improved to a Russian record 70.78m and that remained the lead until the final round.

World record-holder Menendez finished sixth. The Cuban lost her world mark a few weeks later when Spotakova threw the current record of 72.28m in Stuttgart. The Czech athlete defended her Olympic title in London as Obergfoll was second.

All three British women’s throwing medals have come in the javelin. The first Briton to make a mark was Sue Platt in Rome. She threw 51.01m, which had only previously been beaten in Olympic competition by the winning mark in 1956.

The next Briton with medal aspirations was Tessa Sanderson. She came close to the world record prior to the 1980 Olympics with 69.70m but could only throw 48.76m in qualifying in Moscow and was eliminated.

In 1984, she had lost three times to her fellow Briton Fatima Whitbread but opened the Los Angeles competition in style with an Olympic record 69.56m and remains Britain’s only throws winner in the Games. World champion Tiina Lillak, who had snatched gold from Whitbread with her final throw the previous year, came close with a 69.00m second throw but, suffering from a fractured foot, had to pass her final four throws.

Petra Felke, who had been second in 1987, was a different proposition the following year and broke the world record with 80.00m just prior to winning gold in Seoul with 74.68m.

Whitbread, who had had problems with her shoulder, foot, back, hamstring, and glandular fever and also been in a car crash, did well to finish second with 70.32m, which would have won gold in any previous Olympic Games.

» For the full Olympic history: Women’s javelin feature, including a complete list of medallists and further facts and stats, see the October 15, 2015, edition of AW magazine