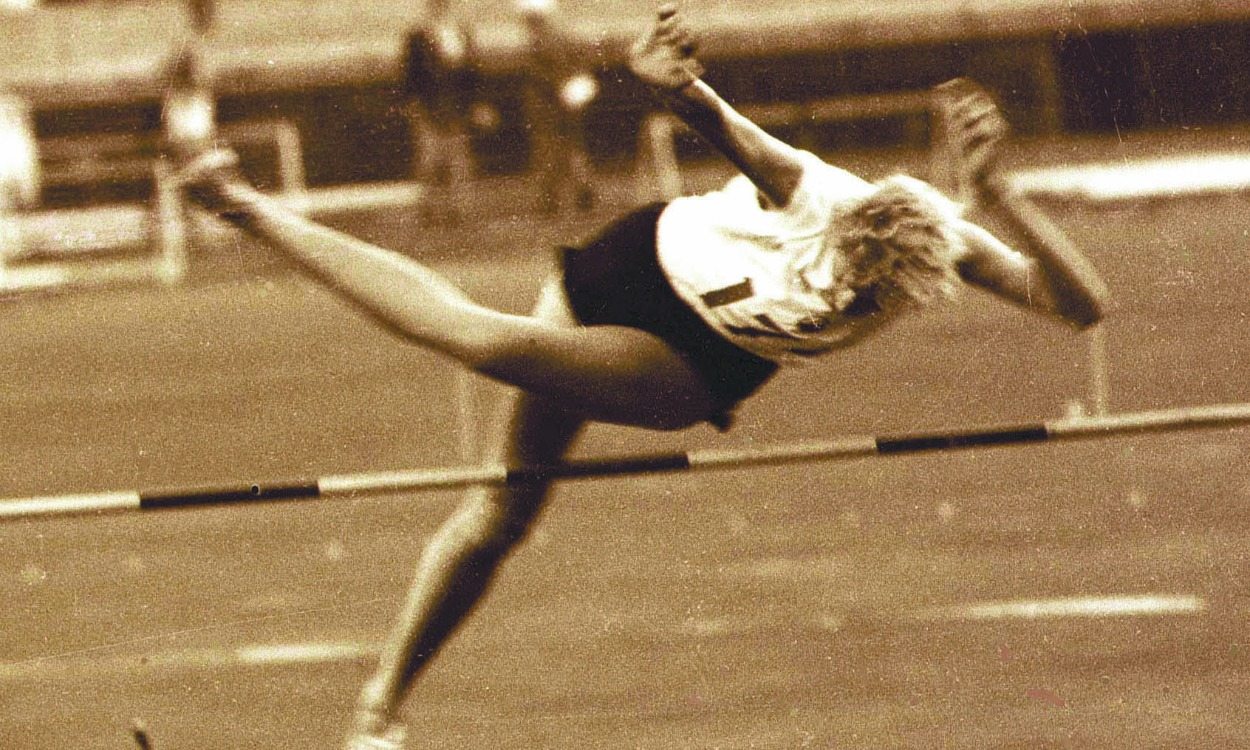 In a continuing series, Steve Smythe looks back at the women’s high jump at the Olympics

With Russian athletes absent, double world champion Blanca Vlasic may start as the favourite after returning to form to finish second in the Beijing World Championships in what was a poor-standard event in 2015.

The first Olympic women’s high jump champion was crowned in Amsterdam in 1928. The winner was American-born Ethel Catherwood, who won gold for Canada by defeating world record-holder Carolina Gisolf of Holland with 1.59m.

Gisolf improved her record to 1.62m before the next games in Los Angeles but lost her record during the 1932 competition and could only finish fourth.

After Jean Shiley and Babe Didrikson tied, in a jump-off they both cleared a world record 1.66m but then the judges declared that Didrikson’s western-roll style was illegal and awarded the gold to Shiley, although Didrikson was allowed to keep a share of the record.

In 1936 in Berlin, their joint record survived as gold went to Hungarian Ibolya Csak, who after clearing 1.60m, cleared 1.62m in a jump-off. She was fortunate to win the title, though, as she wouldn’t have won gold under current rules (see ‘British successes’ below). Germany’s trial winner at 1.64m Gretel Bergmann, who was a Jew, controversially wasn’t selected for political reasons. Another German athlete who was selected, ‘Dora’ Ratjen, finished fourth, but it was later revealed ‘she’ was really called Herman and was ordered to compete as a woman by the Nazi Youth Movement.

Fanny Blankers-Koen finished sixth and 12 years later in London she was world record-holder at 1.71m. She couldn’t compete in this or another of her world record events, the long jump, but she still won four gold medals in other events.

In London, it was American Alice Coachman who took the gold medal on countback with an Olympic record 1.68m.

In Helsinki in 1952, Britain won their third successive silver, but the gold went to South African Esther Brand with 1.67m.

In 1956 in Melbourne, Romanian Iolanda Balas lost her world record of 1.75m record as American Mildred McDaniel won easily with 1.76m. Balas (pictured) could only finish fifth in Australia but thereafter she dominated her event at an unprecedented level. Over the next 10 years, she won 140 consecutive competitions, set 14 world records and she won in Rome in 1960 with 1.85m and then 1.90 in Tokyo in 1964. The Romanian won in Italy by a staggering 14cm and then by 10cm in Japan.

Her 1961 record of 1.91m lasted as a world record until 1971. Gold in Mexico went to Czech teenager Miloslava Rezkova, who snatched the title with a final attempt at 1.82m.

The winner in Munich in 1972 was even more youthful as 16-year-old German schoolgirl Ulrike Meyfarth won with a world record-equalling 1.92m. She remains the youngest Olympic winner of an individual track and field event.

In seventh was Rosemarie Ackermann and she returned in Montreal in 1976 as world record-holder and won a long contest that saw 13 athletes still battling for medals three hours after the start. Ackermann produced an Olympic record 1.93m and a year later she became the first athlete to jump two metres.

The runner-up in Canada, Sara Simeoni, beat Ackermann to win the European title in 1978 and then upped the record to 2.01m. In Moscow in 1980 the Italian won gold with an Olympic record 1.97m, with Ackermann fourth.

Simeoni returned in 1984 in Los Angeles but, although clearing 2.00m, had to settle for second as Meyfarth sensationally regained the record 12 years after her first. The youngest Olympic gold medallist thus became the oldest high jump winner at the Games.

The big favourite in Seoul in 1988 was Stefka Kostadinova, who won the world title with a still-standing world record 2.09m and dominated her event, owning 11 of the 12 best jumps in history.

However, she surprisingly lost out to Louise Ritter, who had been eighth in Los Angeles, and the American upped the Olympic record to 2.03m as the Bulgarian could go no higher than 2.01m.

In Barcelona in 1992 the Bulgarian finished fourth as the title went to German Heike Henkel.

Kostadinova wasn’t finished, though, and won the 1995 world title and then Atlanta in 1996 with an Olympic record 2.05m.

Ten years after leading the world rankings, Yelena Yelesina competed in her first Olympics in Sydney in 2000 and won with 2.01m, which was the lowest winning mark for 20 years.

Another Yelena won in Athens in 2004 but this time it was world indoor champion Slesarenko. She increased the Olympic record to a PB 2.06m as South African Hestrie Cloete won her second successive silver.

The 2008 event is covered below. Beijing bronze medallist Anna Chicherova jumped 2.05m to win the title in London in 2012.

Britain had a sensational period in the women’s high jump as they won five successive silvers between 1936 and 1960. In 1936 16-year-old Dorothy Odam lost in a jump-off but would have won the gold under current rules. Twelve years later and, as Dorothy Tyler, the Briton lost gold in London on countback.

In Helsinki in 1952, Sheila Lerwill was the world record-holder but couldn’t match her 1.72m leap and a 1.65m gave her second. Thelma Hopkins finished fourth and then in Melbourne tied for second with 1.67m, though she was a long way down on winning.

That was also the case in 1956 with Dorothy Shirley jumping 1.71m for a share of the silver but a record 14cm behind the winner Balas.

No Britons have won medals since, although Barbara Inkpen finished fourth in 1972 and Diana Davies was eighth in 1990.

In 2008 in Beijing, the surprise European champion Tia Hellebaut (left), added an Olympic crown in a thrilling contest when looking like she was never in the hunt for the title.

The world indoor heptathlon champion had a poor previous global high jump record. She had been 12th in 2004 and 6th and 14th in her two World Championships in 2005 and 2007. Hellebaut had single failures at 1.99m, 2.01m and 2.03m, while the favourite Blanka Vlasic went clear at those heights at her first attempt and looked to be heading for gold.

However, the Belgian cleared 2.05m at her first attempt and took gold as the Croatian needed two tries.

» For the full Olympic history: Women’s high jump feature, including a complete list of medallists and further facts and stats, see the December 10, 2015, edition of AW magazine