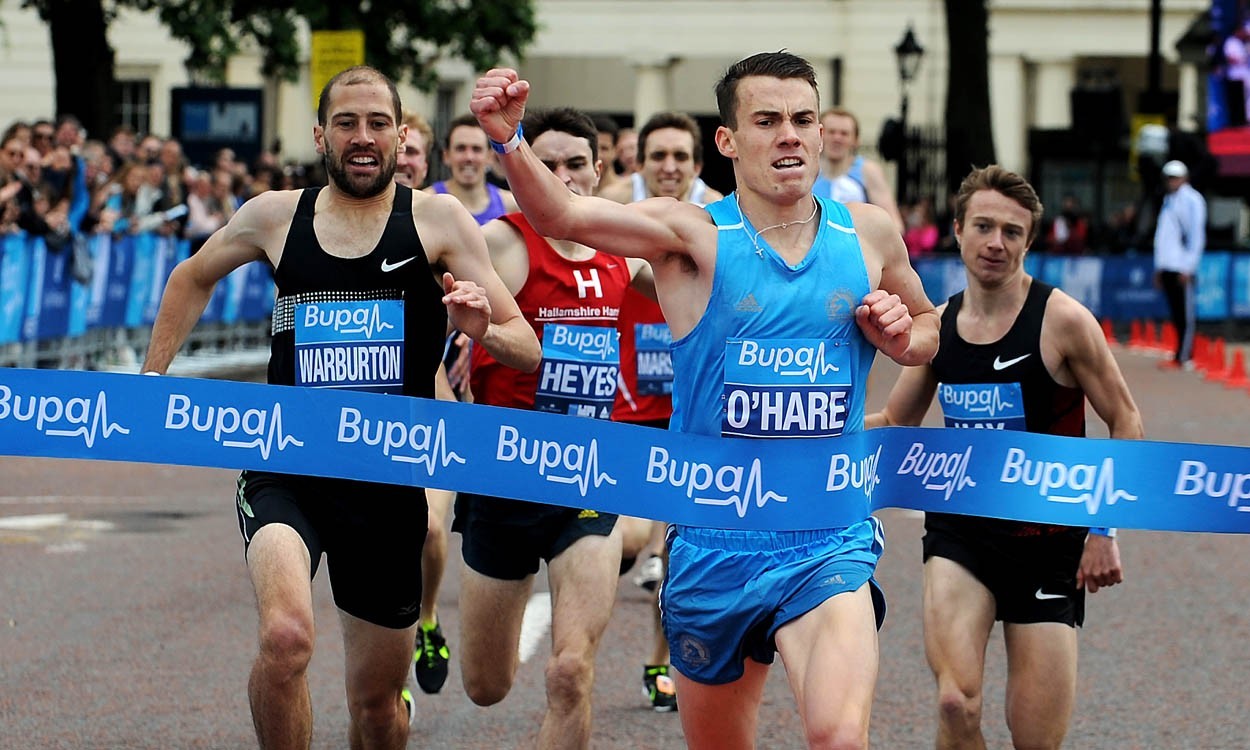 Watched by Roger Bannister and Mo Farah, over 5000 runners took part in a series of mile races starting at The Mall and finishing outside Buckingham Palace on Saturday.

The conditions were often testing with torrential rain and lightning marring some of the earlier and latter events.

The centrepiece of the six hours of racing was the British One-Mile Road Championships.

Moscow world finalist Chris O’Hare controlled the last 400m to win a tactical men’s race in 4:06, a stride ahead of Chris Warburton. Jonathan Hay went up on the podium though the official post race results had Andrew Heyes in that position, sharing Warburton’s and Hay’s 4:07 time.

“I wasn’t too confident as it’s only my second road mile. I ran one in Boston recently so it’s nice to get a win on home soil,” said O’Hare, who took eight seconds off his Boston time in the British capital.

Alison Leonard is primarily known as a 800m runner but she followed up her wins last week in the BMC Watford 800m and Loughborough 1500m with a strong finish to win the women’s race in 4:35, a road personal best. Over-40 competitor Helen Clitheroe finished strongly herself and was a clear second, sharing the winner’s time. Charlene Thomas, who was always to the fore, was third in 4:37.

Earlier on and six-time Paralympic gold medallist David Weir had made a solo attempt at a sub-three-minute mile but the tight corners prevented him from breaking the barrier, though he did set a world best of 3:07.

“It was wonderful to see him get so close,” said Bannister, the Westminster Mile events coming in the year which marks 60 years since he ran the first ever sub-four-minute mile. “I think he’ll do it next year.”

» See next week’s AW, out May 29, for a more in-depth report along with pictures and results from the Bupa Westminster Mile races. All results mentioned above are provisional until ratified by the race referee.