No 200m Paralympic glory for Guilhermina in Rio 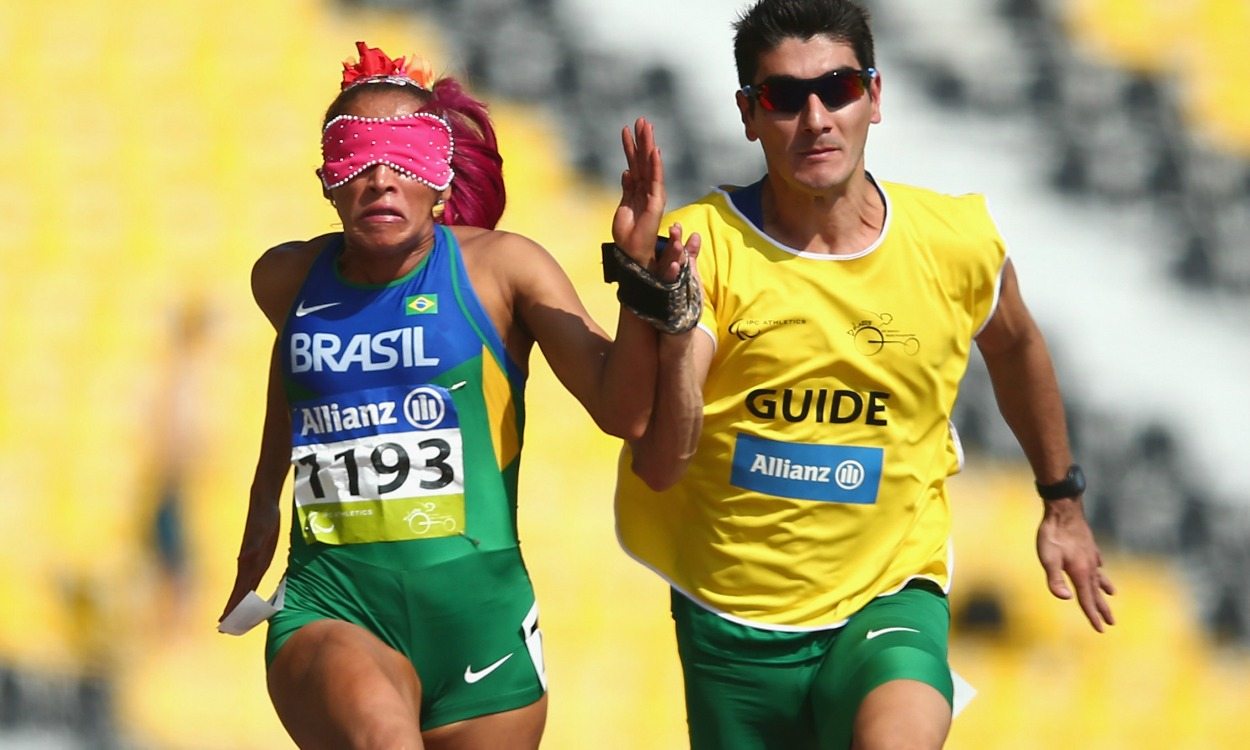 It was not the way it was supposed to happen. It was one of the saddest moments of Rio 2016. When the screen showed that the T11 200m athlete in lane three had an illegal reaction time and the official held up the red card, it was not just any athlete who was disqualified.

It was Terezinha Guilhermina, the poster girl for the Rio Paralympics. Her image is everywhere in Rio. She features on the promo video, which is shown endlessly. But more than that she is the darling of the Brazilian crowd.

Guilhermina is a legend of para-athletics, with seven world gold medals and three Paralympic golds to her name. But what would adding to that number in her home country have meant to her?

I first met Guilhermina in a mixed zone in Glasgow at an indoor event, when she had flown from Brazil to Scotland to run for just seven seconds. I interviewed her at the 2013 IPC World Championships in France and spoke to her again at the 2015 Worlds. She is always engaging.

She described herself as having “something like 5% of vision” and is one of 12 children, five of whom were born with visual impairment.

She took up running at 22 and the 2012 Paralympic Games, where she won double gold, was a great experience for her.

“London was the most special competition of my life,” the now 37-year-old had told me. “I prepared myself really well physically, psychologically and spiritually for it. It was a present of God for me, that competition, the Games in London, in all aspects.”

I have quoted this so many times before but it always blows me away. I asked her if, as a Christian, she ever felt mad at God that she was blind. She replied: “No, I don’t believe that God made a mistake when He made me blind. He simply gave the eyes to someone that was besides me, so that when I needed them I could borrow it.”  Running with a guide, she literally does that.

Tonight when Guilhermina, who was also disqualified from the 100m final, understood the decision of the starter, she waved to the crowd and walked off the track, like the true champion and classy lady she is. I know rules are rules but I was still sad.