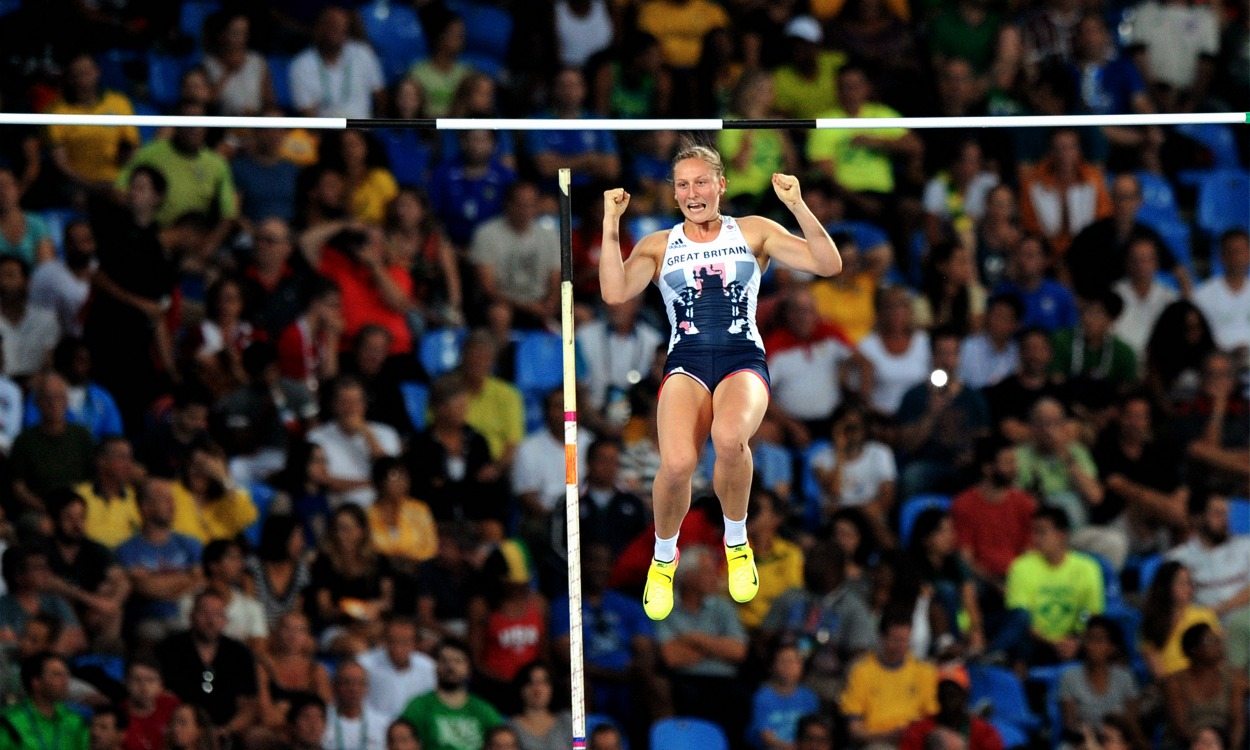 The British pole vault record-holder wants to be able to reflect on an injury-free 2017, having struggled to overcome a back problem over the past four years

Holly Bradshaw and coach Scott Simpson, due to differences in off-season schedules, haven’t had the chance to run the rule over a 2016 season which saw her produce the best major championship of her career.

When reflection time comes, Bradshaw and her coach will know that it’s been a positive year. But if in 12 months’ time their feelings are the same, then she knows there’s been a problem.

Chronic back problems punctuated the British pole vault record-holder’s last Olympic cycle, meaning that for only the past two years has Bradshaw been able to perform outdoors, where she ended her seasons with seventh and fifth-placed finishes at the World Championships in Beijing and the Olympics, respectively.

The immediate disappointment in Rio, after a season’s best of 4.70m – only the second time outdoors Bradshaw has cleared that height since 2012 – briefly put her third, only to fall short of the podium with three failures 10 centimetres higher, quickly subsided given where Bradshaw had come from, but the Cardiff-based vaulter wants it to be the last time such a performance is looked back on with satisfaction.

Bradshaw said: “[Me and my coach] went into there not knowing what to expect or how I could do but then when I started jumping and cleared [4 metres] 50, 60 and then 70 I knew in my heart that I could clear 80. When I didn’t it was a bit of a shock.

“I was so gutted to come so close to winning a medal and then just to miss out. That was the reason for me being so gutted, but then once I’d got over that and realised what I’d achieved I was really happy.”

She added: “I do not want to be sat in that position next year, come fifth at the World Champs yet again and say ‘it was another good year, considering.’ I just want to have a year where I’m healthy and give the World Champs a good crack.

“I’m now at the point in my career where if I’m fit I can and should win medals. Coming fifth or seventh isn’t good enough for me. It’s good off what I’ve had to deal with in the year but that doesn’t count for anything.”

Although discussions with Simpson are yet to take place, Bradshaw knows the plan will involve a full indoor season; an approach which typically produces results for Bradshaw, with a European indoor title and her 4.87m personal best to show for it in previous years.

There still remains a 16-centimetre gap between the 24-year-old’s best indoor and outdoor marks, which she knows she will need to reduce to take the steps forwards she believes are well within her capability.

“My PB for the outdoors is still 4.71m, which I did quite a few years ago and it’s still quite low. I’m definitely worth an 80, 90 outdoors. We want to focus outdoors but use the indoors as a building block,” Bradshaw said.

“I know if I’m injury-free and can get in good shape then I can jump 80 or 90, which is good enough to win medals.”

» Holly Bradshaw is supported by the Sky Academy Sports Scholarship scheme, helping young athletes fulfil their potential on the international stage and achieve their goals: skysports.com/scholarship