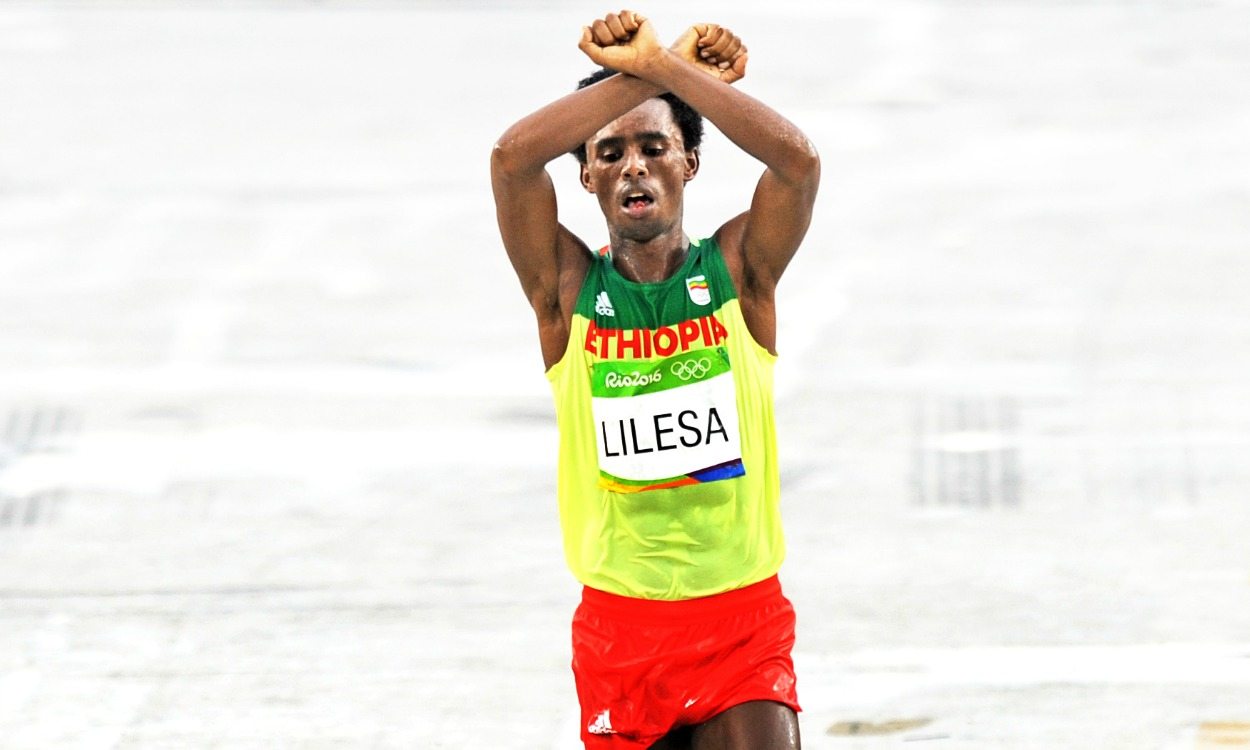 Olympic marathon silver medallist Feyisa Lilesa has not returned to Ethiopia with the rest of the nation’s Olympics team, news agency Agence France-Presse has reported.

This comes after Lilesa used his second-place finish in Sunday’s Olympic marathon to make a brave stand against violence in his home country.

As the 26-year-old ran over the finish line, he crossed his arms above his head and later explained that the gesture was a symbol of solidarity with his Oromo people in Ethiopia.

It has been reported that several hundred Oromo people have been killed during anti-government protests this month with many others arrested by Ethiopian officials.

Lilesa, who has a wife and children in Ethiopia, said that by speaking out he could not return to Ethiopia because his life would be under threat.

“If I go back to Ethiopia, maybe they kill me,” Lilesa said after the race. “If not kill me, they will put me in prison. If they do not put me in prison, they block me at airport. After that I don’t move anywhere.”

According to an Agence France-Presse (AFP) story on the Guardian website, an AFP journalist at the airport in Addis Ababa said Lilesa had not been on board the plane carrying Ethiopia’s Olympics team which landed on Monday night.

A crowdfunding campaign was launched on Sunday and as of Wednesday morning almost $120,000 had been raised to support Lilesa.