No Alf measures for Scopes 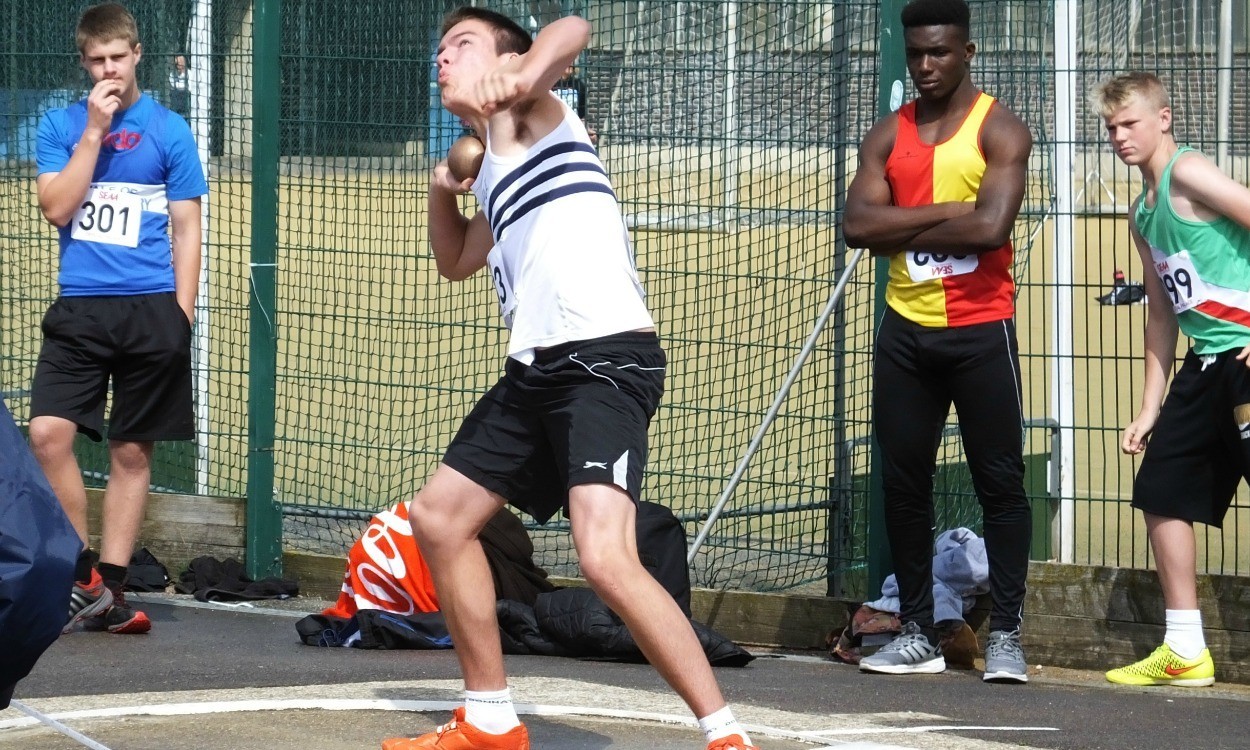 Alfie Scopes is looking forward to continuing his dominance in the under-17 age group next year, writes Steve Roe

With his first throw of the discus at the English Schools Championships this year Alfie Scopes gave a demonstration of just what he could achieve.

It was actually a standing throw – “just to get one in,” he explains – and would in fact have been good enough for a silver medal had Alfie stopped then. As it was, he threw in a more conventional manner in subsequent rounds and in due course won easily at the Alexander Stadium in Birmingham.

Alfie also collected Kent, Southern and England titles in 2014 and not surprisingly finished top of the UK rankings. That was thanks to his 52.24m, a discus record in a Kent Young Athletes’ League match and good enough for fourth on the all-time list in his age-group.

Quite clearly then, the Tunbridge Wells-born youngster is an outstanding athlete, of whom it would be fair to say he has many things in his favour. One is being a member of Tonbridge AC, who are well known for distance running but also nurture high-class throwers; James Whiteaker – a nominee for AW’s young athlete of the year award by dint of his javelin performances – is there too. The two boys are even in the same form at the Judd School – a school which has always fervently encouraged gifted sportsmen.

Then there is Alfie’s coach and here the 14-year-old will brook no argument in his assessment of John Hillier. “The best [discus coach] in the country,” he says.

Before he teamed up with Hillier, Alfie took advice from Peter Ebbage and now recalls: “He was among those who felt because I was tall it would be a good idea to start throwing.”

Mr Ebbage, a PE teacher, was right. Alfie was a giant already and currently stands at 6ft 5in. “It’s good that I can use my genetics to be successful,” he says.

Much of his early success, remembers Alfie, came in school competitions, but in 2013 he won his first England title and was reaping the benefits of John Hillier’s training. “Yes, I put my improvement down to John,” he says. “For example, I did four sessions with him and went from 43 something to 47.55m in a short space of time.”

Alfie then explains that he trains at Tonbridge during the week on conditioning and sprint work. “John believes you can work on strength yourself, as I do,” he explains. “It is on Sundays that I team up with him, generally at Sutcliffe Park in Eltham.”

Hillier naturally hopes his athlete’s achievements from this year can be repeated in 2015. Alfie will then move up to under-17 and be throwing the heavier (1.5kg) discus.

“That’s one issue for me.” he reflects. “There is also the mental side of things. I believe the problem will be dealing with my own pressure if and when things go wrong and when the opposition is tougher.

“I have been quite lucky this year to be quite so far ahead of my opponents. I know this won’t be the case next year.”

Whatever happens discus-wise, Alfie will continue shot putting. Sixth ranked in this in the UK, as well as Kent champion and England bronze medallist, he says: “If I can be as successful as I am with discus I’ll be happy.”

The same goes for Alfie’s rugby career. A county representative, he is now with the Kent Saracens development squad. “I have to devote some time to it,” he explains, “but things work quite well because just as you are expected to be big and strong in discus, it’s the same for my position (second row) in rugby.”

You can find further performance stats on Alfie on Power of 10 here.