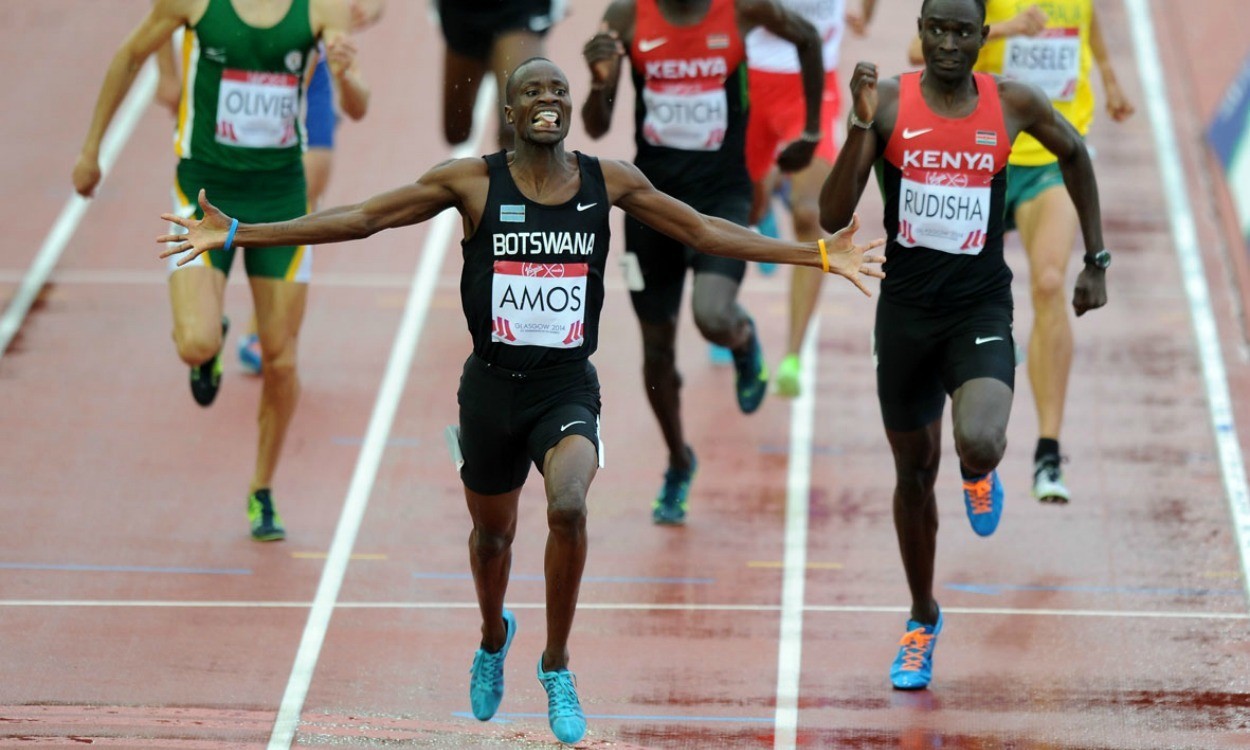 Two contrasting characters, Nijel Amos and David Rudisha have the potential to push each inside 100 seconds for 800m

Despite their fierce rivalry on the track, David Rudisha and Nijel Amos are good friends off it. It’s said that opposites attract and the superstars of the 800m scene could hardly be more different.

While Rudisha is calm and softly spoken, Amos is restless – almost hyperactive – and words fire out of his mouth like bullets from a machine gun.

In terms of running style, it’s a case of beauty and the beast, with Rudisha’s smooth stride in contrast to Amos’s ragged action. If the two men were boxers, Rudisha would probably fight by Queensbury Rules, flicking jabs out with orthodox precision, whereas the brawling Amos would likely bring the instincts of a streetfighter to the ring.

That’s the impression their 800m racing gives at any rate. Rudisha is all grace and guile against Amos’s rough and ready approach. It is the master versus the apprentice. Adidas v Nike. They are Africa’s modern-day answer to Seb Coe and Steve Ovett.

The rivalry began in earnest at the London Olympics when, in the greatest 800m race in history, Rudisha smashed the world record with 1:40.91 and Amos finished second in 1:41.73 – equalling Seb Coe’s former and long-standing world record from 1981 despite being aged only 18.

Then, on Thursday night in Glasgow, Amos destroyed Rudisha in the Commonwealth Games final after getting badly boxed as the runners entered the finishing straight. Finding himself stuck behind Rudisha and Kenyan team-mate Ferguson Rotich before checking back and pulling out wide to come storming past the world record-holder in the final 50 metres to win in 1:45.18 after a modest 52.71 first lap.

Rudisha is not at his best after missing 2013 due to injury and starting his build-up to this summer season cautiously in March instead of last November as he usually does. So when the Kenyan returns to his brilliant best, some mouth-watering clashes are in prospect.

“I’m happy to have achieved this here (in Glasgow) although I would have wished to have won a gold medal,” said Rudisha. “Let me not forget this has been a tough season for me because I really didn’t have enough time to do my preparation. I started very late. So given that, I’m satisfied.”

The 24-year-old added: “I found it difficult in the last 100m because I’ve have had a crash programme to get ready for this season, I guess. But I hope to be back to my best for the World Championships next year and Olympics in 2016.”

Still only 20, Amos is a fascinating character and he intrigued and entertained reporters in the bowels of Hampden Park on Thursday. His slim shoulders draped in a Botswana flag, he had a strip of kinesio tape in matching blue down the back of his right calf, small diamond studs in his ears and a mischievous grin on his face.

A keen DJ in his spare time, it was rumoured last year that he’d given up athletics to pursue his musical passions, but this proved nonsense and he has returned to the track in style this year. “I knew if I changed my style to high knees and then stride out then I’d catch him easy,” said Amos confidently when explaining a home straight surge which culminated in him splaying out his arms – and sticking out his tongue – in celebration.

Although he was far from cocky when asked if he’s now “the man” over two laps. “The man? No, I’ll think I’m the man after I break the world record five times!” he laughed.

He added: “It was a special race but a slow time. Every time I run with Rudisha I grow up a little. He told me after the race that I had just grown up a little more, too.”

Whetting our appetite for future clashes, Rudisha added: “These young guys who are coming up are tough guys who have been showing signs of good running technique and winning races. I’m happy for them because they give me a challenge and keep me awake.”

For now, Rudisha plans to head back to Kenya to see his family. But he will return for the latter part of the track season and is scheduled to race over 600m at the Diamond League in Birmingham on August 24 – the world record is Johnny Gray’s 1:12.81 incidentally – and then Zurich four days later, possibly to race Amos again.

Such rivalry could push the world record close to the 1:40.00 – or 100 seconds – barrier. Who might get there first, though – beauty or the beast?