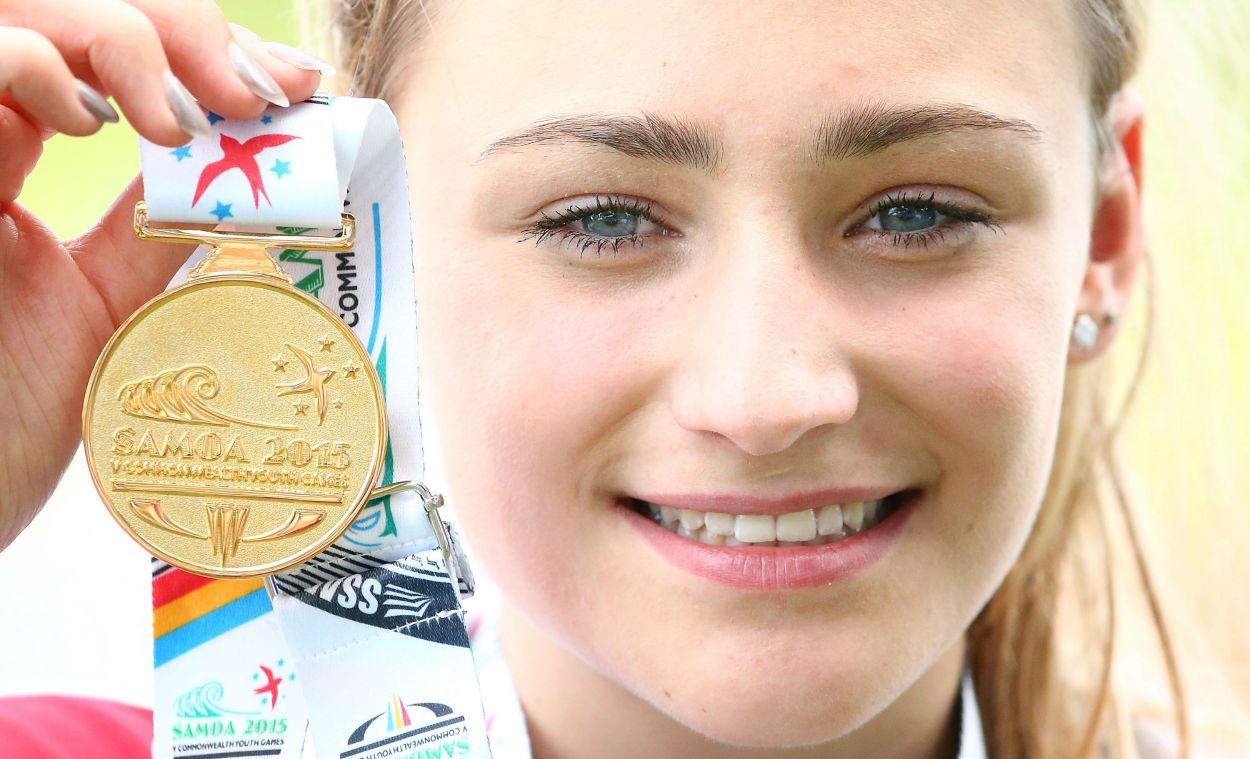 The 16-year-old cleared 1.80m to take the high jump title ahead of her team-mate Ada’ora Chigbo with a 1.77m clearance, while bronze went to Australia’s Paige Wilson with 1.74m.

“I have high expectations of myself anyway, so to win was fantastic,” said Emerson. “I was really happy as I came in on a higher starting height than usual. I was shaking, but it was so fun and a really good experience.”

Emerson followed that up by claiming bronze over the barriers, clocking 61.99 behind Jamaica’s Junelle Bromfield with 60.78 and Sri Lanka’s Yamani Dulanjalee with 61.70. Bromfield added the title to her gold over the 400m flat.

In the javelin, George Davies won silver behind India’s Mohd Hadeesh, while his England team-mate Sophie Merritt pipped team-mate Divine Oladipo to bronze in the discus, with Australia claiming both gold and silver in the event through Kristina Moore and Bianca Hansen. Merritt also won shot put silver.

Every member of Scotland’s athletics team will leave Samoa with a medal after Ben Greenwood and Carys McAulay claimed bronze and silver respectively in the 800m on the last day of track and field competition and Alisha Rees secured her second medal of the Games, adding 200m silver claimed behind Nigeria’s Idamadudu Praise Oghenefejiro to her 100m bronze.

Greenwood’s medal-winning time of 1:50.42 bettered his own Scottish under-17 record. “I didn’t expect to get a medal here but I was feeling the pressure a bit, thinking this morning that everyone in athletics has got medals so far,” he said. “It’s a bit unbelievable to get a medal.”

World youth champion, Willy Tarbei of Kenya, won 800m gold as he clocked 1:46.05 to beat his team-mate Kipyegon Bett, who won silver in Cali, with 1:46.15. The women’s event was won by Australia’s Amy Harding-Delooze to complete an 800m/1500m double.

Northern Ireland’s Ben Fisher is another double medallist and added 110m hurdles bronze to his long jump medal of the same colour.

Also on the last day of athletics action, England’s Toby Harries secured 200m silver behind South Africa’s Tlotliso Leotlela, who had earlier at the Games equalled the second-fastest ever time by a youth athlete over 100m. Scotland’s Cameron Tindle finished fourth in the 200m after claiming silver in the shorter event.

There was also a distance running medal for England in the men’s 3000m where the two English athletes went up against the strong Kenyan duo of Davis Kiplangat and Richard Kimunyan. Kiplangat was victorious as the top two both went sub-eight minutes 7:59.56 to 7:59.78, while Alex Yee was next over the line in 8:18.12 for bronze and Will Richardson took fourth in 8:26.28.