Elite distance running in Scotland is on an upward trajectory and the future of the sport north of the border continues to look bright as a major new spring marathon has been announced for Stirling in 2017.

Stirling, in the heart of Scotland, will be the location for the debut event in the newly-formed Great Run British Marathon Series. Organised by The Great Run Company, the Stirling Scottish Marathon features alongside the recently-launched Birmingham International Marathon, which will take place in October 2017, with a third marathon in the series set to be unveiled in the near future.

The Scotland event, supported by Scottish Athletics and Stirling Council, will take place on May 21, 2017. Starting west of the city at Blair Drummond Safari Park, the route will wind through the stunning Stirlingshire countryside and pass historic landmarks including Doune Castle, the National Wallace Monument and Bridge of Allan before finishing beneath the imposing ramparts of Stirling Castle.

Starting out with an undulating first five miles, the remainder of the course is set to be fast and suitable for all abilities from elite runners through to first-time joggers.

“This is an opportunity to be part of something big – the first marathon in our Great Run British Marathon Series,” said Mark Hollinshead, chief executive of The Great Run Company. “Our runners have had to look elsewhere for their marathon challenge, but now they will have the chance to take on a new experience with the full support of The Great Run Company with our track record in delivering world-class events.”

The Stirling Scottish Marathon will look to build on the recent resurgence of Scottish marathon running, with the top three Britons in last month’s London Marathon all hailing from Scotland. Brothers Callum and Derek Hawkins will be joined by Tsegai Tewelde when they represent Great Britain over 26.2 miles at the Olympic Games in Rio this summer, while athletes including Eilish McColgan, Beth Potter and Andrew Butchart – who broke the 36-year-old Scottish 5000m record in Hengelo last weekend – continue to impress on the track.

“͞Participants will have the opportunity to run through history on this stunning course and the marathon will provide an opportunity to contribute to the overall quality of marathon running in Britain,” added Hollinshead. “With a long tradition of marathon running, with legendary names like Allister Hutton, Liz McColgan and Jim Alder from the past, Scotland has again led the way in recent months and it’s only right that our 26-mile, 385-yard journey starts right here in Stirling.” 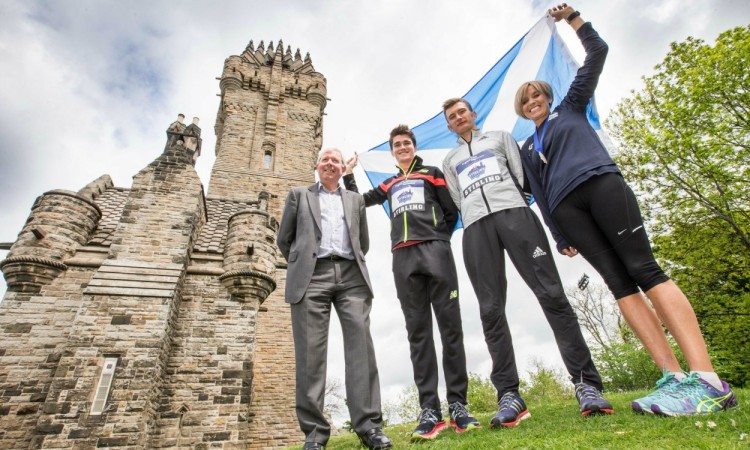 “We’re delighted to host The Great Run Company’s Stirling Scottish Marathon and look forward to giving a warm welcome to runners and their supporters to our beautiful area. We hope that many people are inspired to enter the event. The route will be enjoyable and challenging for everyone from first-time marathon runners to seasoned athletes.”

The location and route of the marathon will be used to reinforce The Great Run Company’s #ComeHomeToRun proposition to encourage expats as well as tourists throughout the UK, Europe and across the globe to head to Scotland.

Entries for the Stirling Scottish Marathon are now open at www.greatrun.org.