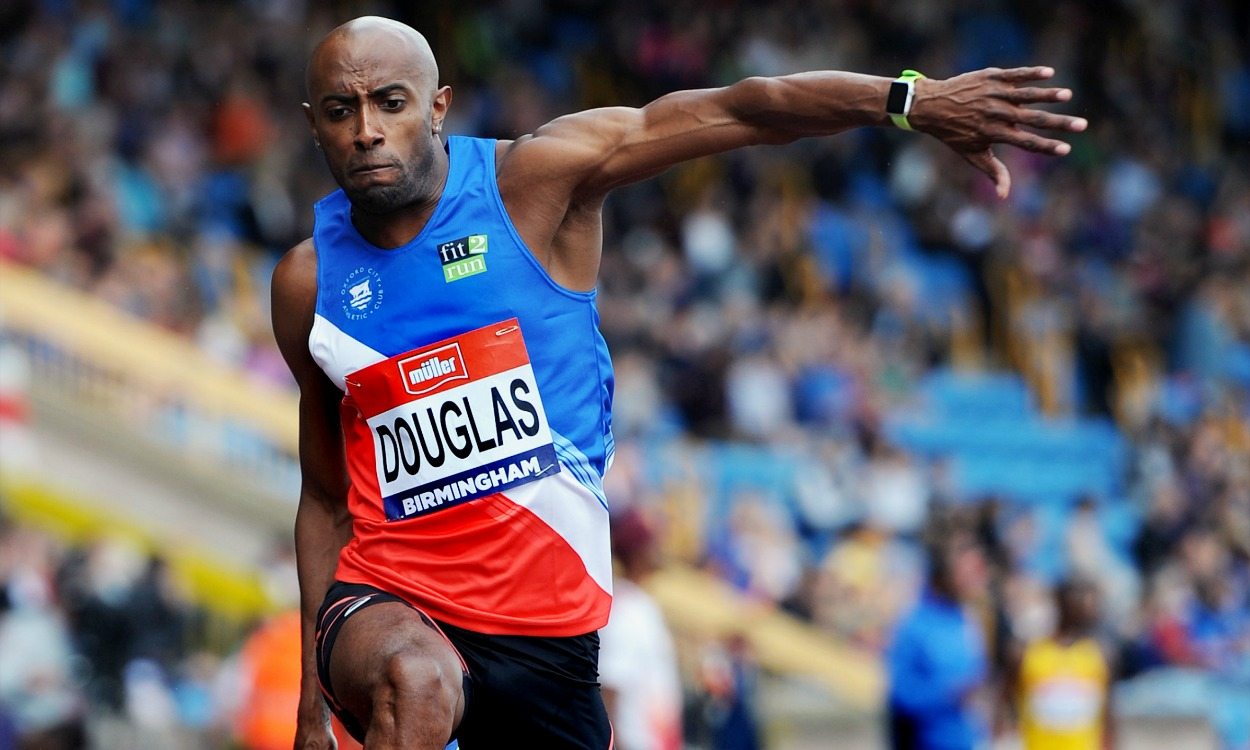 Twelve years after making his Olympic debut in Athens, Nathan Douglas has further Games goals and this week’s European Athletics Championships in Amsterdam is an important hop, step and jump in the next stage of that journey.

The British triple jump champion has been named as captain of a near 100-strong Great Britain team for the event in Netherlands’ capital, which runs from July 6-10, and Douglas hopes to use his proven resilience to inspire his team-mates as well as put down a performance he is proud of, ultimately one which also secures him a spot for Rio.

The 33-year-old leapt 16.58m at the British Olympic trials last month to win his first national outdoor title since 2005 and with one qualifying standard achieved last year, Douglas now needs to better 16.85m once more by July 11 to book his place for Brazil.

But above everything, Douglas is pleased to be pulling on the GB vest once again, this time as team captain.

“It’s an absolute honour and a massive privilege,” Douglas said of his captaincy.

“Many people know what I’ve been through in the last few years so to firstly be back at a major championships for me is great, this is where I want to be,” added the Oxford City AC athlete, who was invited by the IAAF to compete at March’s World Indoor Championships but had the invite turned down by British Athletics.

“I know I need to jump even further and obviously that’s my plan, but just to be back here is absolutely great and then on top of that to be the captain is fantastic.”

Serious injury problems and a lack of funding are just two of the major challenges Douglas has fought to overcome during a career which has so far seen him claim two European medals, make world and Commonwealth finals and represent GB at two Olympic Games. After missing out on London 2012, Douglas describes the Rio Games as having been “the biggest driving force”.

“It would really bring home everything that I’ve been through, to make my third Olympic Games,” said the British champ, who has a PB of 17.64m from 2005 which places him third on the UK all-time list.

“When you feel like you haven’t been able to necessarily fulfil certain things you would like to do, that is not a nice feeling, so to still be here now, to get through everything I have been through. I love what I do, it’s as simple as that. I’m going to keep pushing.”

It is that determination which the greatly experienced Douglas hopes will inspire a GB European Championships team which features 10 athletes representing Britain on the senior stage for the first time.

“It hits home even more how much you love what you do,” he added, on having to be independent. “There’s a power in it, a strength in it. You kind of take a little bit more ownership of what you do.

“The journey has been crazy and here I am. I think a lot of people would have written me off almost, so to be back here is absolutely brilliant and hopefully I can start pushing on from here.

“The resilience I have, I’m hoping that I can get that to rub off on people.”