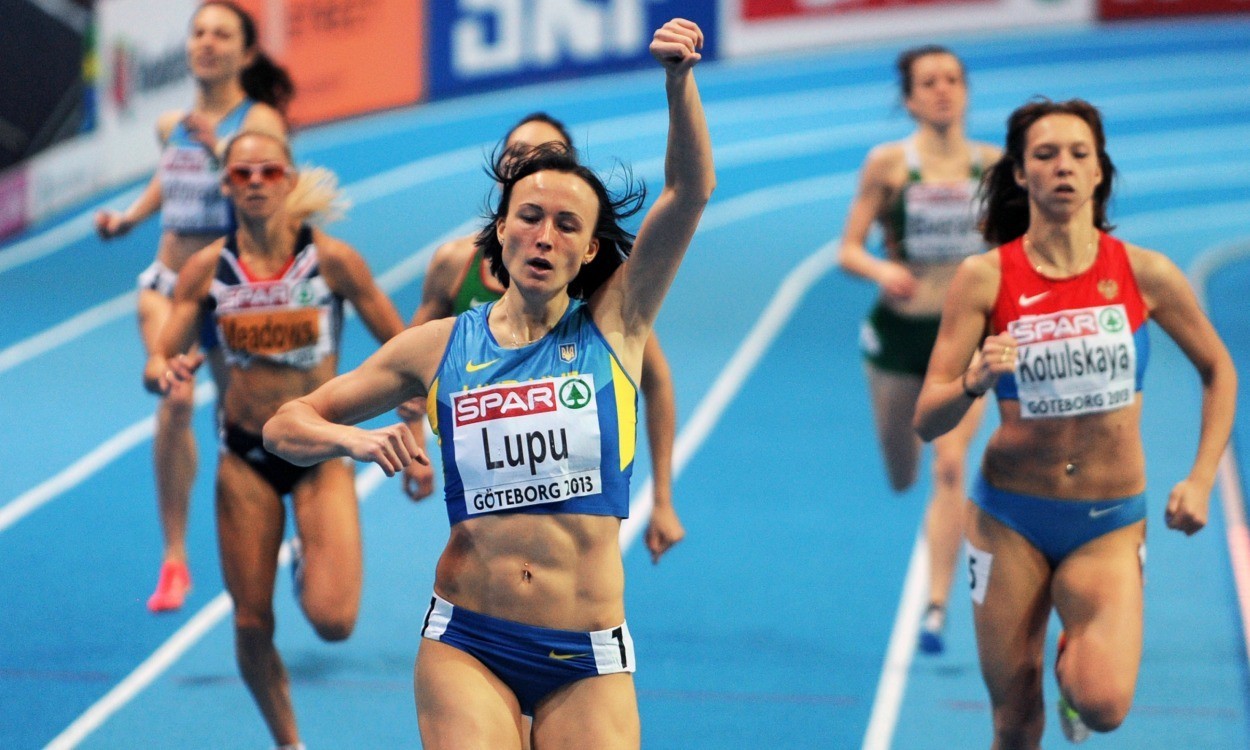 Nataliya Lupu has been banned until January 2015 following the return of a positive test at the IAAF World Indoor Championships in Sopot in March.

The Ukrainian middle-distance runner – who won European indoor 800m gold in Gothenburg last year as Britain’s Jenny Meadows, the defending champion, finished just outside the medals in fourth – returned an adverse analytical finding to the banned stimulant Methylhexaneamine on March 7, 2014.

She is suspended for nine months and can return to competition on January 21, 2015.

Lupu finished fifth in the 800m final in Sopot, having claimed world indoor silver in Istanbul in 2012.

News of Lupu’s failed drugs test was confirmed in the IAAF’s most recently-released list of athletes currently suspended following an anti-doping rule violation. Also included on the list is Trinidadian London 2012 Olympic 200m finalist Semoy Hackett, who received a two year and four month-long ban following a second doping offence back in June 2012.

Like Lupu, Hackett tested positive for Methylhexaneamine, with the date of her second infraction listed as June 9, 2012. The sprinter had tested positive for the same stimulant in 2011 and at that time was banned for six months from September 2011 to March 2012. Her current ban runs until April 30, 2015.

The implications of her second offence involve the Great Britain & Northern Ireland women’s 4x100m relay team, as a Trinidad and Tobago relay team including Hackett qualified for the event at the London Olympics ahead of Great Britain who were 17th and therefore just outside of the top 16 needed for a spot.

» The IAAF list of athletes currently suspended from all competitions in athletics following an anti-doping rule violation as at June 26, 2014 can be found here