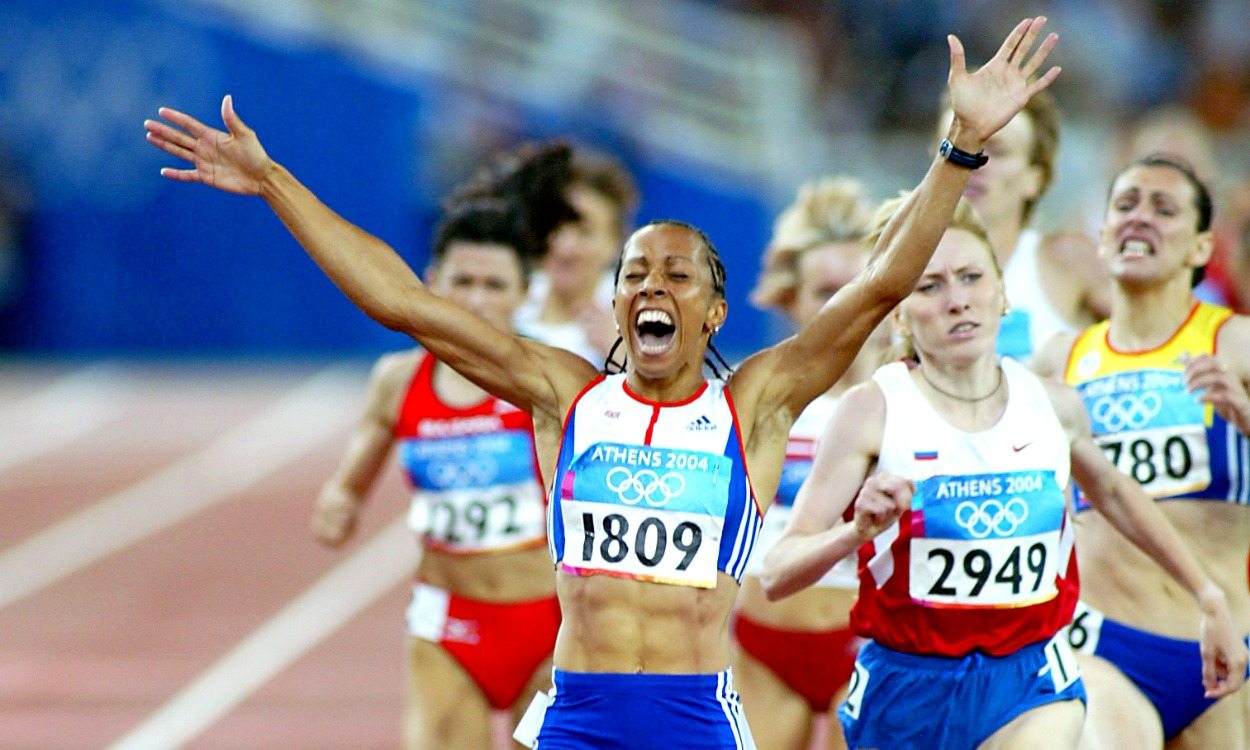 In 2004, Kelly Holmes won double Olympic gold at the end of a career that had already included an Olympic bronze in 2000 and she gave AW an insight into the training programme that took her to the height of her powers

Dame Kelly Holmes claims there were lots of ‘killer’ sessions that she used to complete as an elite middle-distance runner but recalls one particularly challenging workout that she did on a regular basis.

“It was 2x4x200m with five minutes recovery between sets and 20 seconds recovery between reps. It was so hard, because it was always at race pace or quicker with limited recovery. Therefore, lactic acid build-up was a given,” reflects Holmes.

She also found this particular training session to be a useful marker in relation to her present racing form. “It was a good guide to what I was going to be able to run for 800m, in particular,” Holmes says. “I would judge my form on the rep times for the 200s and if I could stick to the recovery, that was a good indicator of fitness. I would do it at least once or twice a month, mainly on my own, just with my coach timing me. It was a training session where I had to keep really focused.”

Such was the build-up that Holmes admits that she would feel apprehensive and sick before the session and either chuffed or disappointed afterwards depending on the times she hit and how she felt. It also had the power to give her a lot of confidence ahead of a big race.

Before Athens, Holmes went for nearly three weeks to the British holding camp in Cyprus where her training was intense – at race pace and faster – and she completed lots of speed-endurance training sessions.

“The last three weeks of preparation for my 2004 Olympic build-up were amazing,” she says. “I was full of confidence, strength and positivity because I had not been injured that year, which was the first time in seven years. My training partner, Anthony Whiteman, helped me enormously with the pace leading up to the Games, as I wanted to run as evenly as possible. The plan worked, especially for the 800m.”

Such attention to pace in training paid off when it came to the Olympic 800m final, as Holmes ran a well-paced race, ignoring a fast start by a number of the other athletes, and moved into the lead ahead of training partner Maria Mutola of Mozambique on the final bend. Holmes ended up taking the gold on the line ahead of the Moroccan Hasna Benhassi and the Slovenian Jolanda Ceplak, with Mutola in fourth.

Holmes recalls one particular session that she completed in the days leading up to her Olympic 800m and 1500m titles, which proved to her that she could double up successfully. “The detail of my training is really only relevant to me, but how I knew I could double up was because I had done a simple session of 2x400m with 10 minutes recovery in between and I ran around the 52-second mark for both, which was the fastest I had ever run in my career. My recovery was great, my nutrition was on point and my body was in the shape of my life.”

Having been a PTI in the Army, it is no surprise Holmes loved circuit training as well as fartlek and interval running. However, she hated long reps like 1000-2000m and was much keener on the shorter, faster reps, as shown by the fact she still owns the British 600m record with 1:25.41.