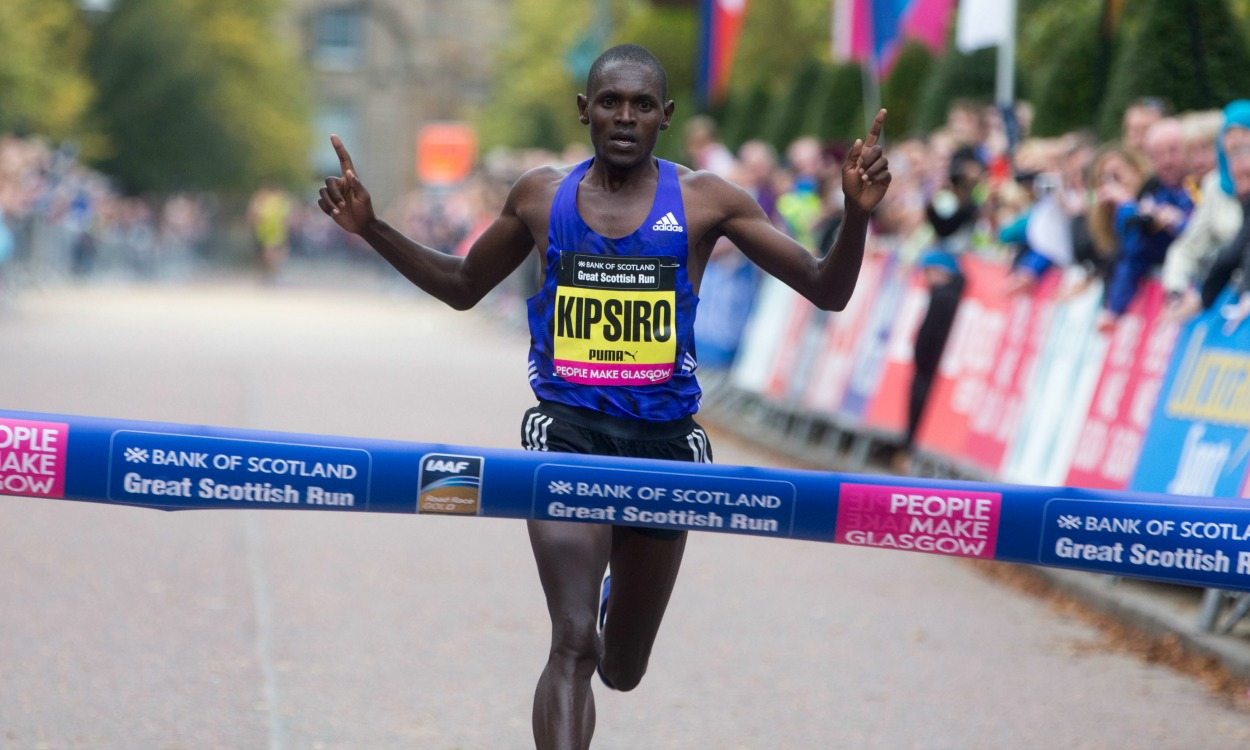 Moses Kipsiro is no stranger to winning in Glasgow and the Ugandan will be out for further victory when he defends his Bank of Scotland Great Scottish Run half-marathon title on Sunday (October 2).

Kipsiro won last year’s race in 60:41, seeing off the challenge of home favourite Callum Hawkins. Add in the fact that the 30-year-old won 10,000m gold at the 2014 Commonwealth Games — also held in Glasgow, of course — and he looks like a formidable opponent again.

Rising to that challenge once more however will be Hawkins, who will be urged on by the Scottish crowd after his successful Olympic debut, his ninth place in the Rio marathon impressing many and underlining his potential.

Hawkins will be joined by fellow Scot and Olympian Tsegai Tewelde, as well as Chris Thompson, Kenya’s Joel Kimutai and Andrew Lemoncello.

No Scottish male has crossed the finish line first since the half-marathon was first staged in 1991, but with the resurgence in Scottish distance running in full swing, there may well be a local hero in the 2016 event.

The women’s race will see Kenyans Betsy Saina, Doris Changeiywo and Helah Kiprop among those battling for the title.

Changeiywo came second to Edna Kiplagat in last year’s Bank of Scotland Great Scottish Run but the 2010 Commonwealth Games 10,000m silver medallist is aiming to go one better in 2016, while Saina is fresh from the Rio Olympics where she finished fifth in the 10,000m and is also a former winner of the Great Manchester Run 10km. Kiprop also competed in Rio this summer and claimed world marathon silver in Beijing last year.

Three-time Olympic champion and nine-time world champion Tirunesh Dibaba, who finished third at the recent Great North Run, had also been due to race in Glasgow but withdrew from the event with a calf strain.

Olympian Beth Potter, of Victoria Park City of Glasgow, will be looking to excel in front of her home crowd.
In the wheelchair race, which will be contested over the 10km distance, Great North Run winner Mark Telford heads the men’s field.

Over 30,000 people will pound the pavements of Glasgow in Scotland’s biggest mass participation running event. Starting at George Square, the event sees runners follow iconic 10km and half-marathon routes through the city before they enter Glasgow Green and reach the tree-lined finish straight in the shadow of Nelson’s Monument, with the action captured live on BBC 2 Scotland.

» See the October 6 edition of AW magazine and our website for coverage. A pre-race interview with Callum Hawkins can be found here, while pre-event chat with Betsy Saina is here