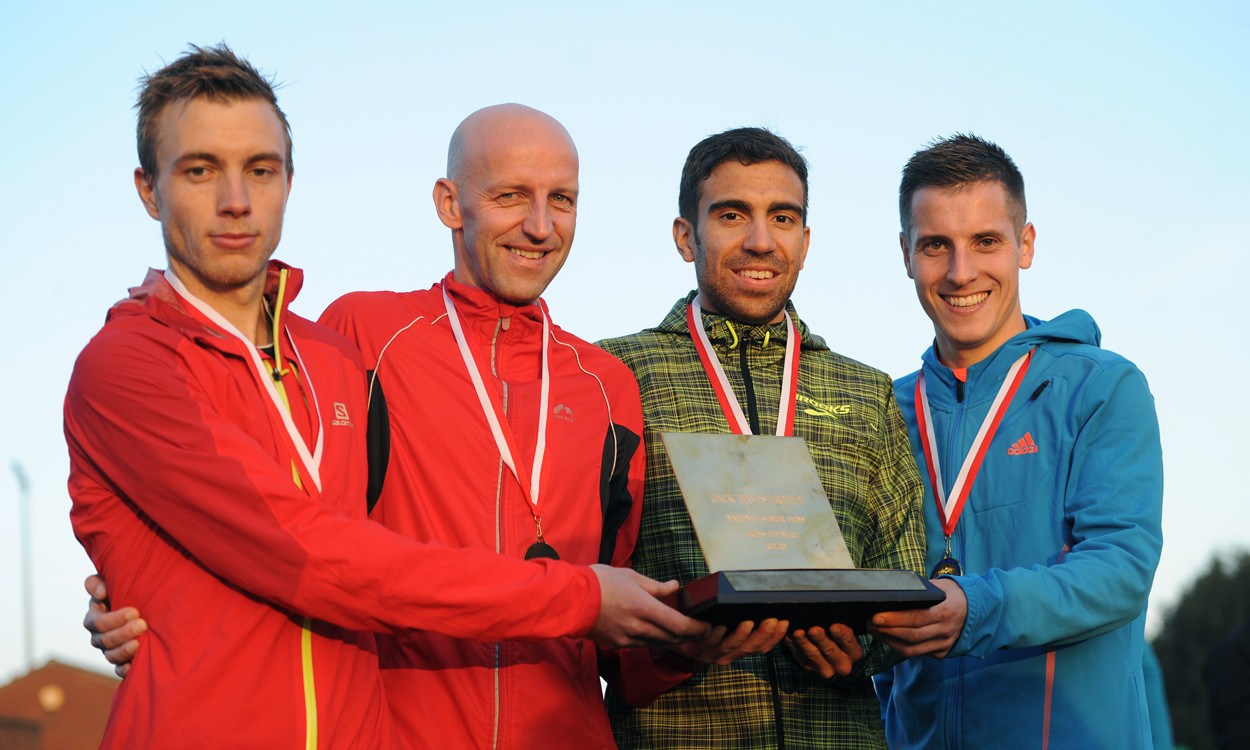 Heading into the final leg, Swinburn and Maud were a distance behind Bristol & West’s Stephen Mitchell, but made short work of closing the gap.

With Morpeth veteran Ian Hudspith cheering on from the sidelines, Swinburn was forced to bide his time, with the Highgate man matching all his moves.

The winning gap was just one second at the end, but that was enough to see Lewis Timmins, Hudspith and Jonathan Taylor join Swinburn on the top step.

One second was also the gap between Leeds City and Shaftesbury Barnet Harriers in the senior women’s event, where a dramatic final leg kept the crowd guessing all the way to the end. 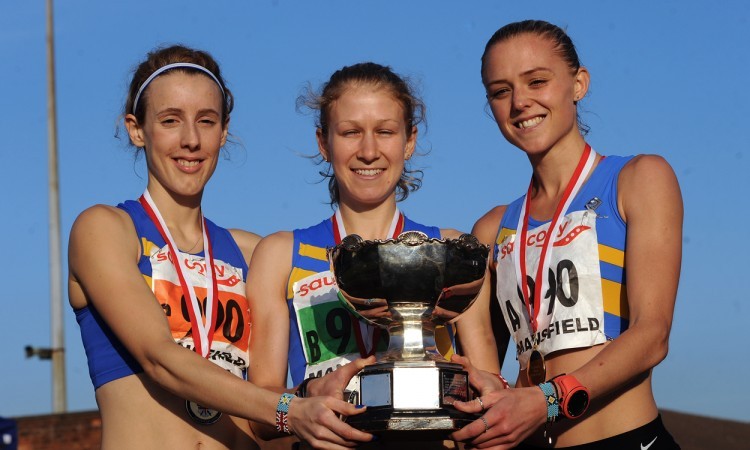 Track specialist Racheal Bamford went out in first for Leeds, but was passed by both Shaftesbury’s Beth Potter and Louise Small of Aldershot, Farnham & District before surging back to the fore.

A final sprint finish got her past Potter, while Small paid for earlier effort by fading to six seconds further back for bronze.

Elle Vernon of Stockport Harriers was the class act of the day, as she posted 9:29 to bag the fastest time of the day, though her club could only manage 11th.

Tonbridge continued their dominance of the junior men’s ranks with a third title in as many years for their under-20 squad.

James West led the way for the team with the second-fastest time of the day at 8:38, as he came back second on the first leg.

Sub-9:00 performances from Corey De’Ath and Chris Olley saw the Kent club over the line, 12 seconds clear of Liverpool Harriers with Aldershot a further 10 seconds back.

Harriet Knowles-Jones was in a class and team of her own in the under-20 women’s race, as she posted 7:56 in a one-woman Warrington team.

Aldershot retained their junior women’s title with a 53-second winning margin from Stockport, who beat Loughborough Students by 11 seconds.

Although she was well-beaten by Knowles-Jones, Amy Griffiths’s 8:19 was the second-fastest time of the day for Aldershot.

Tonbridge underlined the strength of its production line with first place in the under-17 men’s championship.

Six seconds behind were Bedford & County with Cambridge & Coleridge in third.

Aldershot’s women matched Tonbridge’s men again with golds in the women’s under-17 category.

Eugenie Cockle came back 14th on the first leg, but Lucy Pygott made light work of the jump to third on the second leg before Niamh Brown sealed the deal with the fastest time of the day.

London’s Herne Hill Harriers may be setting themselves up to be an Aldershot of the future as they clinched both girls’ titles in the under-15 and under-13 age groups.

In the older group all three girls in the team, Eimear Griffin, Lucy Olsen and Alex Brown, finished in the top-10 fastest finishers of the day.

An interesting journey home is in store for the Aldershot junior boys squad. They secured the top-two slots in the under-13 boys competition, but it was the B team which got one over their better fancied counterparts in a six-second victory.

Bracknell recovered from a slow start on the first leg to secure victory in the under-15 boys category, ultimately defeating Vale Royal by 11 seconds and Charnwood by 12 seconds.