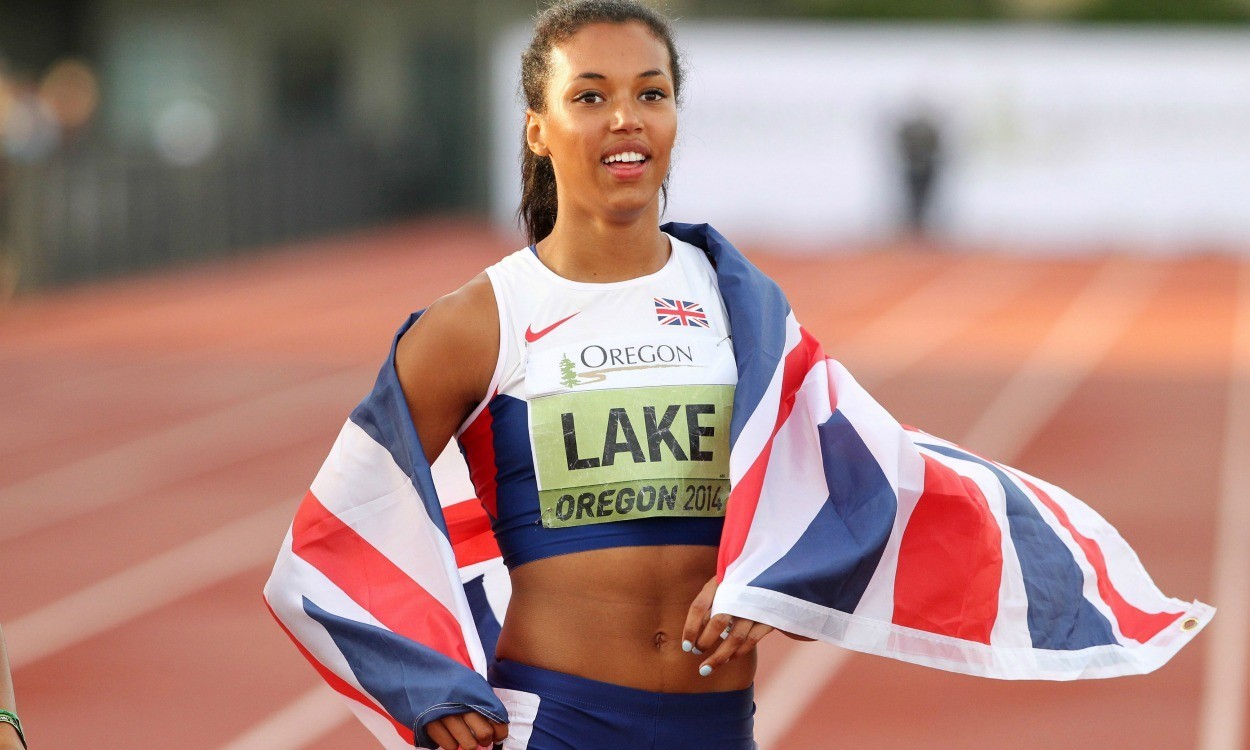 Fresh from winning double world junior gold, heptathlete Morgan Lake steps up to the senior international ranks for the first time in Zurich on Friday and is looking forward to the experience of competing against top-class high jumpers at the European Championships.

Although the 17-year-old has already experienced much success, with a 6148-point heptathlon PB and a high jump best of 1.94m among the marks to her name, her time in Switzerland will be the first she has spent as part of a senior Great Britain & Northern Ireland team, which is an experience she’s relishing.

“It’s exciting being in a team with people that I’ve seen on TV and have always aspired to be like,” said the Windsor Slough Eton & Hounslow athlete.

While she took titles in both the heptathlon and high jump at the World Juniors in Eugene just a couple of weeks ago, the high jump is Lake’s focus in Zurich, and with qualifying for that beginning on Friday – the fourth day of the championships – ahead of the final on Sunday, she’s got a bit of time to get into the swing of things.

“I’m going to try and watch as many events as I can to see how the athletes prepare,” she said. “It will be quite cool to see how it’s all done.”

There has been no shortage of inspiring performances to motivate her, either. Since Lake spoke with Athletics Weekly, her team-mates have won a total of seven medals in Switzerland, four-time Olympian Jo Pavey claiming the first with a superb 10,000m showing.

Given Lake’s achievements, it’s easy to forget that she’s still of an age where she’ll be eligible to compete at the next World Junior Championships in 2016. In fact, when the heptathlete first attended an athletics meeting at the age of one, Pavey – the oldest member of the GB team in Zurich at 40 – was already a senior international.

Lake, whose father and coach Eldon was a GB junior international himself, first watched grand prix athletics as a toddler, and says some of the best advice she has been given came from Denise Lewis, who claimed the Olympic heptathlon title in 2000 when Lake was a three-year-old.

“I remember meeting Denise Lewis and she basically said just have fun, because if you’re not enjoying it then there’s not really much point in you doing it,” Lake explained. “She said to just make sure that you’re always enjoying it but obviously staying focussed at the same time.”

Her aim for her time in Zurich is to make the most of going up against “the big high jumpers”. Although two-time world champion Blanka Vlasic of Croatia was a late withdrawal from the event through injury and Russia’s Olympic champion Anna Chicherova is also missing, Lake is set to face the likes of Chicherova’s compatriot Mariya Kuchina, the world indoor champion who has cleared 2.00m both indoors and outdoors this year, as well as Polish duo Kamila Lićwinko and Justyna Kasprzycka, the former having taken joint world indoor gold with Kuchina in March.

Lake is also looking to hit new heights, too.

“I’m hoping for a PB or a height around my PB,” she said.

Lake goes in high jump qualifying on Friday August 15 at 9.35am UK time, with the final taking place on Sunday August 17 at 2.16pm.