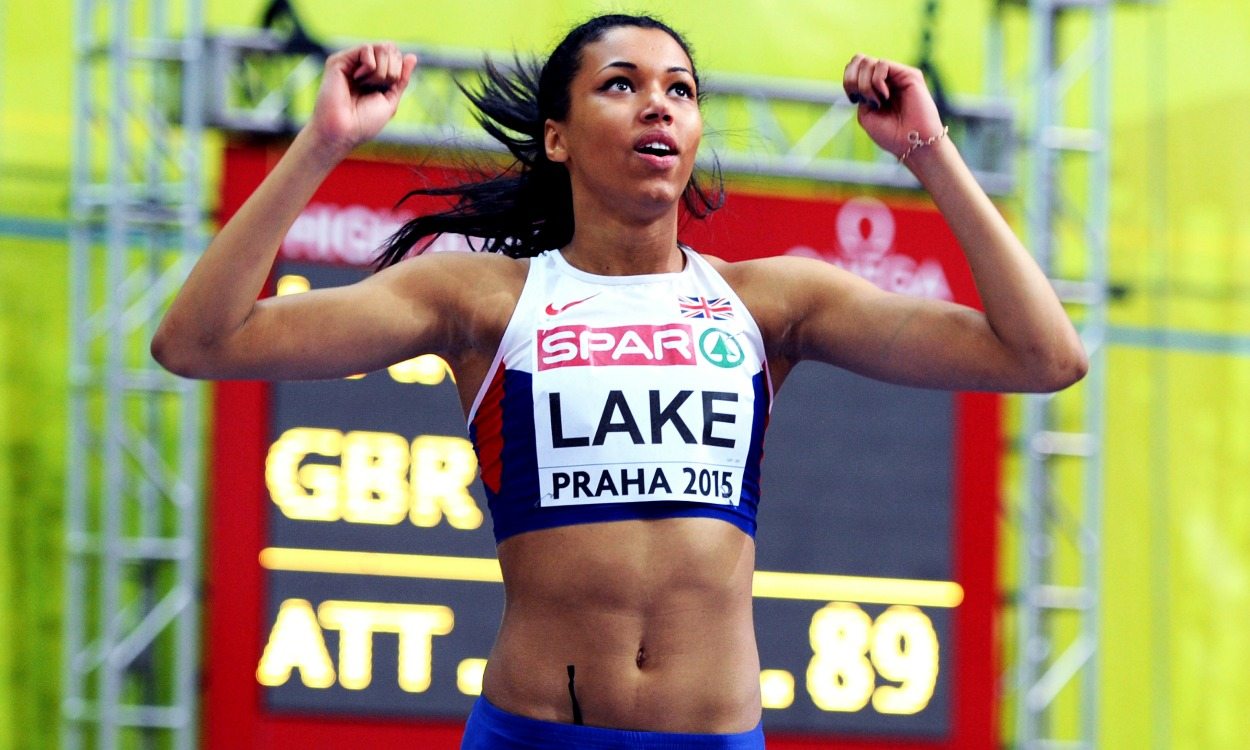 Already on Team GB for the high jump, the talented teen is also looking to secure an Olympic heptathlon qualifying mark at the European Championships

Although her season so far hasn’t quite gone to plan, Morgan Lake hopes that her performance at the European Championships means she can get her Olympic aims back on track.

The 19-year-old is delighted to have already booked a place on Team GB for the Rio Games, her 1.90m clearance at last month’s British Championships securing her spot for the high jump in Brazil as well as winning her a first senior outdoor national title.

But contesting the heptathlon at her debut Olympics is a major aim and with the window for achieving qualification standards closing a couple of days after her heptathlon competition in Amsterdam, which takes place on Friday and Saturday (July 8-9), the double world junior champion is giving the Rio 6200-point standard one last shot to put herself in contention for a place.

“Obviously it’s not how I planned my season, I would have liked it the other way around,” says Lake, with her original hope having been to qualify for the seven-discipline event in Rio and contest the high jump at the Europeans. “But obviously things do change. I’m really excited to be here and competing in the heptathlon.”

After a strong indoor season which saw her again come close to the world junior pentathlon record and represent GB at the IAAF World Indoor Championships in Portland, injury niggles interrupted the early part of her summer.

She was forced to withdraw halfway through the Gotzis Hypo Meeting and then scored 5951 points in Kladno less than two weeks later.

But now, after a promising period of training, Lake says things are looking good.

“Training has been going really well recently,” she says. “I think the training marks indicate that if everything goes well the score should be up to where I need it to be – hopefully Rio qualifying.”

Lake’s current PB of 6148 points was set when winning her world junior title in Eugene in 2014 and as well as being close to the Rio qualifying standard, it’s also not too far from Katarina Johnson-Thompson’s UK junior record of 6267 points.

European pentathlon champion Johnson-Thompson has provided plenty for Lake to target, and the teenager says the London Olympic 15th-placer has also helped fuel further belief that contesting the heptathlon in Rio is within reach.

“I think seeing Kat compete in the 2012 Olympics, when she was the same age that I am now, made me have this as an aim,” says Lake. “I kind of wanted to follow in her footsteps. It’s nice to have someone who is there, a few years ahead of me, to give me some targets to chase for.

“I’m definitely cutting it fine!” she adds, on achieving the Rio standard this close to the deadline. “But it is still a really big aim of mine and I don’t want to give it up just yet.”