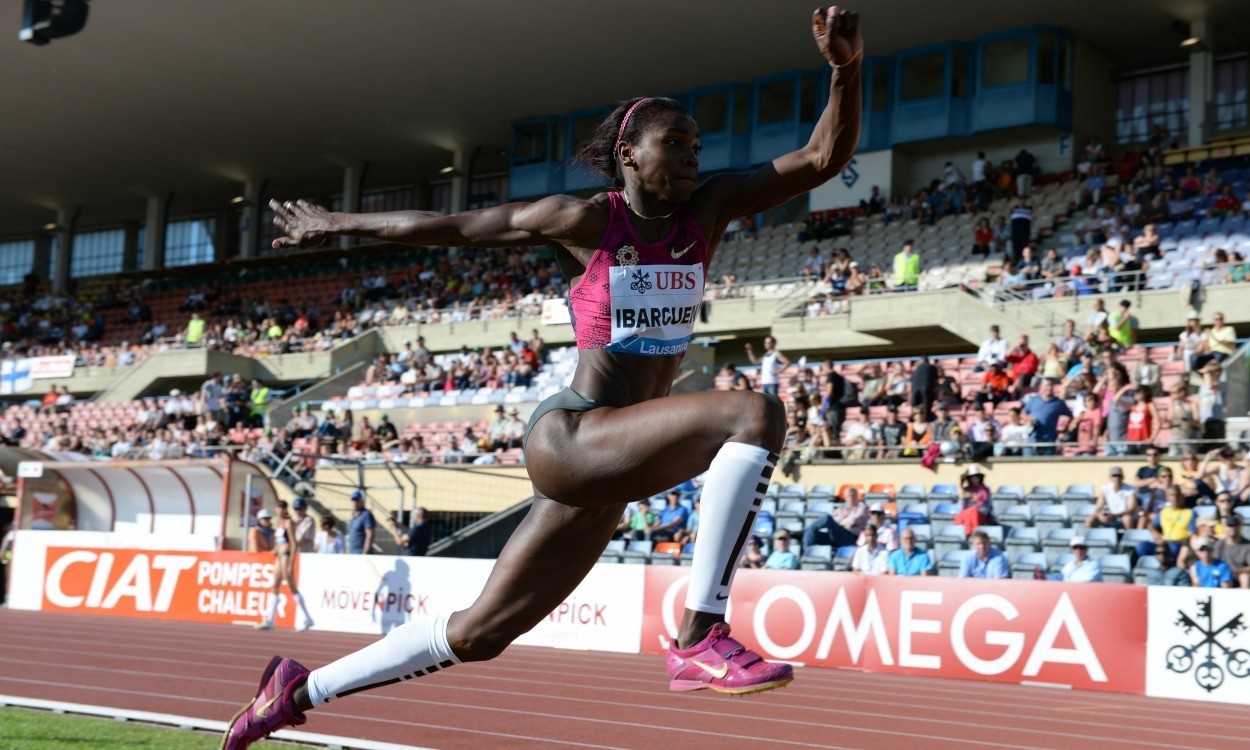 Multiple world leads were set and records broken at the Herculis meeting in Monaco on Friday as the Diamond League series made its 10th stop.

Kenya’s Asbel Kiprop had gone into the 1500m with Hicham El Guerrouj’s 16-year-old world record of 3:26.00 in his sights. The mark was missed by 1.64, but not by the two-time world champion. Leading along the back straight he was tracked by his compatriot Silas Kiplagat, the Commonwealth champion, who judged his finish perfectly to surge ahead in a 54.41 last lap and cruise over the line in a world-leading and Diamond League record time of 3:27.64. The mark puts him fourth on the world all-time list behind just El Guerrouj, Bernard Lagat and Noureddine Morceli, leapfrogging Kiprop, who on Friday clocked 3:28.45.

So El Guerrouj’s world record wasn’t broken, but the world junior mark was as Ronald Kwemoi followed his fellow Kenyans over the line in 3:28.81 and a total of seven men went sub-3:30. Ayanleh Souleiman ran a Djibouti record 3:29.58 in fourth, Abdalaati Iguider a 3:29.83 PB in fifth and Aman Wote beat his own Ethiopian record with 3:29.91 in sixth as New Zealand’s Nick Willis ran 3:29.91 for seventh to also set a national record.

There was also a superb run from Nijel Amos in an 800m that saw five men dip under 1:43 led by the Olympic silver medallist with a world-leading and meeting record time of 1:42.45.

Surging ahead at the bend the Botswana two-lap specialist beat a field including the likes of European under-23 champion Pierre-Ambroise Bosse who ran a French record 1:42.53 in second, world indoor and outdoor champion Mohammed Aman with a 1:42.83 season’s best for third and Kenya’s Ferguson Cheruiyot Rotich with a 1:42.84 personal best for fourth. Part of a thrilling finish, world record holder David Rudisha just couldn’t demonstrate the same level of strength at the end and he faded to fifth but still clocked a 1:42.98 season’s best. Britain’s Andrew Osagie ran 1:45.68 for eighth.

As usual, field action got the meeting started, and what a start. Following Valerie Adams’ 53rd consecutive win with 20.38m in the shot to wrap up her victory in this season’s ‘Diamond Race’ and Piotr Malachowski’s 65.84m to win the discus it was again Caterine Ibargüen’s time to shine in the triple jump.

Colombia’s world champion trailed Russia’s Yekaterina Koneva after five rounds, the world indoor champion having leapt a 14.89m personal best in the second round, but Ibargüen wasn’t going to give up that easily. After fouling on her fourth and fifth attempts she saved the best until last and responded with a world-leading Diamond League and South American record of 15.31m to go fifth on the world all-time list.

There was no 2.43m clearance for world high jump champion Bohdan Bondarenko but his 2.40m for victory is a meeting record and saw him ahead of Mutaz Essa Barshim with 2.37m. Long jump victory went to Jinzhe Li with a best of 8.09m as Britain’s Chris Tomlinson finished fourth with 7.94m. Brazil’s Fabiana Murer won the pole vault with 4.76m to beat Jenn Suhr of the US with 4.71m, while Barbora Spotakova continued her winning ways with a 66.96m season’s best in the javelin.

Four athletes went sub-11 seconds in the women’s 100m led by the ever improving US sprinter Tori Bowie with a world-leading 10.80. Following her over the line was Jamaica’s Veronica Campbell-Brown with 10.96 and then Murielle Ahoure of Ivory Coast and Nigeria’s Belling Okagbare, both with 10.97. The top two went sub-20 seconds in the men’s 200m, American Justin Gatlin with a world-leading meeting record mark of 19.68 to lower his PB and Jamaica’s Nickel Ashmeade with 19.99.

There was a second national record of the evening for France as Pascal Martinot-Lagarde ran 12.95 to pip Cuba’s Orlando Ortega with a 13.01 personal best. World champion LaShawn Merritt cruised to 400m victory – 44.30 his winning time, while Jamaica’s Kaliese Spencer extended her lead in the 400m hurdles Diamond Race as the world indoor silver medallist clocked 54.09 for clear victory. World champion Zuzana Hejnová, in her first competition since taking time away from the track because of a foot injury, clocked 55.86 for seventh.

Ajee Wilson ran a US under-23 best in the 800m to end the winning streak of Kenya’s Eunice Sum who hadn’t lost a race since June of last year. Wilson’s 1:57.67 is a world lead and world champion Sum’s 1:57.92 a season’s best. Further down the field and Britain’s Jess Judd again dipped under the two minute barrier with 1:59.99 for eighth.

» Results from the Herculis meeting can be found here