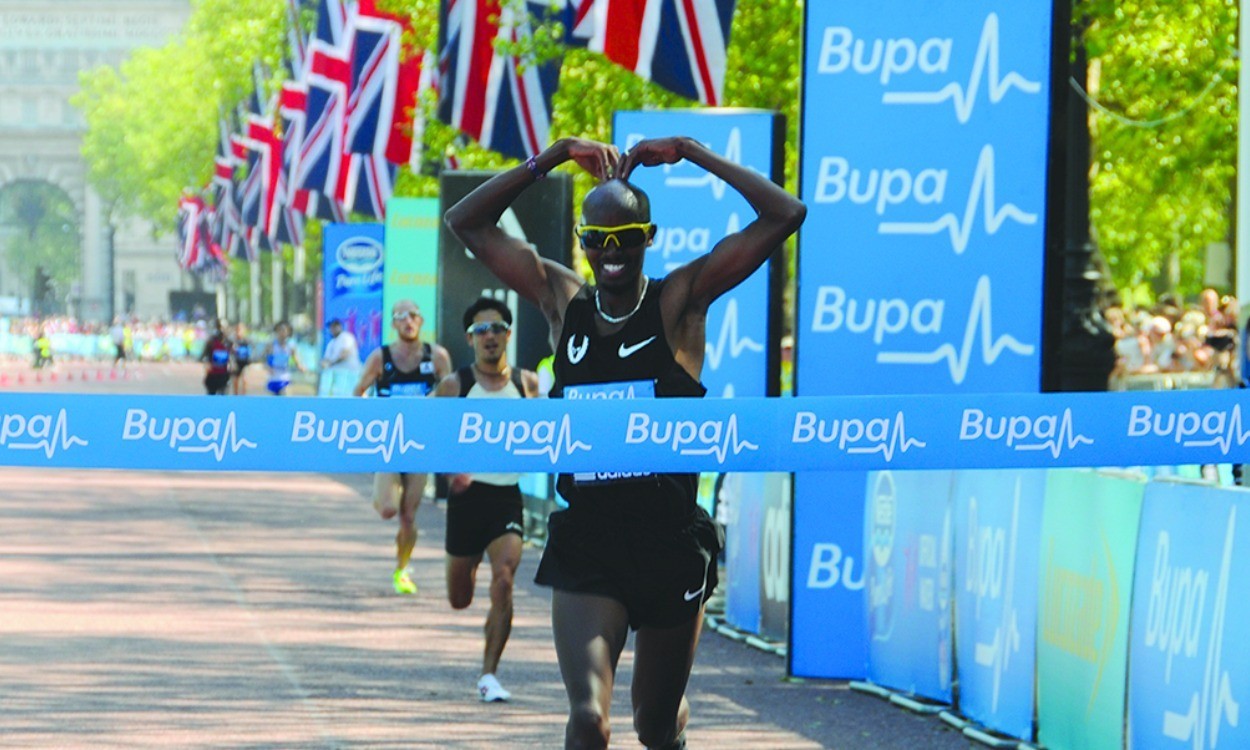 Double world and Olympic champion to miss defence of 10km title due to a lack of race fitness, while Andy Vernon is added to the field

Mo Farah has withdrawn from Sunday’s Bupa London 10,000 as he is not yet race-ready following his marathon debut in London.

The double world and Olympic track champion had been eyeing a sixth consecutive title on the streets of the capital but will now just attend the event as a guest.

The 10km outing was to be Farah’s first race since he made his debut over 26.2 miles at the Virgin Money London Marathon on April 13 where he broke the English record with 2:08:21 for eighth place.

“Mo has decided not to compete in the Bupa London 10,000 because he is not yet ready to race after the London Marathon,” explained Farah’s agent, Ricky Simms. “He took a few weeks off training, went on holiday, and just resumed jogging 10 days ago.

“He looks forward to being a guest at the event,” added Simms, with Farah due to undertake official starter duties for the 10km event as well as the senior men’s and women’s races at the Bupa Westminster Mile event the day before.

Farah is also due to join young athletes in running the boys’ under-11 and under-13 London Borough Challenge races at the mile event on Saturday.

Andy Vernon and Ryan McCleod have been added to the men’s London 10,000 field, with Vernon having run 28:26.59 to claim the British 10,000m title two weeks ago. Chris Thompson, who made his marathon debut alongside Farah in London last month, also races, while Louise Damen is due to run the women’s race.

» See this week’s AW, out May 22, for previews to both the Bupa Westminster Mile and the Bupa London 10,000