Mo Farah still on track for world double in Beijing 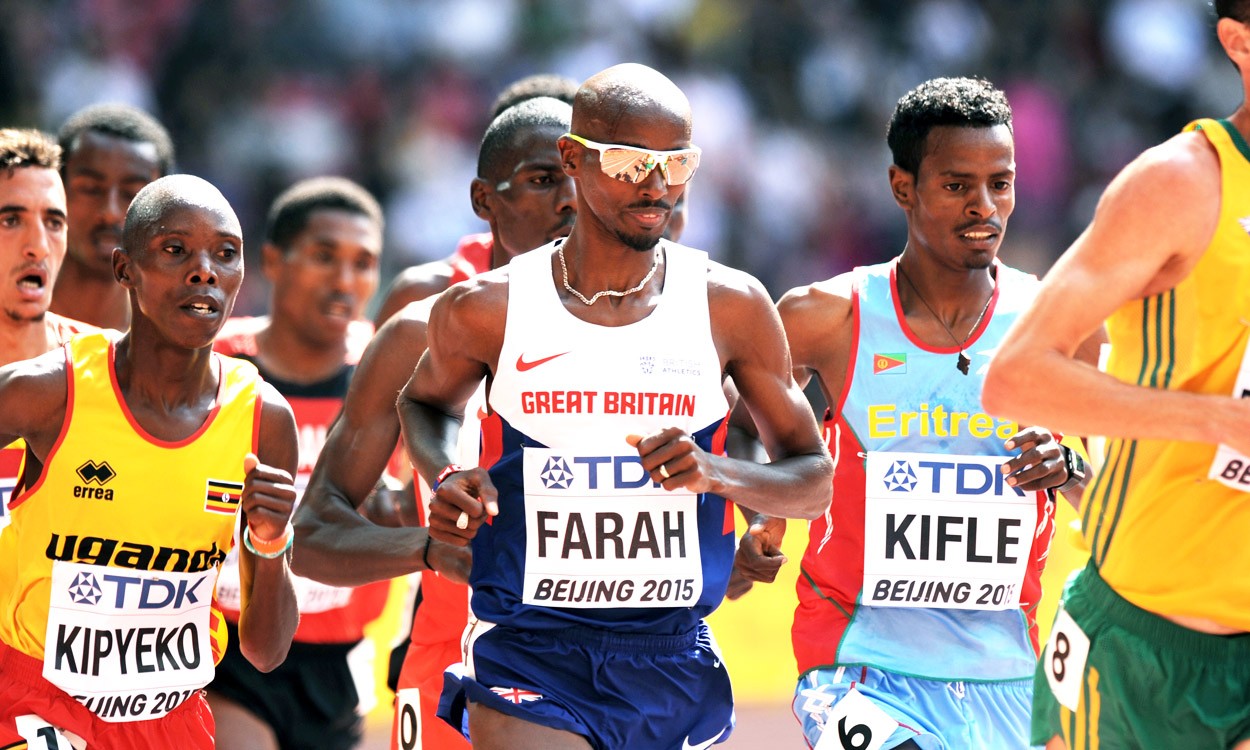 Defending champion is through to the IAAF World Championships 5000m final, while Lynsey Sharp and Sophie Hitchon are also among those to qualify in their events

Farah, who also holds the Olympic and European titles over both distances, finished second in heat two at the IAAF World Championships behind Ethiopia’s Yomif Kejelcha and clocked 13:19.44 but his run wasn’t without drama.

Just ahead at the bell with his training partner Galen Rupp of the USA on his shoulder, Farah continued to lead along the back straight but as the group reached the final bend the 32-year-old was tripped and staggered for a number of steps. Somehow he managed to stay on his feet, as he did when he also almost fell in the 10,000m final on the opening day of the championships. Kejelcha crossed the line in 13:19.38, while Canada’s Mohammed Ahmed, Kenya’s Caleb Ndiku and Bahrain’s Albert Rop also finished in the top five. Ahmed was initially disqualified but later reinstated. Behind them was USA’s Ryan Hill, while Rupp also made it through with his time of 13:20.78.

Farah’s GB team-mate Tom Farrell had a fine run in the first heat. Setting himself up well in a slow race, he clocked 13:45.29 for fourth in a race won by Ethiopia’s Hagos Gebrhiwet in 13:45.00. It is the first time since 1991 that Britain will have two men in a world 5000m final.

“Somebody just caught my legs,” said Farah, explaining his stumble. “The way I run, I’ve got long strides.

“I don’t blame anyone. Even in training sometimes my training partners catch my legs. It just happens, that’s why I have to be at the front or the back and just stay on the outside. I’ve got a little cut.

“I’m pleased for Tom,” he added. “That’s two of us in the final now. Hopefully we can go out there and do it.”

Farrell said: “I’m very happy. I wanted to stick my nose in it, compete and get up at the front. I did that and made my first world final, which is what we came here to do.

“It’s been the aim for a long time now, so to actually come here and perform is another thing, so I’m happy I could do that.”

Lynsey Sharp ran her third quickest-ever 800m to qualify for the semi-finals. One of two women to dip under 1:59 in the heats, she clocked 1:58.98 and will be joined in the next round by her GB team-mates Shelayna Oskan-Clarke, who finished third in her heat in 2:01.72, and Jenny Meadows, who progressed as the final fastest loser with 2:00.70.

Fresh from her 1500m bronze the night before, Sifan Hassan of Netherlands was back on the track and will also be in the 800m semi-finals along with the likes of Kenya’s Eunice Sum and South Africa’s Caster Semenya.

USA’s Alysia Montano, a fourth place finisher at the past two World Championships, fell with around 200m to go in the fifth 800m heat. She got back up but finished seventh and the USA team made an official protest but it was unsuccessful. Kenya’s Janeth Jepkosgei, the 2007 champion who also won 2009 silver and 2011 bronze, and Icelandic record-holder Anita Hinriksdottir were also among those who will not progress.

World record-holder Anita Wlodarczyk led hammer qualifying with her 75.01m from the first round in group 1. Also in that group was GB’s Sophie Hitchon and she also secured a spot in the final with her 71.07m, a mark that put her above the likes of Germany’s 2007 world champion and former world record-holder Betty Heidler, who threw a best of 70.60m, in qualifying, to also advance. 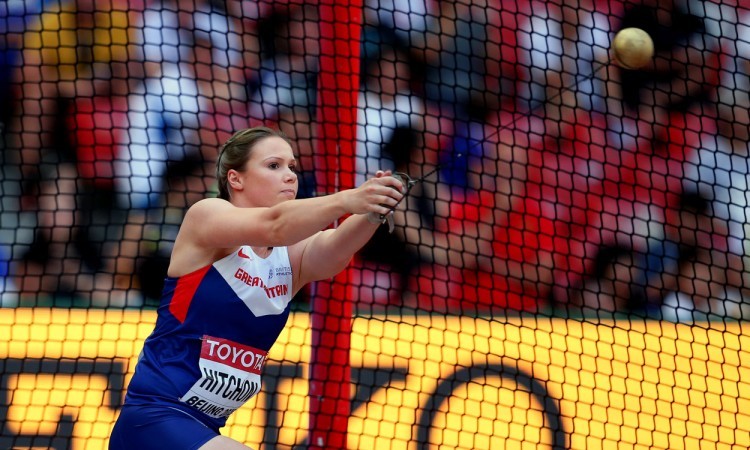 USA’s David Oliver began the defence of his 110m title by leading qualifying with 13.15. He will be joined in the semi-finals by his team-mates Aries Merritt and Aleec Harris but the fourth American, Ronnie Ash, was disqualified for a false start. Also going through are the likes of France’s Pascal Martinot-Lagarde, Jamaica’s Hansle Parchment, Russia’s Sergey Shubenkov, China’s Xie Wenjun and Britain’s Lawrence Clarke, who ran 13.61 for the last fastest loser spot.

The two 18 metre-plus jumpers this season – Cuba’s Pedro Pablo Pichardo and Christian Taylor of USA – were two of the five athletes to achieve the automatic qualifying mark in the triple jump. They will be joined in the final by athletes including USA’s Omar Craddock, Portugal’s Nelson Evora and South Africa’s Godfrey Mokoena.

Britain does not have any representatives in this event but 2010 Commonwealth champion Tosin Oke, who represented GB at the European Championships in 2002 and won the European junior title for the nation in 1999, will be in the final for Nigeria.

After not making the long jump final, USA’s Marquis Dendy also missed out on a place in the triple jump final, while his team-mate Will Claye also did not progress.

» See the September 3 edition of AW magazine for coverage of the final five days of World Championships action, while the August 27 edition includes reports, results, news, stats and more from the first four days