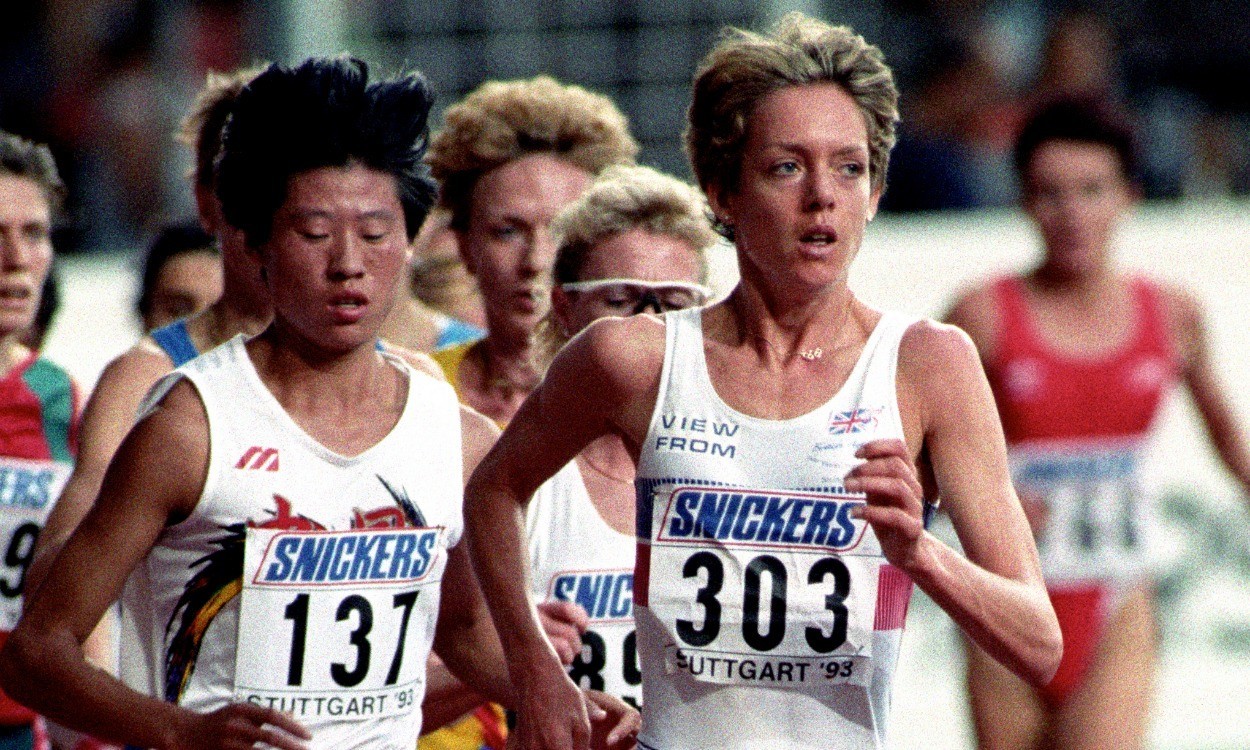 Former British distance runner Alison Wyeth, who finished fifth in the infamous 3000m race at the 1993 World Championships in which Chinese athletes swept the medals, has described the strangeness of her experience competing against the notorious “Ma’s Army”.

Wyeth finished with a personal best of 8:38.42 one place behind Ireland’s Sonia O’Sullivan and further behind the winning Chinese trio of Qu Yunxia, Zhang Linli and Zhang Lirong.

Dubbed “Ma’s Army” after their fiery and enigmatic coach Ma Junren, a group of young female Chinese distance runners took the world by storm in 1993, dominating the middle and long distance medal rostrum before following up their world success with a series of dubious world records in their national championships.

After the emergence of a letter alleged to have been penned to a Chinese journalist in 1995 by a number of Ma’s runners detailing the coach’s forced doping regime, the IAAF has confirmed they are investigating the authenticity of the claims.

Having exploded on to the world stage in such quantity in 1993, the approach of the mysterious Chinese coach and his team has stuck in Wyeth’s mind 23 years on.

She said: “Just watching them warm up and do their training sessions was strange. I don’t always remember all my race and everything that I did in athletics, but because of the Chinese that championship really sticks in my mind.

“I’ve never seen a group of athletes run around a track like that. They really did look like an army under his control.

“He stood in the warm-up area at the training track smoking and they could have just all been one person.

“Everything moved at the same time. It was incredible to watch, really. When he was watching that race the girls would look across to him and he would give a signal and they’d do whatever they needed to do in the race. It was all very controlled.”

Wyeth recalls a slow first 1km before the Chinese trio shot off from the rest of the pack with Qu taking the gold from her team-mates in a championship record of 8:28.71.

Having believed she had the ability to run 8:32, Wyeth didn’t necessarily buy into the belief back then that the times run by the Chinese were unachievable.

With all the talk of addressing records over the past few weeks Wyeth has wondered whether the Chinese elephant in the room would ever be touched upon.

Speaking hypothetically, if the situation were to arise for Wyeth to receive a medal in the post in the coming months, how would it be viewed?

“I’d still value it in some way because it would be a reward for a race that I ran really well in and beat a lot of people that I’d never beaten before,” she said.

“It would be a bit strange to say you’re a silver medallist from the World Championships when you’d actually finished fifth and I suppose it’s not something I’d hang up on the wall. It would probably go in a bag somewhere.

“Sonia (O’Sullivan) sent me a message to say this could be quite interesting (to watch develop) so I think we’ll both be watching to see,” she added.