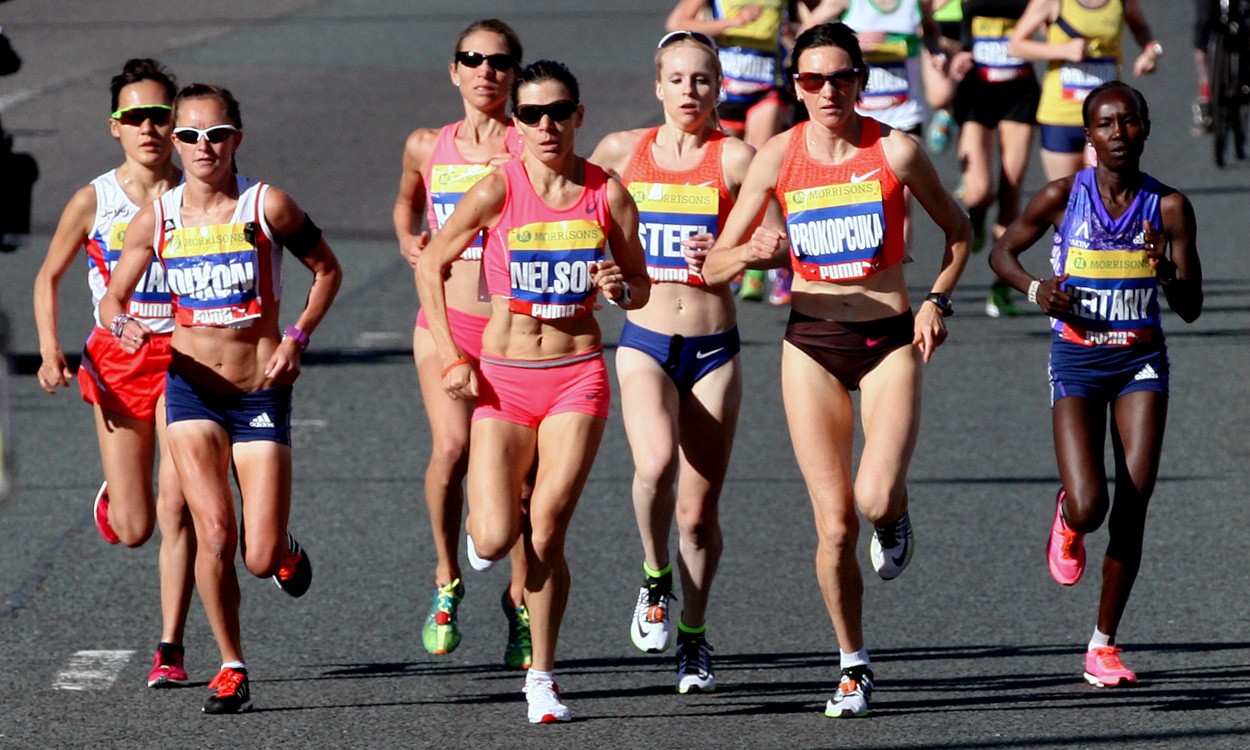 British women struggled to keep up with runaway winner Mary Keitany at the Morrisons Great North Run on Sunday, but top domestic runners Gemma Steel and Alyson Dixon were still satisfied with solid runs on Tyneside.

“After about a mile we waved Mary goodbye and before long she was just a dot on the horizon,” said Dixon, after a race that saw the Kenyan defend her Great North Run title in 67:32 ahead of Steel’s 71:00 in second with Yelena Prokopcuka of Latvia third in 71:52 and Dixon fourth in 72:07.

Notching up her 12th half-marathon victory in a row, the 33-year-old Keitany cruised to a comfortable win – albeit much slower than her 65:39 course record from 12 months earlier due to windy conditions on an otherwise beautifully sunny and warm day in the north-east of England.

“I’m really pleased to win here for the second time,” said Keitany, whose job was made a little easier after late withdrawals from Priscah Jeptoo, Tigist Tufa, Gelete Burka and Birhane Dibaba. “My training has been going really well at home so that’s why I’ve come here and run as well as I’ve run. I’d like to come again next year to win as I like the city and the fans.”

Runner-up Steel was also down on her 2014 time due to a mixture of the wind and running alone for much of the distance, plus not quite being in the same shape as she was 12 months ago.

The British No.1 said: “I had more confidence going into the race last year whereas this year I was more of an unknown quantity. I just needed the confidence to break away from the other girls (to move into second) but once I did that and got the gap it went okay. As for running alone, I’m used to it really in training.”

The Charnwood AC athlete is keen to defend her European cross-country title in France in December and she is looking forward to training with athletes like Bobby Clay, the European junior 1500m champion, and Kate Avery, who finished a close second behind Steel in the Euro Cross last year, in Loughborough in coming weeks.

After the Euro Cross, Steel enjoys the idea of tackling the IAAF World Half Marathon Championships in Cardiff in March, although there are still no firm plans for what would be a much-anticipated marathon debut.

As for Dixon, in the quest for Olympic marathon selection she feels she is in shape to break 2:30 for 26.2 miles in Berlin on September 27 and in the days building up to the Great North Run her only respite from marathon training was missing one of her usual Friday runs during a week where she notched up 110 miles in total.

“I’ve been training in Font Romeu recently and Paula Radcliffe has been a great help to me,” said Dixon. “I coach myself but she’s been giving me lots of advice, joining us for some of the training runs and in other runs she jumps on her bike to cycle alongside. She’s had such a tough time lately, but she’s been inspirational for me.”

Dixon also had a difficult build-up to the race with the death of an uncle and a subsequent funeral to attend. There was a poignant link with the race as well as her relative was a regular marshall in the world’s biggest half-marathon, often positioned at the 20km point. “This is why I wore a black armband today,” said Dixon.

In the women’s wheelchair race, Shelly Woods took her seventh victory in 53:38. Margriet Van Den Broek had led the race but crashed into hay bales at the bottom of the steep hill that turns on to the South Shields sea front with a mile to go.

From there on, Blackpool athlete Woods must have felt at home as she charged down the promenade to defend her title as Amanda McGrory was second and Van Den Broek recovered for third.

Mo Farah ran the quickest ever half-marathon by a European athlete to secure his second successive Great North Run title. You can find a men’s race report here.