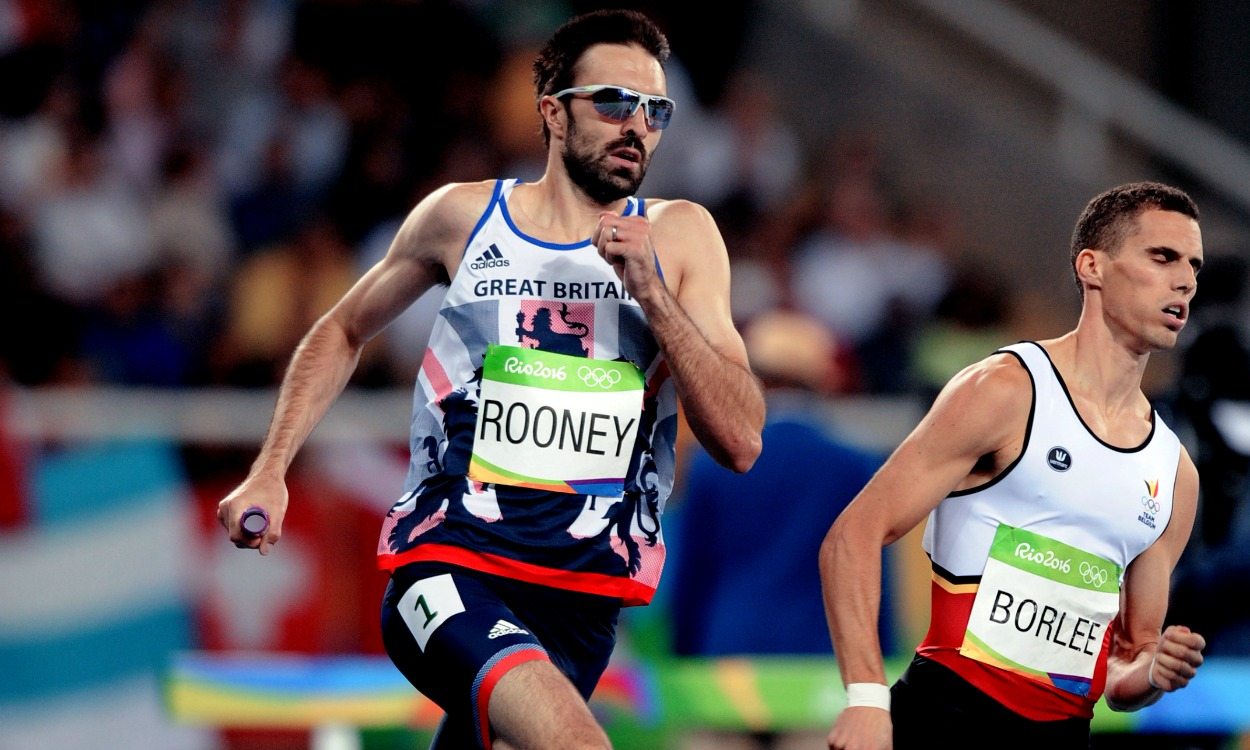 After an unsuccessful appeal, the GB men’s 4x400m squad will use the disappointment of disqualification as fuel on the fire ahead of next year’s World Championships

Martyn Rooney says that the British 4x400m relay team will use disqualification in their Rio Olympics heat as motivation ahead of next year’s IAAF World Championships.

The quartet of Nigel Levine, Delano Williams, Matthew Hudson-Smith and Rooney combined to clock 2:58.88 ahead of Belgium, Bahamas, Cuba and Brazil but were disqualified a short while later. The controversial decision meant Brazil secured a place in the final.

The reason for the disqualification was not confirmed until quite some time later, when British Athletics announced that GB had been penalised for Matthew Hudson-Smith being marginally outside the exchange zone as he was about to begin the third leg.

An appeal was submitted by the British team management, but the decision was upheld.

“Obviously I am gutted with the decision, the guys ran incredibly well and I am very proud of how they performed on what is the biggest stage,” said Rooney, who was also left disappointed with his individual performance in Rio as he went out in the 400m heats.

“Now we have to refocus and use this as motivation for London 2017.”

Speaking straight after the race and before the reason for the disqualification had been announced and appeal submitted, Rooney had said: “I was so proud of how the guys ran. We were in lane one and I know people have been taking about lanes a lot in this champs, but lane one is tight here.

Meanwhile, Britain’s 4x400m women successfully made it safely through to the final and went on to win bronze, with Eilidh Doyle, Anyika Onuora, Emily Diamond and Christine Ohuruogu running 3:25.88 for the nation’s first medal in the women’s event since 1992.